An Honor Guard Will Stand Post Over Deputy Redondo’s Remains 24/7 Until His Interment. 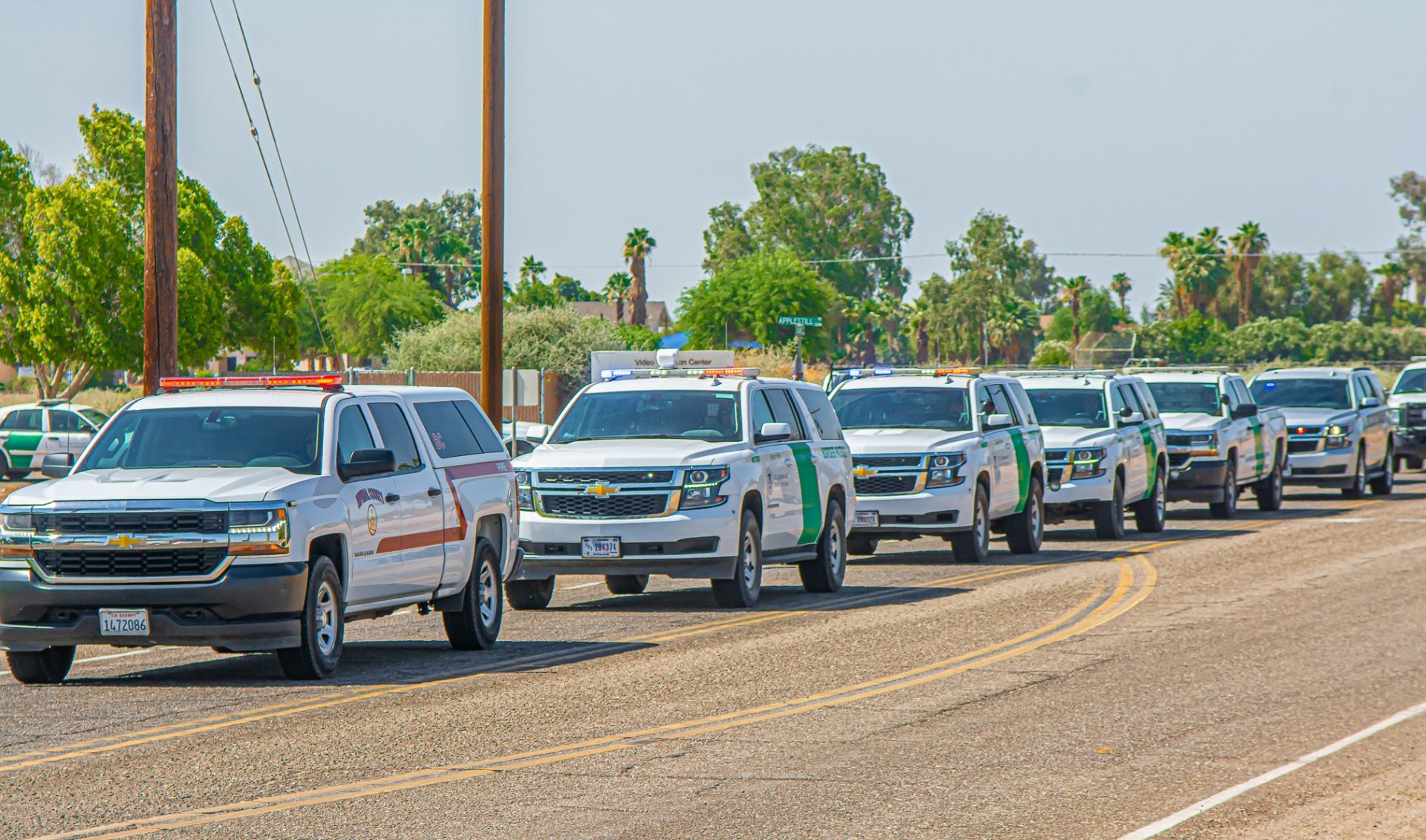 EL CENTRO — As a law enforcement procession escorted the body of Imperial County sheriff’s Deputy Anthony Redondo back to El Centro following an autopsy in San Diego on Monday morning, it was announced that flags at the state Capitol would be flown at half-staff in his honor.

Just as the procession pulled into the Sheriff’s Office headquarters on Applestill Road at 3:30 p.m., a news release arrived from the office of Gov. Gavin Newsom with a statement.

“Jennifer and I are deeply saddened by the loss of Sheriff’s Deputy Anthony Redondo, who was tragically killed while serving the people of Imperial County. On behalf of all Californians, we offer our heartfelt condolences to his family, friends and his colleagues at the Sheriff’s Office during this painful time,” stated Newsom in the release.

Redondo, 25, was killed in a collision at dusk on Saturday, June 26, as he was responding to a “mental health call within the area of Seeley” reported about 7:15 p.m. The collision occurred while Redondo was en route when his vehicle was struck by a pickup in the intersection of Aten and Forrester roads.

“We are forever grateful for Deputy Redondo’s service to protect our community and ultimate sacrifice in the line of duty. We mourn this tragedy and share our deepest condolences with his family, loved ones, and public safety colleagues,” Garcia stated.

Redondo, who was unmarried and had no children, is survived by his mother, Janelle Frazier, his siblings, and his stepfather, sheriff’s Sgt. Eric Frazier, head of patrol operations for the North County division, based out of the Brawley sheriff’s substation.

The late deputy was a patrol deputy based in the South County division, Chief Deputy Robert Benavidez said on Monday, adding that Redondo had been sworn in Sept. 11, 2020, and had finished the field-training phase of his hiring for four months before he died, meaning he was cleared to patrol on his own as a newer hire.

Services were still pending for Redondo as of Monday morning, Benavidez said, adding that until the family has selected a mortuary, his remains will be housed in a temporary facility at the Sheriff’s Office in which a 24-hour honor guard will stand post until Redondo is interred.

Benavidez added the honor guard will also move to the mortuary when the time comes. The chief deputy expects funeral arrangements to be finalized by Thursday, July 1.

Autopsies have been conducted in San Diego County for several months now at a new facility operated by the medical examiner under contract with the Sheriff’s Office.

It was clear on Saturday evening that the law enforcement community had been quick to rally around it’s fallen brother. Deputies at the crash site on Saturday could be seen in the background of photos appearing to embrace and console each other.

A coroner’s transport vehicle arrived at the crash site around 8:50 p.m. that night, and a law enforcement escort of at least a dozen vehicles ranging from sheriff’s, police, fire, and California Highway Patrol cruisers left the scene of the accident following the coroner’s transport at 9:20 p.m.

“The Imperial County Sheriff’s Office would like to express our sincere condolences to the family of Deputy Anthony Redondo who died as a result of a traffic accident last night while on duty. RIP Anthony,” the department’s End of Watch posts read on Sunday morning, June 27.