Arrested in Connection with the Death Was 54-year-old Shefner Larnell Moore of Brawley. 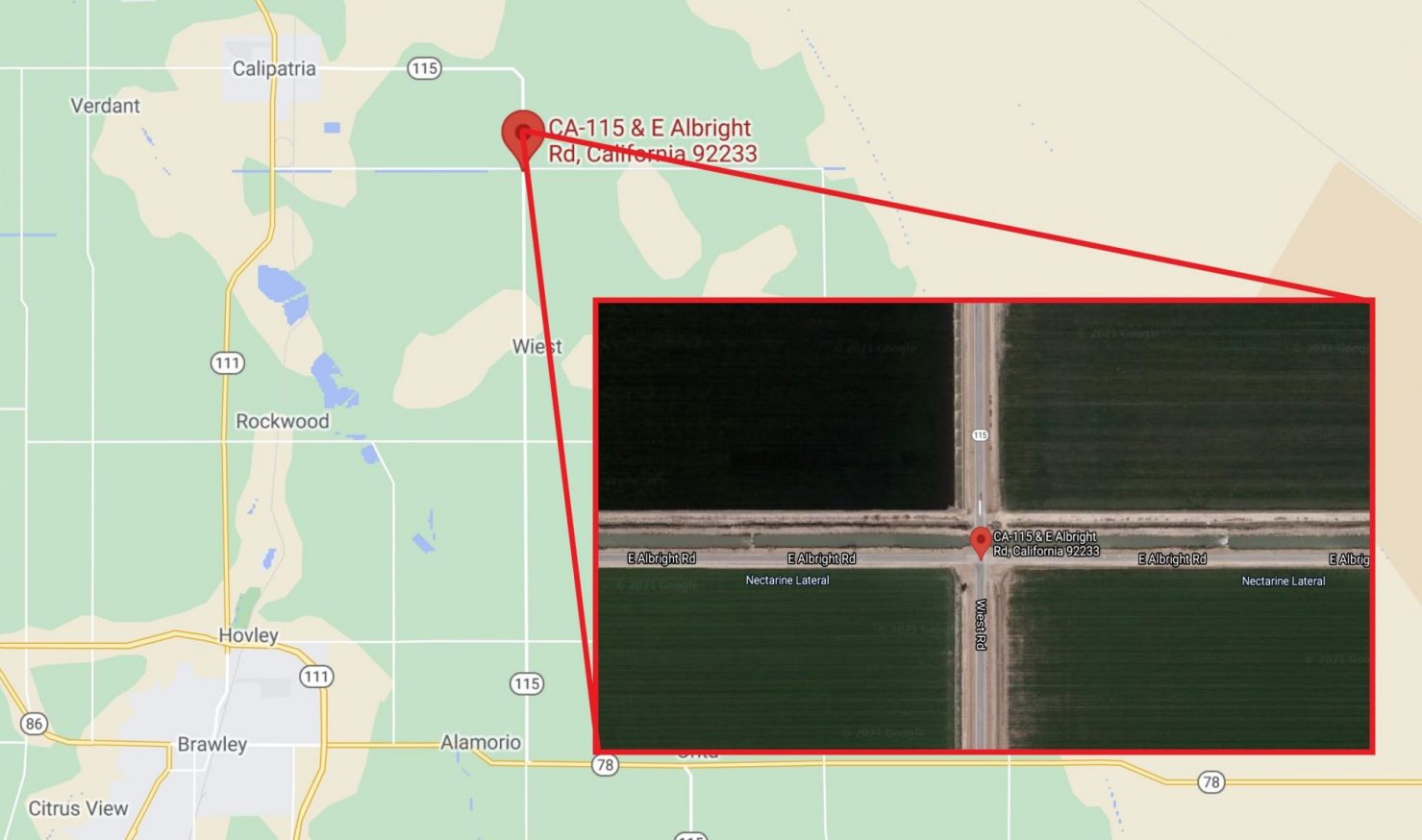 A red pin shows the approximate area where a Brawley man was killed during a collision southeast of Calipatria on Saturday afternoon, June 26, where California Highway Patrol officials say alcohol was a factor. | GOOGLE MAPS
Home
Public Safety
Share

CALIPATRIA — California Highway Patrol will be seeking charges of felony driving under the influence and gross vehicular manslaughter against a man accused of causing a collision on Highway 115 and East Albright Road that killed a Brawley resident on Saturday afternoon, June 26, southeast of Calipatria.

The 60-year-old driver of a Ford F-250 pickup died when he was broadsided and his truck overturned multiple times, landing on its tires. The man was ejected and died at the scene, according to Highway Patrol Officer S. Acevedo.

The man of suspected of driving while intoxicated, 54-year-old Shefner Larnell Moore, also of Brawley, was hurt in the collision and had to be airlifted by a REACH helicopter from the scene for treatment of internal injuries at Desert Regional Medical Center in Palm Springs, Acevedo said on Sunday morning, June 27.

Highway Patrol stated in a press release on Monday, June 28, that Moore had been placed under arrest on suspicion of felony DUI and manslaughter, although he remained hospitalized.

The collision occurred around 4 p.m. and both men were alone at the time of the accident, which happened about five miles southeast of Calipatria.

Acevedo cautioned some of the information is preliminary but “alcohol was a factor” in what appears to be a case where the suspected drunken driver did not yield at a stop sign on East Albright Road and drove westbound into the path of the F-250, which did not have a stop sign and was heading south on Highway 115 through the intersection.

The force of the collision sent the pickup tumbling and pushed the Fusion into a dirt embankment on the side of the road, Acevedo said.

No names were immediately available, and Acevedo did not have a condition on the suspected drunken driver. He added the case is still under investigation.