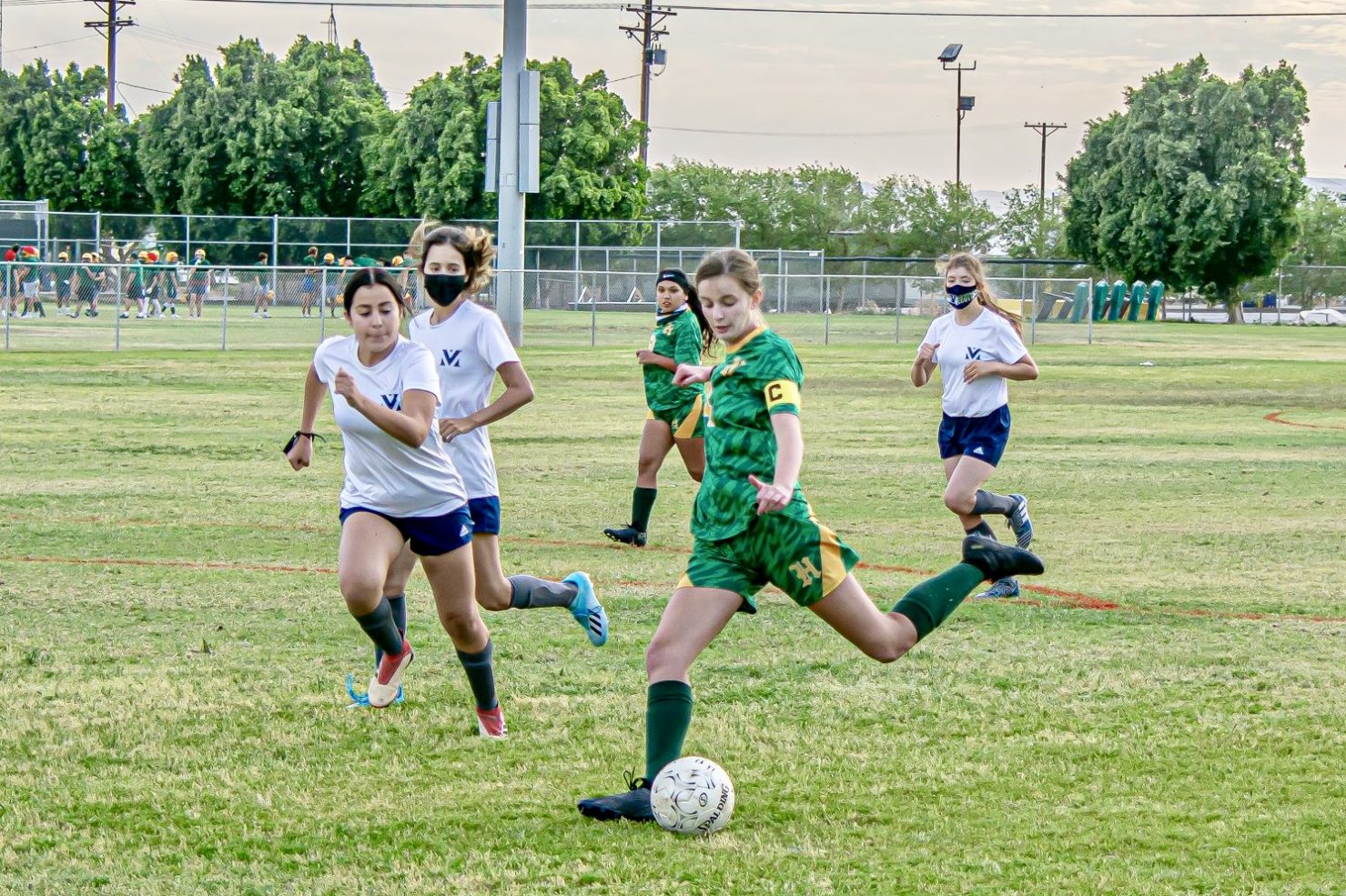 HOLTVILLE — Senior Amanda Strahm led the Holtville High School girls’ soccer team to an undefeated Desert League record and was recently rewarded for her efforts by being named league Most Valuable Player in a vote among league coaches.

Strahm and the Vikings went 9-0 in DL action, and for the first time in school history made it to the CIF-San Diego Section Division V championship game. In that final game, Holtville came up just short, losing to Orange Glen of Escondido, 3-2.

The senior midfielder led Holtville in goals scored and was a four-year starter for the Vikings.

In her first year at the helm of the Holtville girls’ soccer team, Sadie Ming was named Desert League Coach of the Year.