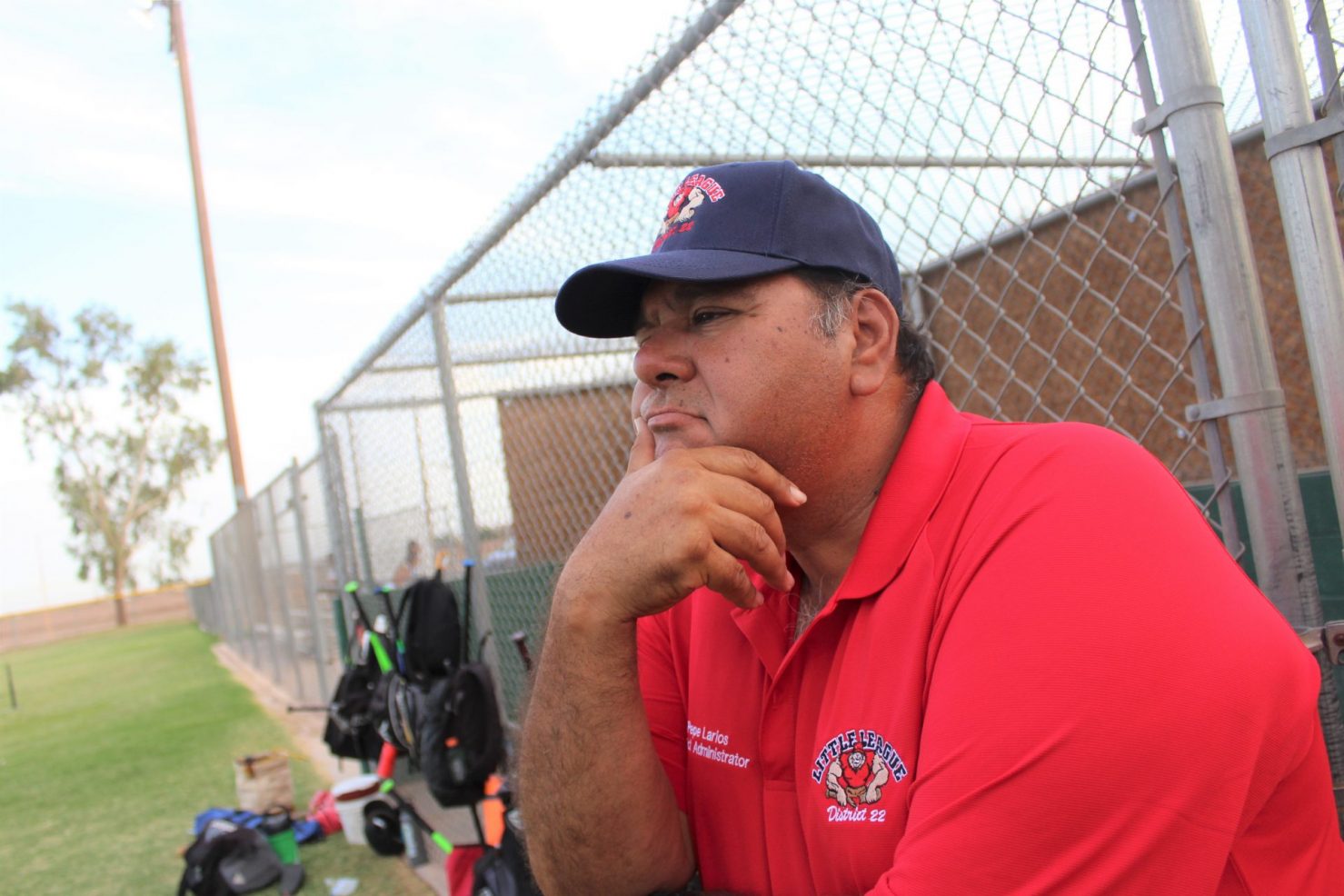 Jose Larios Gets Ready for the Upcoming 12-Under All-Star Tournament.

Serving as the Imperial Valley’s local Little League District 22 commissioner the first time around was easy compared to the challenges Jose Larios has faced in his second term at the helm of the local youth baseball organization.

Larios, who served as District 22 commissioner from 2012-2015, returned to the top seat this year and was faced with a myriad COVID-related issues before any kids could take the field.

“Uncertainty was probably the biggest thing we faced,” said the 54-year-old Larios, who was the District 22 assistant district administrator from 2015-2021. “With all the COVID restrictions, we had to figure out how to keep the kids and the parents safe.”

Local Little Leagues were unsure if play would even be allowed in 2021 after losing the entire 2020 season. Larios said the green light was given in late March that leagues could begin, whereas normally signups would begin in January.

“Once we got the OK, some leagues were up and running in two weeks,” said Larios, who got involved in Little League when his children were playing in Holtville. “I wanted to get the kids out there playing as soon as possible. They had missed all of 2020 and they needed to just get out there.”

Larios said in a “traditional” year, Imperial Valley Little Leagues would see upward of 1,500 kids playing baseball. However, this year he estimated the number of participants to be between 600 and 800.

The Little League 12-Under All-Star teams typically get the most attention with all the coverage from ESPN as the young players try to make it to the hallowed grounds of Williamsport, Penn. To do so, teams must go through the district tournament, a section tournament, and a regional event to earn a berth in the Little League World Series.

“My biggest enjoyment as commissioner is seeing these Valley kids go to sectional tournament in San Diego and compete,” Larios said. “They get there and they are wide-eyed and then you see them have some success and you can see in their faces they realize they can win.”

With the District 22 12-Under All-Star Tournament getting underway on July 8, Larios said the winner won’t have to travel very far as the Imperial Valley is hosting the Section 7 tournament, which is normally held in the San Diego area.

While the main spotlight of Little League is typically cast on the 12-Under All-Star teams, Larios also oversees a Minors division with players between the ages of 8-10, with Majors being for those 10-12, and a Juniors division for players 13 and 14 years old.

“With the high schools not having a junior varsity this year due to COVID, we saw a spike in the number of Juniors playing,” said Larios, who oversees six postseason tournaments in his role as district commissioner.

“My biggest job as commissioner is to have a complete understanding of the rules and follow the rules,” Larios said. “You have to have the commitment to let the kids play and keep the parents under control.”