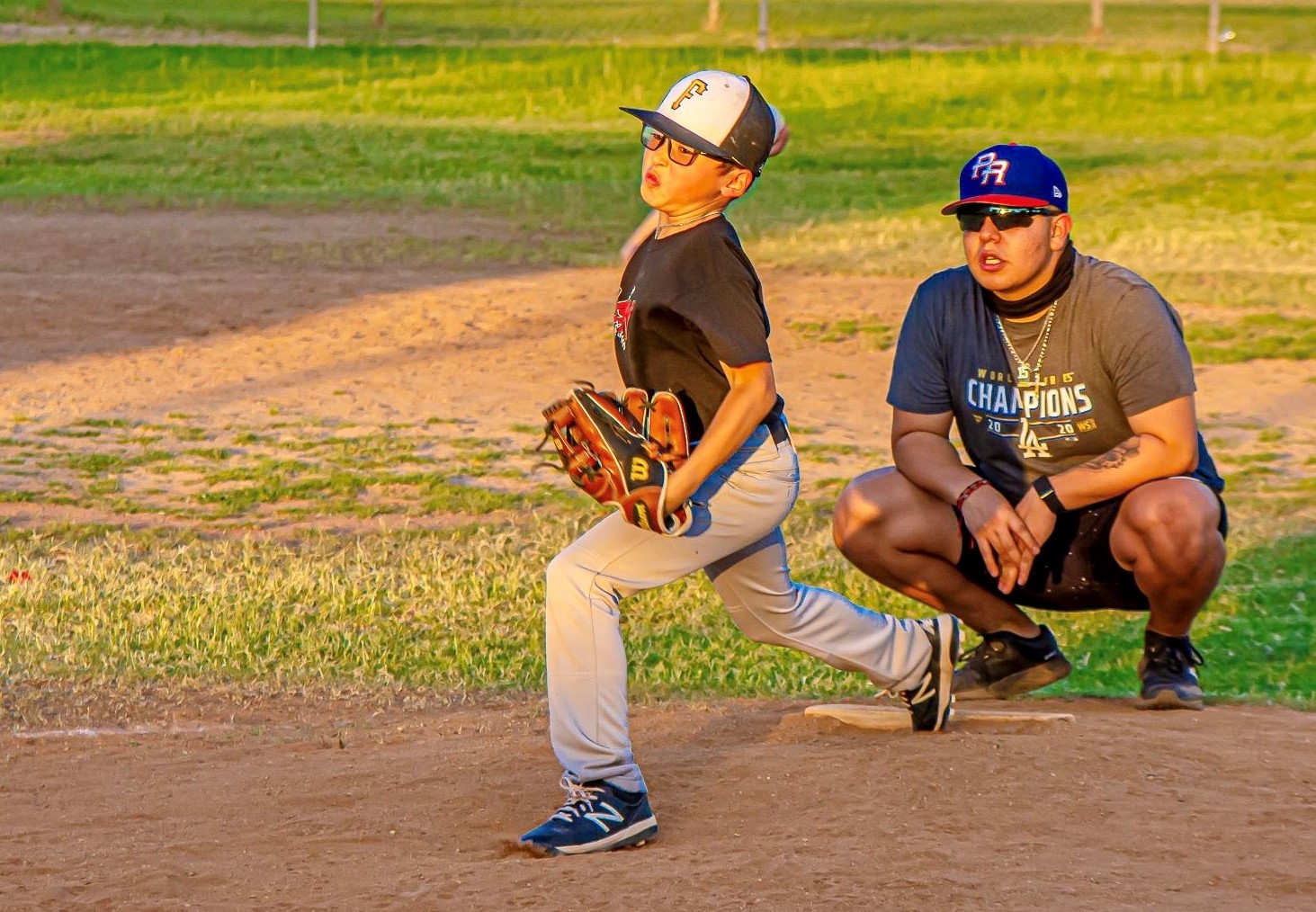 Calexico Little League All Star Isaak Rojas, 10, works on his pitching form under the watchful eye of coach Diego Briseno at the Calexico Little League Field. The 12-Under All Stars begin play in the District 22 tournament on July 8, hosting Imperial. | CAMILO GARCIA JR. PHOTO
Home
Sports
In Sports

12-Under Squad Gets Ready for District 22 Tournament.

CALEXICO — After skipping 2020 due to COVID, one of the most celebrated events in the country returns in August with the Little League World Series in Williamsport, Penn.

But first, teams have to get through district, sectional, and regional tournaments to reach the hallowed grounds in Pennsylvania. The Imperial Valley’s District 22 All-Star 12-Under Tournament gets underway on July 8 with each one of the participants dreaming of making it to the big time on ESPN.

Calexico’s 12-Under All-Star team has been hard at work on the practice field after a quick regular season. Only three teams competed in the Majors Division in Calexico due to a COVID-delayed start to the season and confusion on if there would be a season or not.

“We had a lot of people come up after the signups were over and the league had started saying they didn’t know we were playing,” said Melissa Marin, Calexico Little League’s secretary. “We did the best with what we had and the kids were able to at least get something this year.”

Coaches for the Calexico All-Stars are Diego Briseno, Ernesto Chong and Rafael Lopez.

“The team is looking pretty good considering the short season we had,” Diego Briseno said. “It seemed like most of our concerns during the season were with the COVID protocols but now things are opening up a bit and we are able to do more hands-on coaching,”

The Calexico team opens the District 22 tournament at home on July 8, hosting Imperial.

“I think we are going to do great,” said Rojas, one of the two youngest players on the team. “We have a lot of great talent on the team and if we all work together I think we can beat anybody in the Valley.”

Rojas said he has been putting in work on the mound and at shortstop with the all-star team, but is willing to play anywhere to help the team.

“I know I’m playing with the older kids and if I keep working hard I know I’m going to slowly get better,” said Rojas, a fifth-grader at Heber Elementary School. “I knew I could make it to all stars but I just kept working so I wouldn’t get left out.”

Briseno, now in his sixth year of coaching youth baseball, likes the attitude his team has displayed during the first few weeks of practice.

“A lot of these kids don’t play baseball year-round,” Briseno said. “These kids can’t afford to play travel ball, so they love being on the field with the chance to compete. The team is looking good and these kids are going to battle and be scrappy and I know they will never give up.”