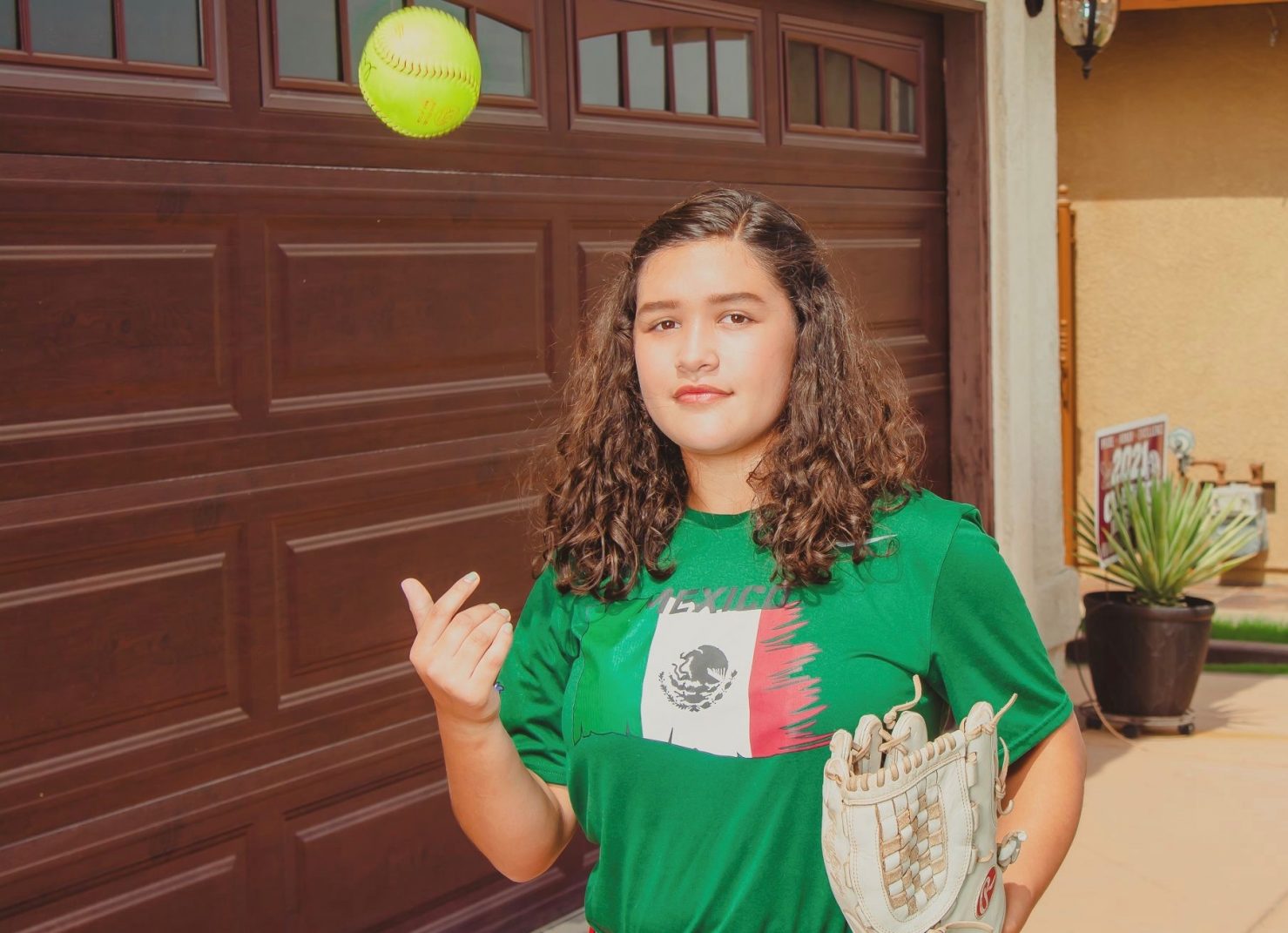 CALEXICO — Isabella Esquer, a 13-year-old incoming freshman at Calexico High School, doesn’t get intimidated on the softball field, but even she had to admit that representing Mexico and playing against college-aged players was a bit overwhelming.

Esquer was selected to represent Mexico at the Triple Crown Sports International Challenge in Westminster, Colo., June 25-27, an event that was postponed in 2020 due to COVID. The postponement gave some girls the option to return and play in 2021 even though they’d already been in college for a year.

The event featured American-born players representing their country of heritage and saw more than 20 teams competing for the gold medal. It is billed as a showcase for college coaches and an opportunity for coaches of other countries looking to fill future national team rosters.

“These were very high-level, elite players,” said J.J. Jimenez, coach of the Mexico White team that featured players from Southern California, Arizona and Texas. “I had a roster of 19 girls and a last-minute drop was one of my catchers who also played in the field, and I knew Isabella could do the same thing and be a versatile player for us.”

Jimenez is a 1989 graduate of Brawley Union High School and runs the Elevate-1 travel softball organization that features 30 teams throughout the Southwestern United States. He said Esquer is on the path to becoming an outstanding collegiate athlete.

“I know she was young for this team but I wanted her to learn and compete at this higher level,” Jimenez said. “In the end, she is going to take away from this an invaluable experience and be ready to go for next year’s event.”

Esquer started playing softball at age 3, so she’s used to going against older competition. But the skill level she saw in Colorado was the best she has seen.

“These girls had been playing a lot longer than I have,” said Esquer, who plays locally for E-1’s travel team. “I didn’t expect to be on a team like that so soon, but it wasn’t uncomfortable, it was a great opportunity for me to learn.”

The Mexico White team had just one day of practice together prior to the start of the tournament and it showed with an 0-3 finish in pool play before starting bracket play on Sunday, June 27.

In bracket play, Mexico White upset the top-seeded Philippines, 1-0, in the first round to advance to the quarterfinals against Canada Red. That’s where the upsets ended as Canada defeated Mexico, 9-0.

“The competition level was very different than what I’m used to seeing,” Esquer said. “The pitching was a lot faster and a lot more consistent. I was able to learn a lot from my teammates.”

Esquer managed to get a few innings in the outfield and a few in the infield for Mexico and while she didn’t get a hit in her two at-bats, she did make contact each time she stepped to the plate.

“She’s a really coachable kid and she has such a bright future in softball if she continues to stick with it and work as hard as she has been,” Jimenez said. “She is a great student-athlete and an experience like this will make her a leader among her teammates.”