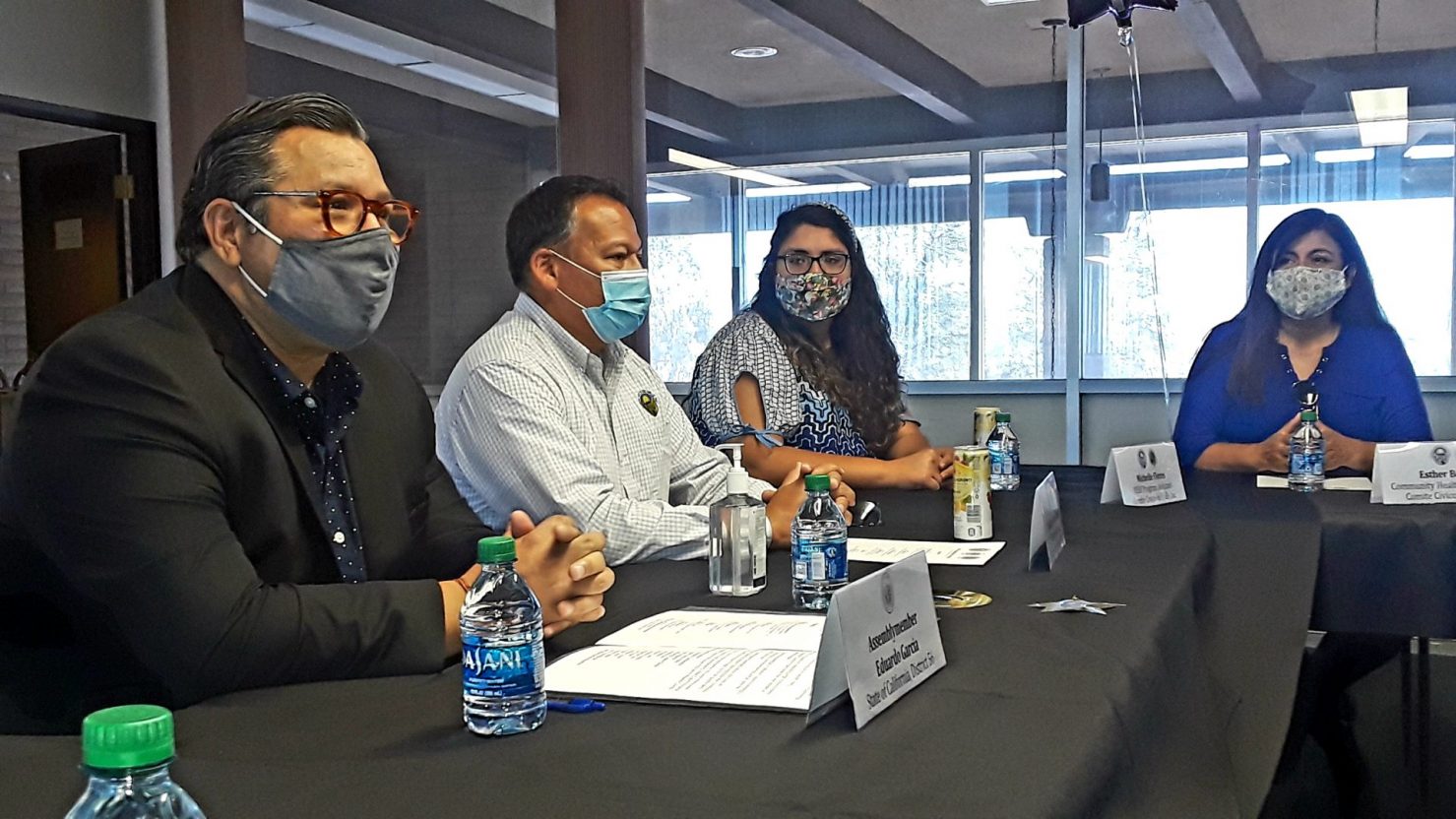 IMPERIAL — Comite Civico del Valle and Assembly member Eduardo Garcia, D-Coachella, celebrated the closing of the Youth Environmental Health Internship (YEHI) cohort 2021, where 12 students from the Imperial Valley participated for the last three months, during an event at Garcia’s office on June 25.

The YEHI is focused on preparing high school students around Imperial County to become the next leaders in environmental health, according to a CCDV press release.

Interns acquired knowledge in different aspects relating to air quality, advocacy, environmental justice, and the policymaking process. In addition, participants learned about the IVAN air-monitoring program to inform and educate the community about air quality and how to sign up for air-quality alerts.

“We provide the tools for them to become civically engaged … sometimes there are gaps in education, and educational programs like the YEHI are trying to fill in those gaps to empower the youth leaders to take action in their own community,” Comite Civico Executive Director Luis Olmedo said, expressing his satisfaction to have the fourth generation of YEHI students. Olmedo also thanked Garcia for being a champion of climate change in California with his legislation.

“We spent two hours, not only talking about what they’ve learned but ideas of public policies proposals that can potentially be speared ahead either locally or at a astate level,” Garcia said of the event at his office at the Imperial County airport in Imperial.

This year, due to the COVID-19 pandemic, the internship sessions were held virtually and the cohort closing ceremony was celebrated in Garcia’s local office instead of the Capitol in Sacramento, as it would normally be as part of the internship experience. During this event, students and their parents had the opportunity to express concerns and interests with the state legislator and Comite Civico representatives about their community. After sharing their experience being part of the YEHI program, the former interns were recognized with a Certificate of Assembly and a scholarship.

Itzel Landeros, a high school senior from Central Union High School in El Centro, said it was a great opportunity to combine her hiking hobby and future career goals. She’s about to start her educational journey at Imperial Valley College to become a lawyer. After being in the YEHI, she’s thinking of focusing her path as an environmental lawyer.

Lina Otero, as a parent of a Brawley Union High School student, said she was happy that Comite Civico takes the initiative to educate and introduce youths to get involved in local issues to be part of the solution.

The enrollment for the next YEHI could begin in September and will be available for Imperial Valley students in ninth through 12th grades. More information is available at https://www.ccvhealth.org/