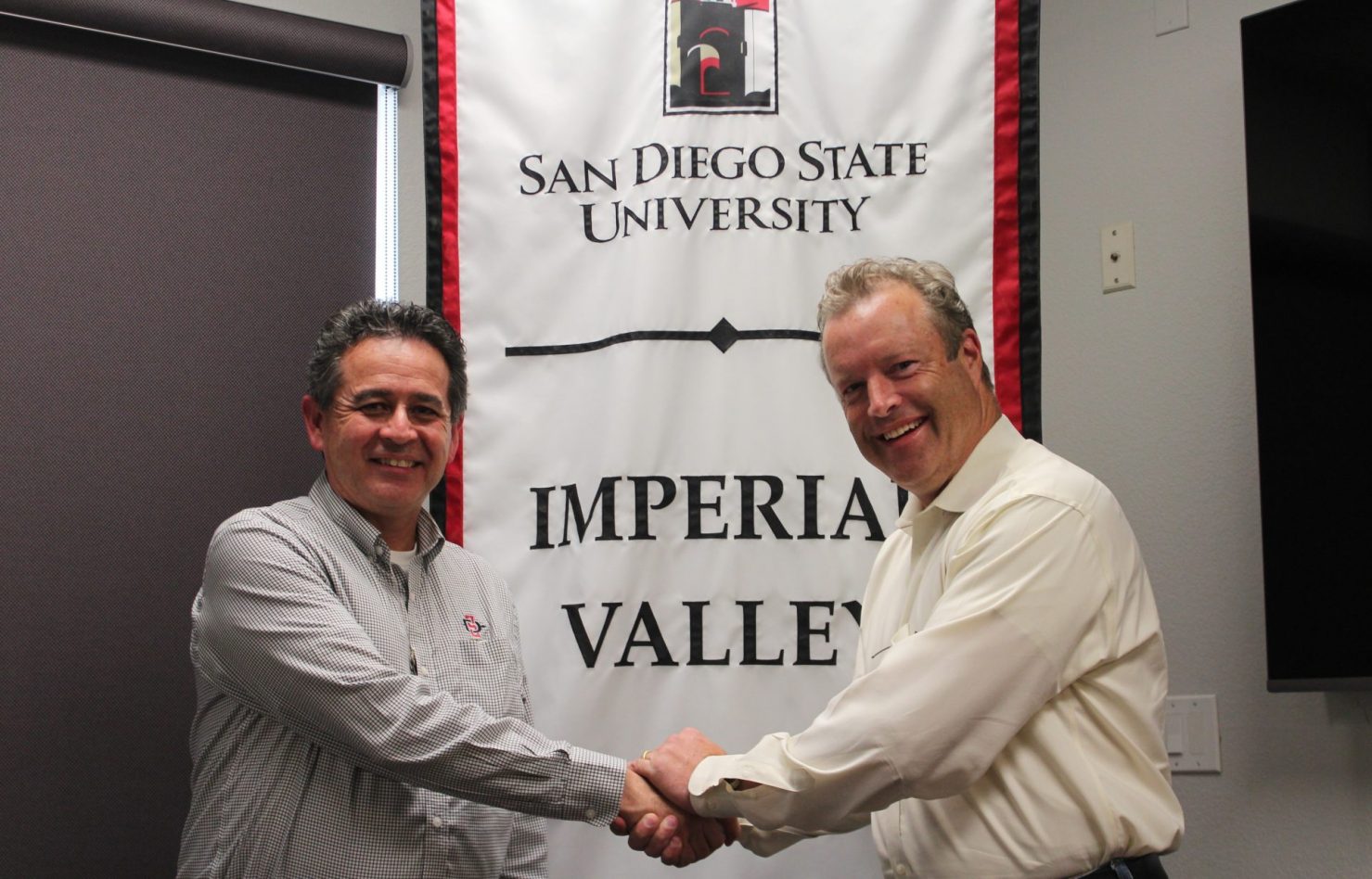 Wheeler’s new role was shared following Dr. Gregorio A. Ponce’s announcement that he would complete his tenure as dean in August and return to the faculty in January 2022. SDSU President Adela de la Torre and Provost Hector Ochoa initiated the process to seek nominations for an interim dean following Ponce’s announcement.

Wheeler will be responsible for continuing the commitment to growing the Imperial Valley’s only public four-year university to meet the community’s needs during the leadership transition.

“Dean Ponce has done an excellent job,” Wheeler said. “His vision for this campus inspires me. He has been a kind and insightful mentor. We are at a pivotal moment in the history of the SDSU-Imperial Valley campus.”

Wheeler added, “President de la Torre and her leadership team are committed to fostering the development of undergraduate and graduate academic programs in Imperial Valley. I am honored to have been selected to serve as interim dean during the critical period.”

Meanwhile, Ponce is looking forward to going back to the faculty role, which he loves. He was appointed interim dean for SDSU-Imperial Valley in 2015 and dean in 2017.

“The campus is poised to go to the next level of its transformation to better serve the higher education of Imperial Valley,” Ponce said, adding, “Having Mark at the helm, with his years of experience at the San Diego campus and his passion to transform SDSU-Imperial Valley into a full four-year university, will help keep our momentum moving forward.”

Wheeler joined SDSU-Imperial Valley as associate dean in 2020, at a time when the university had started expanding degree programs, support offerings and increasing enrollment.

Just this year, SDSU-Imperial Valley announced that in fall 2021, it will introduce:

Wheeler joined the SDSU Department of Philosophy in August 1995 as an assistant professor. His research has been in ancient Western philosophy, contemporary value theory and contemporary metaphysics.

SDSU will conduct a nationwide search for a new dean for SDSU-Imperial Valley beginning in fall 2021.