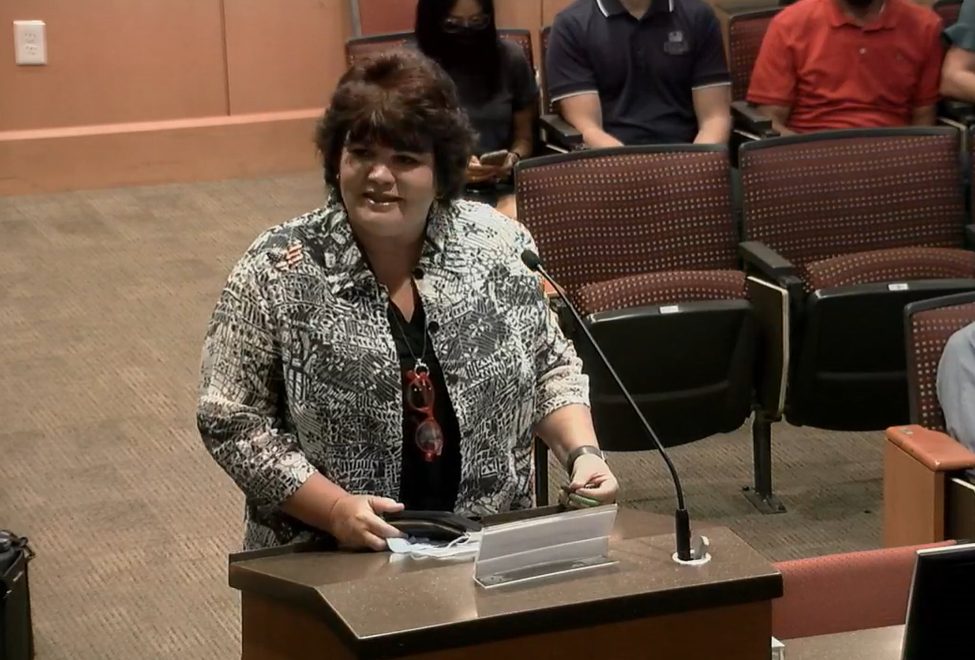 EL CENTRO — Changes are afoot for the El Centro Regional Medical Center Board of Trustees, which will add the hospital’s chief executive as a voting member, as well as raise the number of seated community members from three to four.

The changes were authorized by the El Centro City Council during its regular meeting on Tuesday, July 6, yet not without some debate that questioned the intent of adding another member of the public to the current seven-member board.

Prior to voting against the proposal to add a fourth community member, Mayor Pro Tem Tomas Oliva alleged that the plan was nothing more than an attempt by Mayor Cheryl Viegas-Walker to appoint the candidate of her choosing, former Mayor Efrain Silva, to the board.

Tomas also questioned why the council was considering adding more voting members to the board at a time when the city’s plans for the hospital remain uncertain, including the hospital’s affiliation with the University of California, San Diego, which is set to expire at the end of the year but is also currently being renegotiated.

“I certainly don’t understand why we’re talking about a recomposition of the board,” Oliva said.

He further indicated that he had specifically ran for a council seat in 2018 so he could potentially serve on the hospital board, as two current council members do. Yet that opportunity has not presented itself because of how the appointment process works.

He suggested that instead of creating an additional board seat for a member of the public, why not add another seat for a council member.

In response, Viegas-Walker said that the eight applications that members of the public had recently submitted to serve on the hospital board represented an increased interest by the public.

Although former mayor Silva was among the eight applicants who had applied to fill three scheduled vacancies, the council unanimously voted to reappoint ECRMC board president Amanda Brooke and secretary Joe Picazo Jr. to two of the seats occupied by members of the public.

Viegas-Walker was the third trustee whose seat was set to expire and who the council also chose to reappoint during its June 15 meeting. The seven-member board is currently comprised of three community members, two UCSD representatives and two City Council members, which includes council member Edgard Garcia.

Community members serve for three-year terms and provide a greater level of continuity in comparison to the council members who are restricted to one-year terms, Viegas-Walker said.

She also took offense with Oliva’s assertion that it was her intent to appoint Silva once the re-application period was closed.

“I’m a little stunned that you would, in my mind, somehow cast this as some giant scheme where we are manipulating things behind the scene, because that is absolutely and categorically not true,” she said.

Ultimately, the council voted 3-2 in favor of adding another trustee’s seat to the board for a member of the public, with council member Martha Cardenas-Singh joining Oliva in opposition.

During her remarks, Cardenas-Singh had indicated that the two council members currently on the board could be considered extensions of the public’s interest. And when added to the three currently seated community members, reflect a strong voice to advocate for the public.

The application period will be extended for 30 days, after which time they will be reviewed in order to make a recommendation. Pursuant to board policy, Viegas-Walker, as mayor, has the discretion to appoint the new trustee. That selection is expected to be made during a council meeting in September.

The vote to add another trustee’s seat for a community member was one of a series of proposals relating to the structure of the ECRMC board and its policies that the council considered during its July 6 meeting.

In a separate vote, the council voted unanimously to maintain the voting rights of Chief Medical Officer Christian Tomaszewski. Viegas-Walker said she initially had proposed removing the CMO’s voting rights but reconsidered after being strongly advised against it by hospital medical staff.

The council also voted unanimously to add ECRMC CEO Dr. Adolphe Edward as a voting member to the board, and roundly praised his leadership when the proposal was discussed.

“Dr. Edward should have a vote,” Cardenas-Singh said. “He has his finger on the pulse.”

City attorney Elizabeth Martyn said Edward would likely have to recuse himself from voting on certain matters if it presented a conflict of interest.

The council also approved proposals to amend certain language in the board’s policies and bylaws that would help eliminate confusion and redundancy.

In other related news, ECRMC Chief Nursing Officer Tara Mitchell notified the council that the hospital is in the process of adopting an electronic medical record system that will make it easier for physicians and patients to access their medical records.

The project is expected to get underway in about two weeks and be completed in the fall of 2022, Mitchell said.