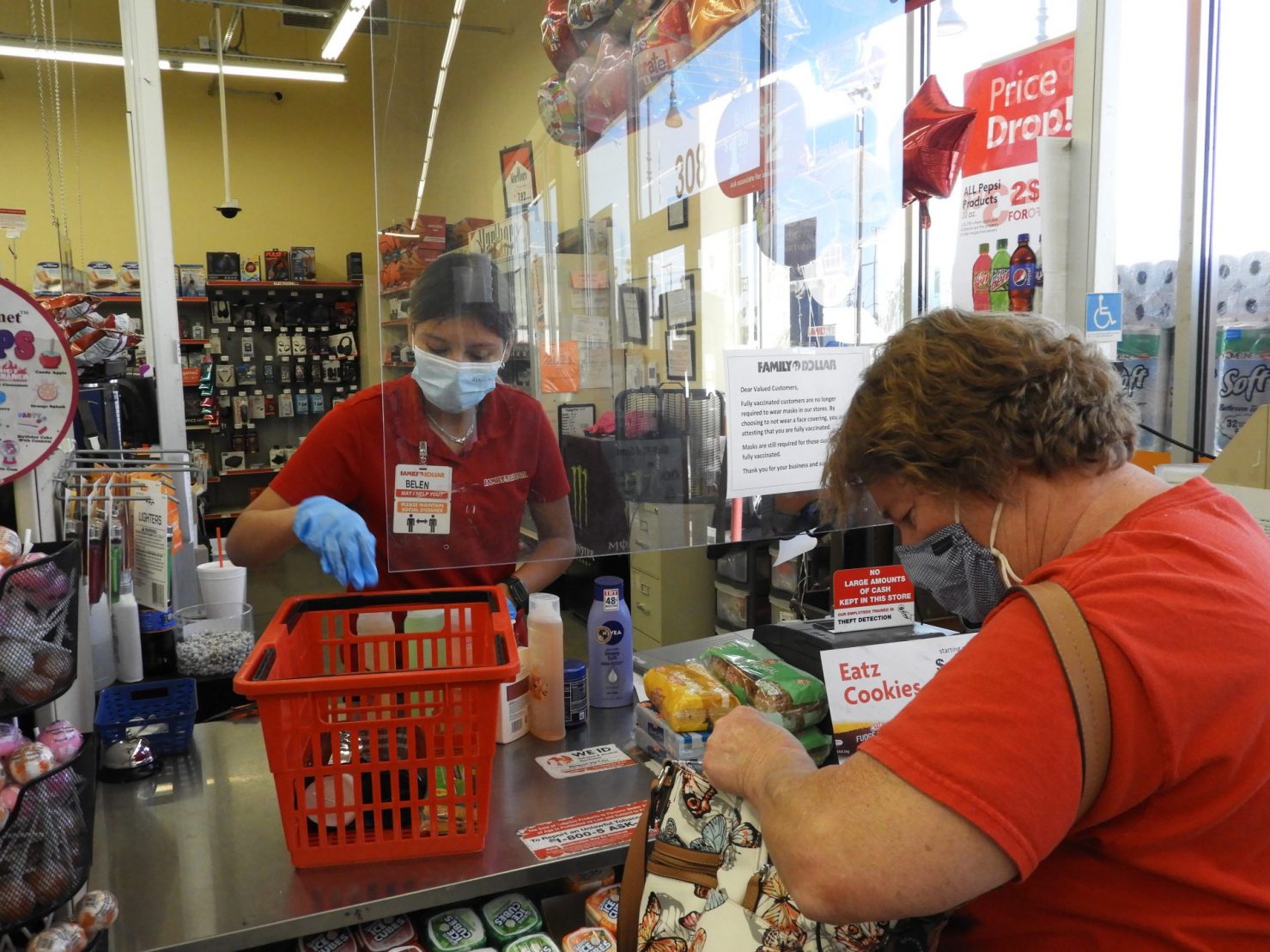 HOLTVILLE — While many cities around the region and state struggled financially during the pandemic — and Holtville was no different — it did get a little unexpected budget bump from its new dollar stores.

As the city passed its largely unchanged budget for fiscal 2021-2022 last week, City Manager Nick Wells informed the Holtville City Council that things could have been worse had it not been for an expected surge in sales-tax revenue during 2020-2021 due largely to pandemic-related spending habits.

“We all do our once-a-week trips into El Centro, but since Lucky’s closed and Family Dollar and Dollar General opened, people are staying in town when they need to run to the store quickly,” Wells told the council on June 28. “That means we aren’t bleeding as much money.”

Although sales taxes overall were down over the previous two years, what had been projected the state Department of Finance and the League of California Cities for fiscal 2020-2021 was about $260,000, and went the city closed its book on June 30, the actual was to be closer to $309,000 in sales taxes.

“We did really good. I think it was the first time in years that our stock room was empty,” said Daniela Vasquez, assistant manager at Family Dollar in Holtville, on Tuesday, July 6. “We couldn’t keep up with product on our shelves and stuff. I guess a lot of people were scared to go to the bigger cities, where there were a lot more people and stuff, so a lot of people shopped locally.”

That was the case for Holtville resident Esmerelda Angulo, who was shopping Dollar General on Tuesday, which opened its doors in October 2020.

“I do all my grocery shopping at here,” Angulo said. “It’s close and convenient, and I don’t haven’t wanted to go into the bigger towns since the pandemic started.”

“Family Dollar is close and has a lot of specials,” said Amy Garcia of Holtville. “I try to shop locally and close to home.”

Shopping locally — and encouraging it among city staff — was something important to Wells and it showed in the budget.

He said the effect also extended to online shopping.

Wells also attributed increases in online spending due to COVID as one of the reasons for the sales tax increase, reminding the City Council last week that “Amazon is a point-of-sale business, so the sales tax from all those purchases goes to the city.”

“I tell my staff all the time, unless you are out of gas, buy gas here,” he said.

The budget that was passed last week comes with a general fund that is actually expected to have a general fund balance in the black at the end of the fiscal year. The general fund is the chief operating budget from which a city pays its salaries, benefits, and major costs of doing business.

Wells reported that city is projected to a see a $8,176 surplus, with general fund revenues of $2.98 million.

Wells and city staff based this year’s budget on last year’s numbers, describing it as a “pretty standard budget, with no big-ticket items.”

He also explained that most adjustments for the budget from last year to this year where within the payroll portions of the budget, which was treated as a separate agenda item in the same meeting. California has a minimum-wage increase schedule for Jan. 1, 2022, halfway through the fiscal year, which will increase the minimum wage from $14 an hour to $15 an hour, which city staff needed to take into account.

City staff would be receiving a 2.5 percent raise in the upcoming fiscal year as well, based on previous negotiations from 2019.

Despite these added payroll expenses, the extra dollars from the city’s dollar stores we a big help.

“We weren’t sure what was going to happen last year,” Wells said referring to the uncertainty of COVID and the lingering pandemic’s effect on the economy. “We ended being OK, and came out pretty close to balanced, but we weren’t sure for a while.”