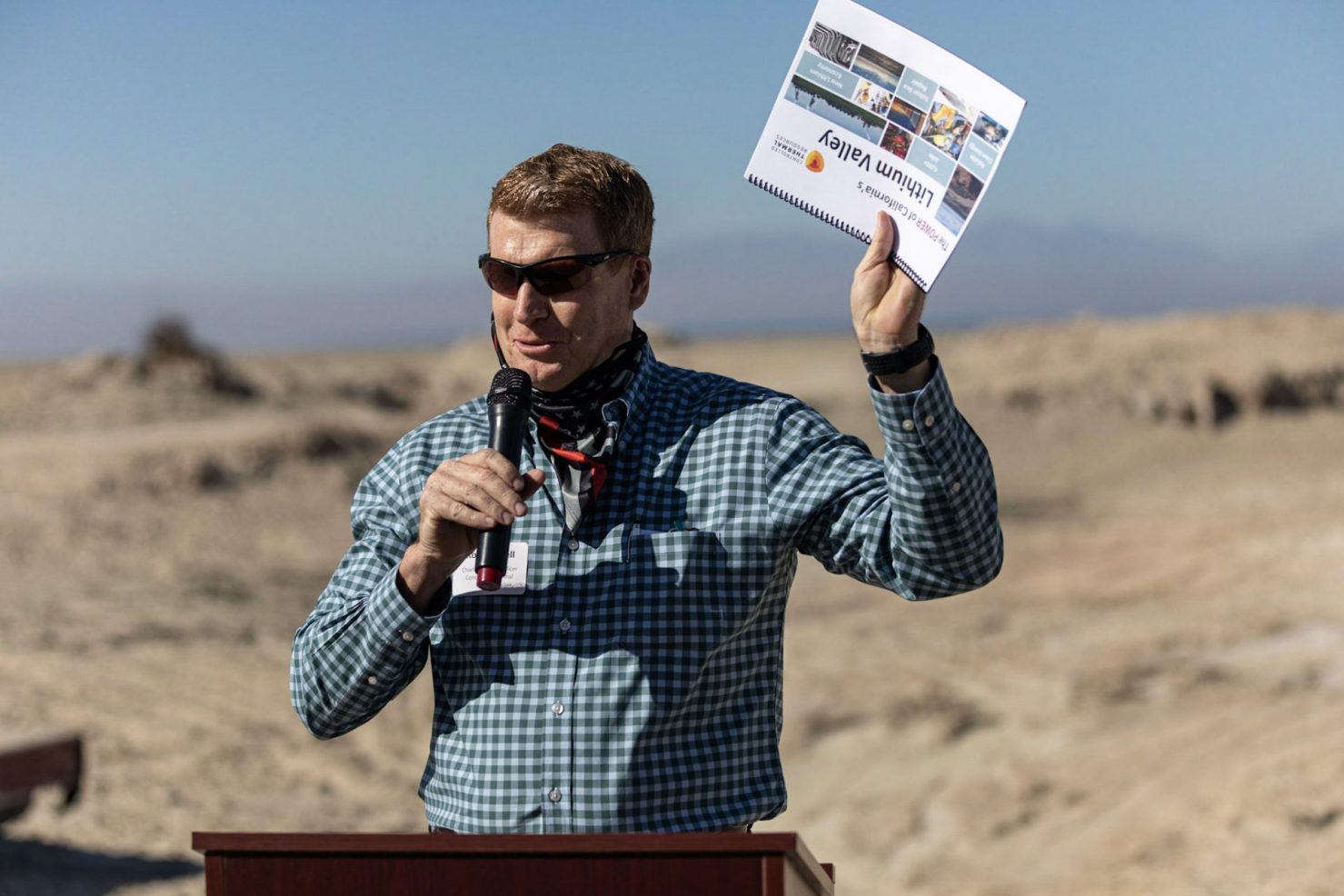 Controlled Thermal Resources in the News Again, This Time for Deal with Stellantis

SALTON SEA — French-Italian automaker Stellantis is the second major company to enter into an agreement to acquire lithium for its electric vehicle fleet from Controlled Thermal Resources’ Hell’s Kitchen project still under development, according to a report from Reuters on Friday, July 9.

Billed as the fourth-largest automobile manufacturer in the world, Stellantis announced deals with Controlled Thermal Resources and a second lithium project out of Germany during an announcement on its “comprehensive electrification strategy” at a media event in Amsterdam, Netherlands, the company’s headquarters, on Thursday, July 8.

It was part of a plan to invest more than 30 billion euros ($35.54 billion) through 2025 on electrifying its vehicle lineup, according to Reuters.

Stellantis owns numerous vehicle brands, many of which started out as American companies, including Jeep, Chrysler and Dodge/Ram, and is also well-known for its other lines like Alfa Romeo, Fiat, Maserati, Peugeot, and several others, all of which were part of the electrification announcement, a press release on the French-Italian auto giant’s website stated.

The company had announced on July 8 that it had signed a memorandum of understanding with CTR along with Germany’s Vulcan Energy Resources Ltd for access to the metal that is the primary component of the rechargeable lithium-ion batteries that will power Stellantis’ fleet, according to Reuters.

Spokespersons for CTR and Vulcan, both with offices in Australia, could not be immediately reached for comment, Reuters said.

On July 2, CTR and American automobile manufacturer General Motors announced that GM was investing in CTR’s Hell’s Kitchen project and would be first in line to lithium produced from the project’s geothermal thermal bring extraction process, the secondary process to the geothermal energy to be produced at the Salton Sea Known Geothermal Resource Area.

The Salton Sea Known Geothermal Resources Area is what has been identified as a subterranean reserve of geothermal energy beneath the southeastern end of the Salton Sea.

Referred to only as a “multi-million-dollar investment,” the GM-CTR relationship is part of a larger “$35 billion global commitment to EVs (electric vehicles) and autonomous vehicles,” according to a separate GM press release issued on July 2.

Reuters reported that CTR has said it could be producing 60,000 tons of lithium — enough to make roughly 6 million electric vehicles, depending on design — by 2024.

Although it isn’t known for sure, the timing of both announcements appears to coincide with the California Public Utilities Commission’s June 24 announcement that it proposing that 1,000 new megawatts of energy come from geothermal sources by 2026, an announcement that opens the door for the geothermal development at the Salton Sea needed as part of the lithium mining process.