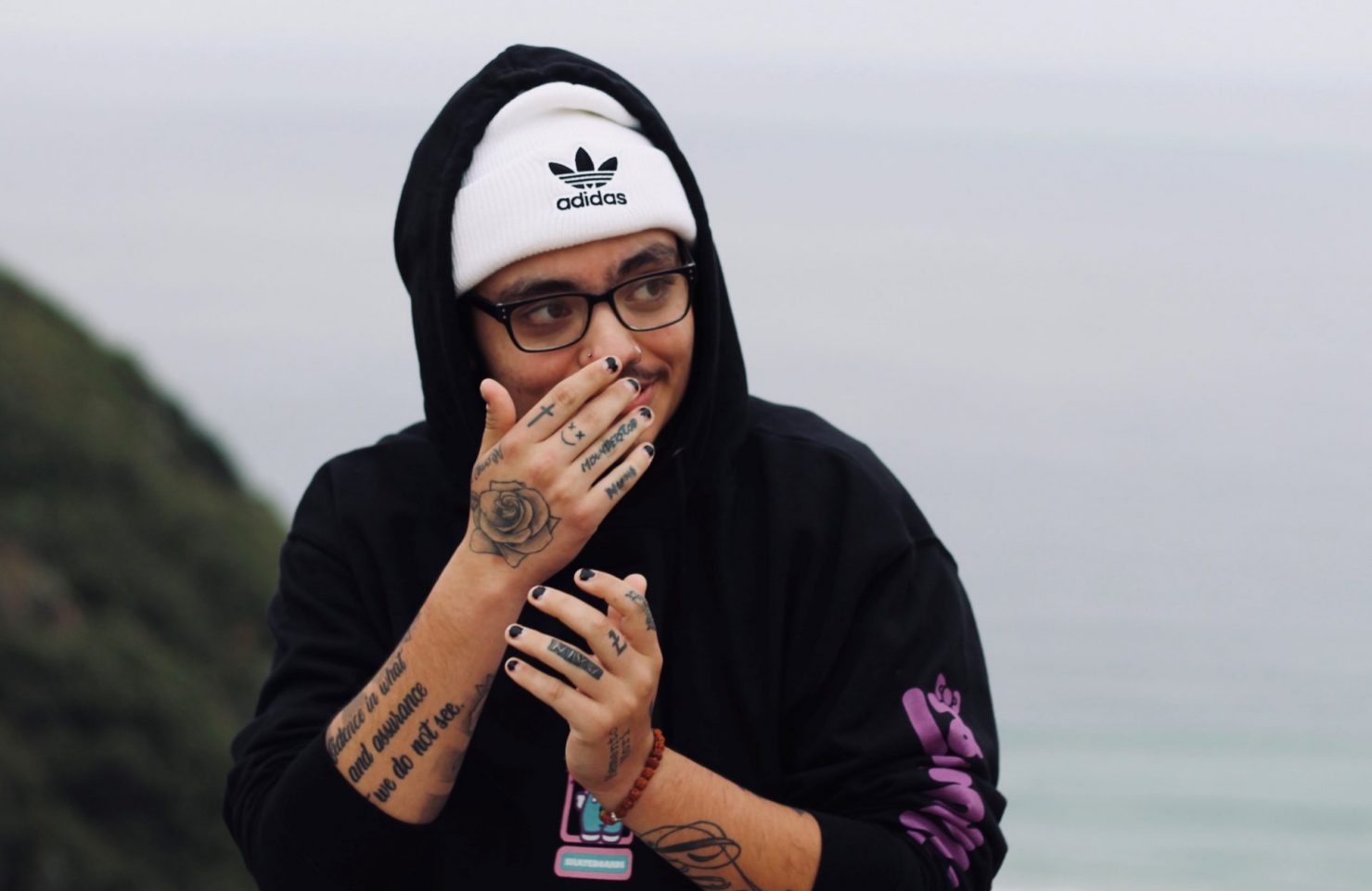 “Music saved my life,” said the 19-year-old Kirby, who was raised in Calexico and graduated from Holtville High School in 2019.

Unafraid to share events from his personal life, Kirby said he has been battling anxiety and depression since he was 9 years old and found that his music “was a coping mechanism,” he said during a recent interview.

A resident of Temecula, where he works at an auto dealership, Kirby is trying to draw attention to his music any way he can and wanted to reach out to his former hometowns to let people know what he’s doing.

In late June, Kirby, under the K.I.R.B. handle, released a quick three-song EP titled “Vibes” on Spotify, Apple Music, Soundcloud and other streaming platforms. (The music is explicit, just in case there are sensitive readers and listeners tuning in.)

Although Kirby said his brand of hip-hop is hard to define, “I’m definitely alternative mixed with rap and emo since I can do a little bit of everything. But it’s hard to put me in one category since I can do it.”

Kirby said he always saw himself as the “nerdy outcast,” and that feeling — served with the confidence owed to a chip on his shoulder — largely informs his music, especially among the three tracks on “Vibes”: the raw, NSFW “Drowning” and “Distortion,” and the less abrasive final offering, “High School.”

Something dear to his heart is to start a nonprofit to help kids and teenagers cope with and receive the help they might need to overcome depression and anxiety, he said, but first Kirby said he intends to “put the Imperial Valley on the map” with his rap stylings.

The pandemic has sidelined his plans to perform, but he is “excited about getting out there” in front of his growing fan base. At the time of this interview, “Vibes” had yet to be released and he was excited about recording and putting out his first EP.

Kirby, whose musical moniker K.I.R.B. stands for Knowledge Is Reality’s Battle, does appear to be making some headway with drawing listeners and a fanbase. His Spotify statistics for his various singles releases since 2020 have amassed him some 40,500-plus monthly listeners, with the concentration of his streams coming from Buffalo, N.Y., although he couldn’t explain why.

“I have no idea, but I have a lot of people that listen to me worldwide not just the USA,” Kirby stated. “I know Arizona and the San Francisco area listen to me quite a bit.”

On the Soundcloud side — the long-known venue for aspiring hip-hop artists to spread their tracks — some of his songs have been streamed tens of thousands of times.

Since he started self-releasing his music, Kirby said he has had to deal with criticism and a fair amount of “haters,” but he said he is unapologetic in his approach and is doing it the only way he knows how — raw, unfiltered, and introspective.

Kirby’s songs do often deal with his depression, but also themes of unrequited love and seeking a reckoning. He unburdens himself of bad memories to be able to see the good things in life, when he is singing, he said.

In “lon3ly (lonely),” for instance, he sings of a one-sided relationship he had in which he ended up with a broken heart. “I wasn’t enough for her,” Kirby said about the song, adding that it’s subject “played with my emotions and feelings.”

That song has done well for him on Soundcloud, where it has been streamed more than 34,300 times.

One of his more popular Spotify tracks is “Back Down,” which describes how he has had to stand up for his craft. With rap music becoming saturated with rising talent due to a proliferation of DIY platforms, Kirby said it is the way diversify and deliver your song that sets you apart.

Kirby warns that there is strong lyrical content in his songs, and he knows some of tactics he advocates for dealing with his issues aren’t necessarily the best, such as his penchant for self-medication.

But it’s all part of his journey, he said, and again, he might not condone, but he certainly doesn’t apologize.

Kirby has been fairly savvy in spreading his name around the web through social media channels and streaming platforms, where some of releases have been written up or reviewed by online music publications. His linktree address funnels potential followers to his various channels.

“I’m trying to put Calexico and Holtville on social status to show that there’s people that are talented and that definitely deserve a lot more credit than we’re given,” he said.

Next
Townsite Project is A True Town Project