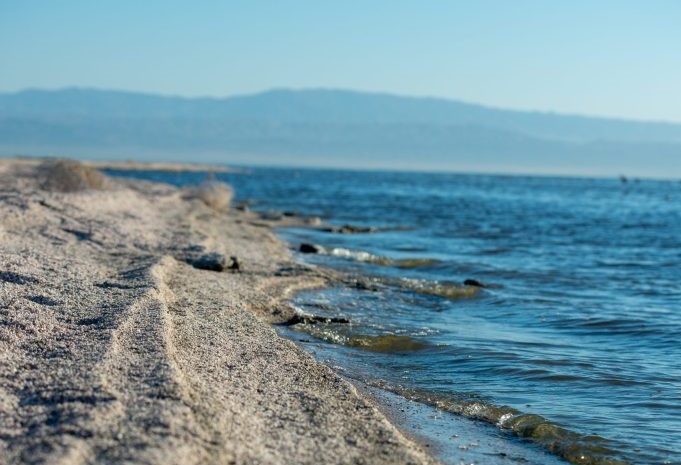 The receding Salton Sea is shown from its western edge near the community of Desert Shores in this July 2020 photo. | GETSOMEPHOTO
In Regional News

In Early Step in Funding Process, $2.7M is Earmarked for Sea Studies, and $500K to Go Toward River Restoration

WASHINGTON — Nearly $3.25 million in federal funding was preliminarily secured for separate project requests at the Salton Sea and the New River on Monday, July 12, according to the office of Congressman Juan Vargas, D-Chula Vista.

The funding was part of a 2022 House Appropriations Energy and Water Subcommittee bill that included requests of $2.546 million for a major Salton Sea research project, $200,000 for a Salton Sea feasibility study, and $500,000 for planning and design phases for a potential New River restoration project, Vargas’ press release states.

“It is my honor to fight for our district in Congress and I am proud to have secured over $3.2 million in the House Appropriations Subcommittee on Energy and Water bill for the Salton Sea and the New River.

The inclusion of this funding in the bill is the first step in the funding process, the press release states.

The Salton Sea research project funding is said to study the effects of the exposed playa, or the emissive layer of silty seabed that has been uncovered by the receding waters of the sea.

“With this $2.5 million, researchers will be able to directly assess the role of exposed playa on the enrichment of specific components in the transition from sea to playa, to entrained dust,” Vargas stated. “I am also pleased to see $200,000 included in the bill to evaluate creating a Salton Sea Perimeter Lake as a way to reduce the exposed lakebed with a goal of providing habitat, improved air quality, and public health benefits in the region.”

Vargas said the New River funding was included to “assess the transboundary pollution flowing into my district through the New River.” The $500,000 is earmarked for the Army Corps of Engineers and the county of Imperial to collect information regarding the pollutants in the New River, “enabling them to make an informed decision on the most effective next steps for addressing this decades-long problem,” he added.