Dead Period is Calm Before the Storm for Athletics 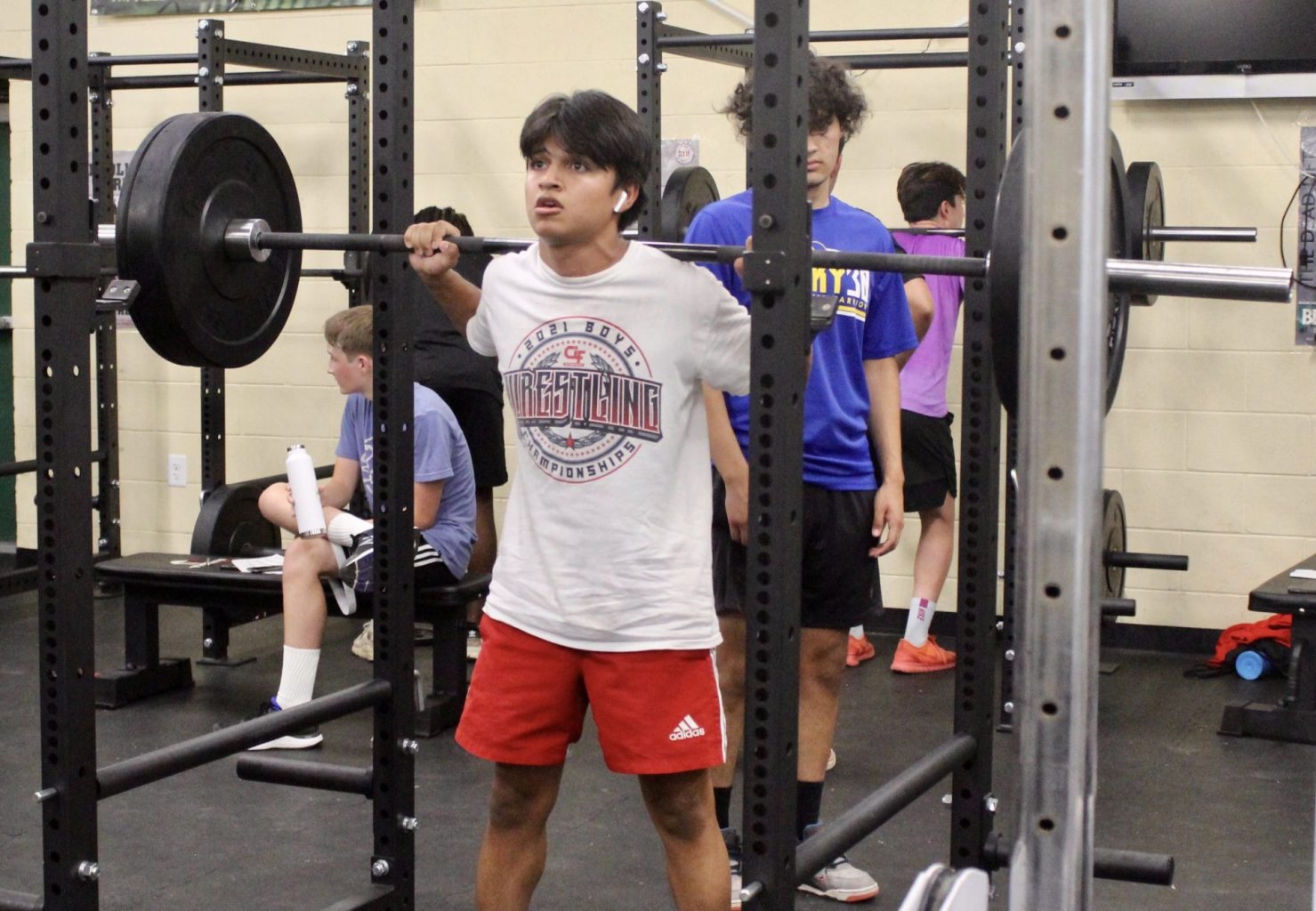 HOLTVILLE — On Tuesday, July 13, the Holtville High School gym was abuzz with activity as six high school volleyball clubs were on the court playing games and about 40 football players were in and out of the weight room getting in their strength work.

Dead Period in the Southern Conference, which includes all Imperial Valley high schools, normally arrives the final two weeks of July and forces athletes and coaches to take time away from their chosen sport. The CIF-San Diego Section-mandated vacation is normally a welcome break for all involved.

“It’s a two-week period to give the kids a break from their coaches and their sport and give them some family time,” said C.J. Johnston, Holtville High’s assistant principal and athletic director. “Some of these teams and coaches have been going hard and the Dead Period gives them a chance to get away before ramping up again in August.”

The 2021 Dead Period runs from Thursday, July 15 through July 29. The first sport to get underway for the 2021-22 high school athletic season is football, which can begin practice on July 30. Volleyball can get started on Aug. 2, with girls’ tennis and cross country allowed to begin on Aug. 7.

“Our coaches will prepare for the fall sports season during these 14 days, and our athletes will rest,” said Carlos Gonzales, Calexico Unified School District superintendent, in a written statement. “There will be no contact or practice during this time, though students may continue to complete the requirements to be cleared to play.”

Volleyball was the lone sport not to get a season in the COVID-shortened 2020-21 athletic school year.

“The coach in me wants to keep going especially since we didn’t get to have a season this past year,” said Chelsey Strahm, Holtville’s fifth-year head volleyball coach. “But the mom in me definitely understands these kids need a break. We have been going hard at it the last month.”

The unknown comes after the “Dead Period” as tryouts begin and coaches will see familiar faces they worked with all summer, and some new faces that weren’t participating in summer workouts.

Once the spring semester was finished and high school sports wrapped up in early June, volleyball teams took to the court for practices and workouts and began playing two nights a week in local summer leagues.

“These two weeks off gives everyone the time to reset mentally and physically,” Strahm said. “Once we come back and begin practice, it’ll be nonstop with practice and workouts and games and tournaments and school.”

While summer is usually thought of as “vacation” time, some of the athletes have been busy four to five days a week between summer volleyball, summer basketball, practices and workouts.

“It was such a strange year with COVID and jamming all the sports into the final months of the school year, then transitioning right into summer leagues,” said Skylar Hanson, a 16-year-old junior at Holtville who plays volleyball, basketball and is on the Vikings’ swim team. “I’m going on vacation with my mom to Prescott (Ariz.), and my dad and I are going to spend five days at the river.”