President/Superintendent Has Been Hired to Head College of the Desert Effective Aug. 20 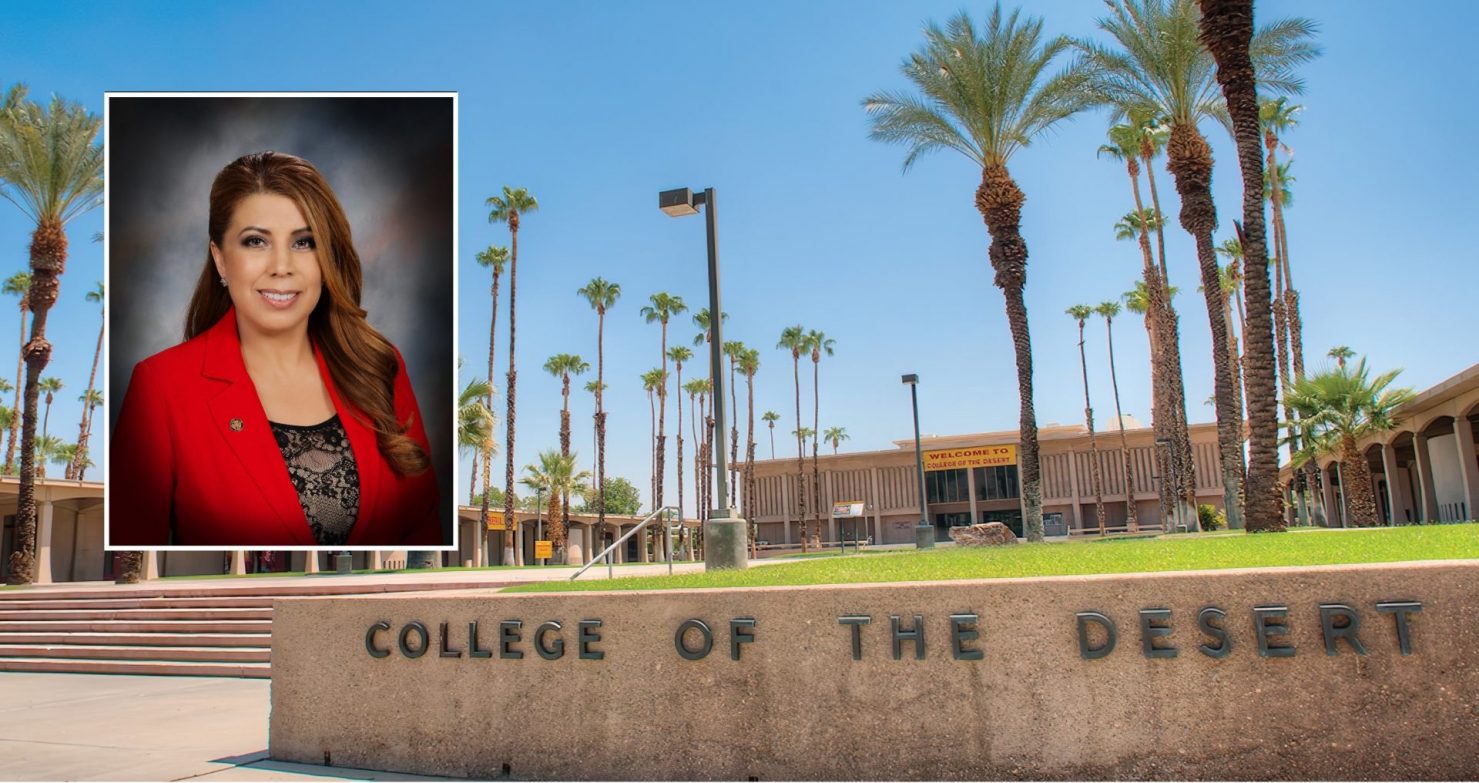 Imperial Valley College Superintendent/President Dr. Martha Garcia, who has served in the role since 2018, announced Thursday, July 15, she will assume the superintendent/president role for College of the Desert effective Aug. 20.

The College of the Desert board voted 3-2 in favor of selecting Garcia during a special 1:30 p.m. meeting on Thursday. She was one of three candidates for the position.

“While a unanimous vote is always desirable on actions like this, this split vote represents different personal criteria held by different board members,” Wilson said.

The board met in closed session for about an hour and a half before approving its selection. Vice Chair Ruben AriAztlan Perez , and Trustee Bea Gonzalez joined Wilson in support of Garcia’s appointment, while Trustees Bonnie Stefan and Fred E. Jandt were opposed.

Imperial Community College District Board of Trustees will take action at its regularly scheduled board meeting of July 21 to address the vacancy and establish an interim leadership action plan, according to an Imperial Valley College press release.

“Garcia was the first female CEO in the history of Imperial Valley College and felt it was important to pave the way for others to follow.  Under her leadership it was especially vital for students to dream of achieving their full potential,” the press release states.

“Dear Imperial County community and IVC campus community. I am extremely grateful for the remarkable support I received as a CEO and as an employee of this amazing community college,” Superintendent/President Garcia stated in the release. “I am transitioning to a new opportunity where I will humbly serve as the Superintendent/President for College of the Desert in the Coachella Valley. I reassure you that Imperial Valley College continues to be committed to be a partner with all you as it takes a collective effort to contribute to the enhancement of this community.”

Before becoming an administrator, Garcia was responsible for developing and coordinating a $5.8 million California Career Pathways Trust Grant that enabled Imperial Valley College to create Peace Officer Standards and Training (POST) Level One modular, according to IVC. This afforded the college the opportunity to offer a police academy locally.

Garcia also developed a multitude of categorically funded programs that focused on serving minority and underrepresented students. She has secured more than $20 million for Imperial Valley College since 2009, according to the college.

“Dr. Garcia has been a transformational leader at IVC and a great advocate for our students. She will be greatly missed by all, but thankfully she has set the college on a clear path to a successful future,” Imperial Community College District board President Father Mark Edney stated. “We have much to be grateful for all that she accomplished as the head of our college and for the many more years of service which preceded her tenure as Superintendent/President. I wish her every happiness and professional success with her new responsibilities at the College of the Desert.”

“I am honored and feel privileged to have served Imperial Valley College students, employees and the entire Imperial County community. Thank you to the Board of Trustees and to all who believed in me and supported me,” Garcia added in the release.