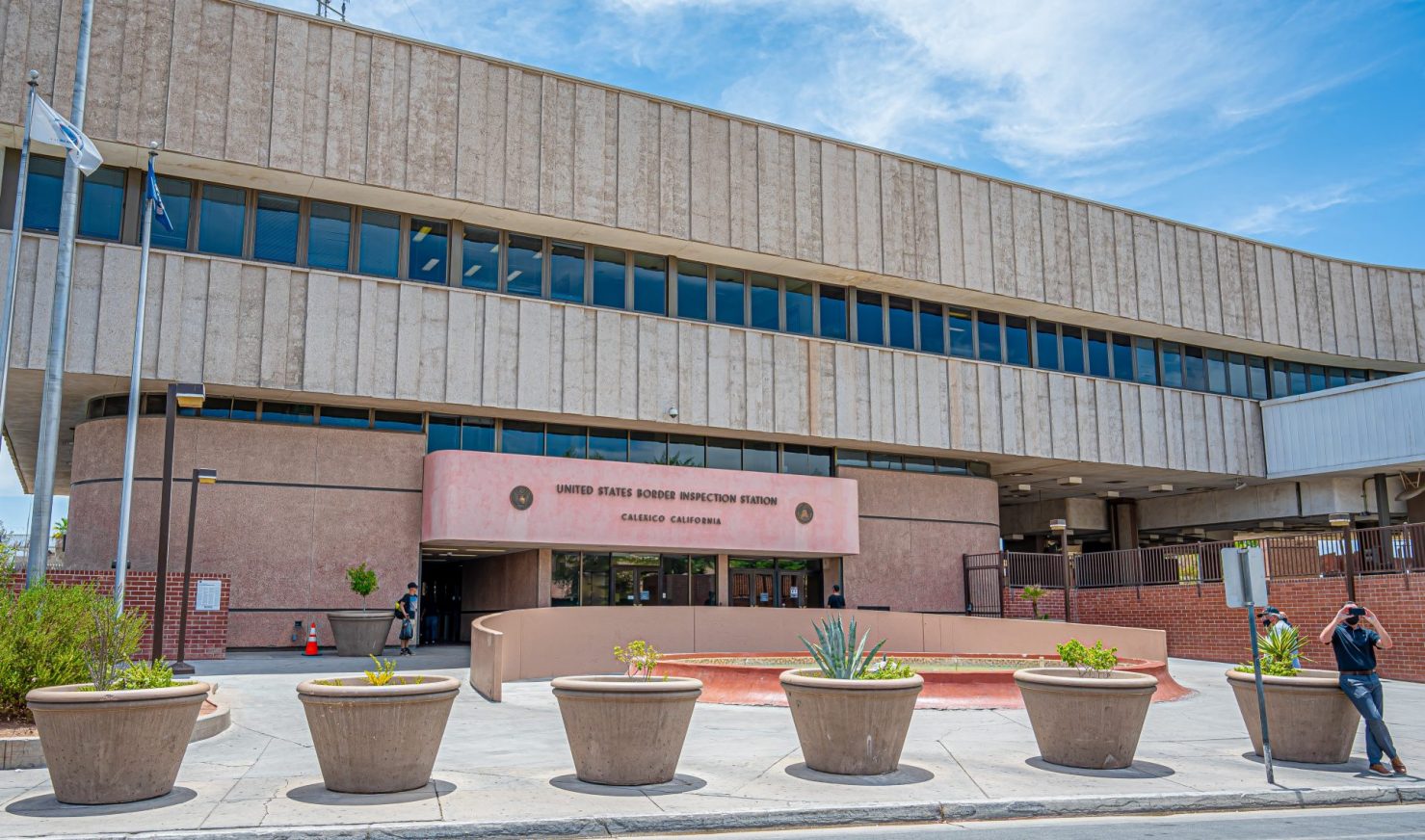 The downtown pedestrian Port of Entry on First Street in Calexico is shown on Wednesday, July 21. The Department of Homeland Security late Tuesday night, July 20, announced it would extend “nonessential” travel restrictions between the United States and Mexico, as well as Canada, to at least Aug. 21. | CAMILO GARCIA JR. PHOTO
Home
COVID-19
In COVID-19Regional News

CALEXICO — An Imperial County official who has been part of the discussion to get the free flow of travel restored between the United States and Mexico was incensed after hearing of the 11th-hour decision by the federal government to extend restrictions to Aug. 21.

“Unfortunately, we, as a city and as a county, continue to suffer the aftereffects of the continuing COVID-19 pandemic. We continue to suffer because the ports of entry have been closed to nonnationals or nonresidents,” District 1 county Supervisor and county board Vice Chair Jesus Escobar said on Wednesday, July 21.

“These travel restrictions from a local perspective are hindering our local economy or causing a devastating effect on small businesses,” he added. “And as such, we continue to suffer these economic, physical, and financial issues associated with COVID-19.”

The restrictions, which have been in place since March 2020 for Mexico and Canada, were due to expire at 11:59 p.m. July 21, yet the announcement still had not been made as of late Tuesday, July 20.

The Department of Homeland Security made the announcement of the new extension in a Twitter post sometime late Tuesday night, and a formal announcement via its website still was not seen early Wednesday.

“To decrease the spread of COVID-19, including the Delta variant, the United States is extending restrictions on nonessential travel at our land and ferry crossings with Canada and Mexico through Aug. 21, while ensuring the continued flow of essential trade and travel,” according to the Tweet. “DHS is in constant contact with Canadian and Mexican counterparts to identify the conditions under which restrictions may be eased safely and sustainably.”

The restrictions apply to those who travel on foot or vehicle, ferries, rail or to coastal ports of entry, according to Border Report. It does not apply to commercial air or sea travel. U.S. citizens and legal permanent residents are allowed to return to the U.S. during this period.

The announcement was particularly upsetting to Escobar, who lives in Calexico, works in the customs brokerage industry, and has watched the economies of the county and his city suffer, he said.

On top of that, Escobar said he has witnessed Imperial County really take hold of vaccinating its residents and reaching both partial and full vaccinations percentages that are above the California average in a state that is already doing well amid what is a new national COVID surge of the unvaccinated.

“We’re ahead of the curve from an Imperial County perspective. And unfortunately, our neighbors to the south are still lagging behind from a lack of vaccine for the entire population,” Escobar said. “There is a lack of availability of a consistent vaccine in the northern border region of Mexico. Basically, our southern border really hinders the main reasoning, or the main justification from a health perspective, to open up our borders, from an economic development and fiscal perspective.

“We are literally running on empty when it comes to retail, because again, the vast majority of retail, especially if you look at Interstate 8 south, comes from Mexico,” he said. “They can’t cross the border and that adversely affects sales, adversely affects employment, adversely affects tax dollars. And again, it’s just a full circle effect that that we can’t get over.”

In 2014 Imperial County saw 18.6 million people traveling into Imperial County from Mexicali through the Calexico area ports of entry, according to a 2017 Imperial Valley Border Economic Impact Study, the last known significant study done on the regional economy.

Next
IVC Board Reopens Application Period to Fill Vacancy