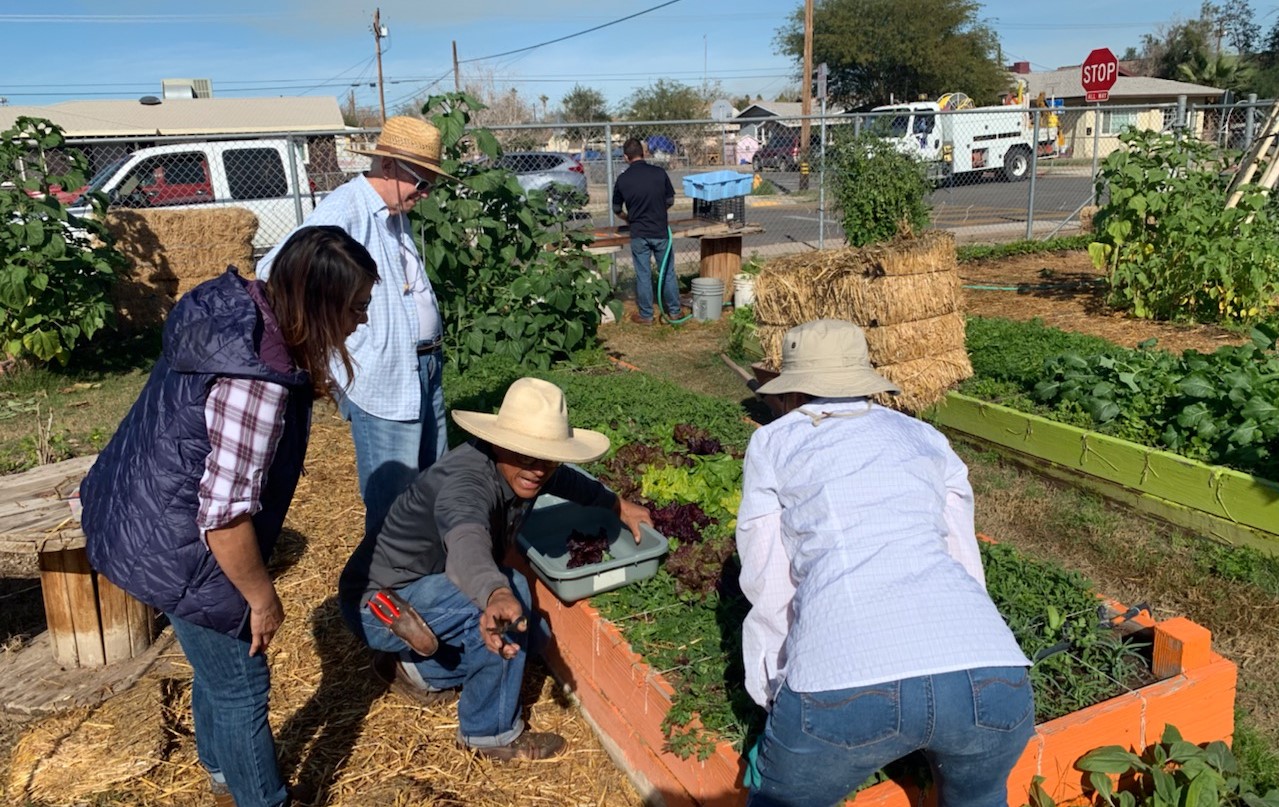 HOLTVILLE — For the past 30 years, El Centro resident and garden-based community educator Vincent Zazueta has been touting the benefits of establishing home and community gardens.

His continuous advocacy has earned him recognition in the Valley community as an urban farm adviser and a temporary gig last year as a “master gardener” for the University of California Cooperative Extension.

As part of that effort, he teamed with the UCCE’s CalFresh Healthy Living program for the production of a home-gardening video to educate the public about the virtues of home gardening and healthy eating.

Now, local efforts to promote home horticulture, pest management and sustainable landscape practices are expected to be given a boost with the recent approval of a $133,457 grant by the Imperial County Board of Supervisors to fund a two-year Master Gardener Program at the University of California Cooperative Extension near Holtville.

The establishment of the local UCCE’s Master Gardener Program has been a longtime goal for its personnel, as well as Zazueta, who is no longer affiliated with the Cooperative Extension but has continued to promote home and community gardens as an independent consultant.

Though the Agricultural Benefits Program Committee had initially approved grant funding for UCCE in October 2019, the Board of Supervisors did not ratify the grant award until its July 13 regular meeting.

Aside from the garden-enhanced nutrition education that UCCE’s CalFresh program has already been hosting, Bachie said he would like to see the master gardener expand its services to diverse community members, including juveniles and adults in custody.

The public’s interest in home gardening has been evident, and likely increased during the pandemic. In October, UCCE hosted a weeklong gardening workshop that attracted considerable interest from local community members who appreciated the opportunity to take part in more outdoor activities.

“We saw that people are interested and they would be ready to make use of the open areas they have in their backyards,” Bachie said on Friday, July 16.

Finding a master gardener to hire among local gardening enthusiasts shouldn’t be a challenge either, Bachie said. Once the county and the University of California, which oversees the local Cooperative Center, ratify their agreement, the job will be widely advertised to ensure a diverse pool of prospective candidates.

“We want as many qualified people to apply for us to find the right fit,” he said.

And while basic knowledge of gardening is a must for the prospective master gardener, they can also expect to receive additional training from other master gardeners from cooperative centers in either San Diego or Riverside counties.

Initially, Bachie said he had sought about $346,000 in grant funds to implement a five-year program. As it is, the two-year grant award will place some constraints on the program’s rollout, with much of the first year spent on recruiting and training.

Nonetheless, he said he was anticipating an opportunity to request additional funding from the Board of Supervisors in the future.

“A five-year term is a good term at which the program would start to be self-sustaining,” Bachie said.

The two-year program also calls for yearly progress reports, which Bachie said program administrators would be more than willing to provide to ensure county officials and taxpayers can rest assured the funds are generating intended benefits.

“I would expect and do not want the county to fund us without getting some feedback on the status of the program,” he said.

The need for a local master gardener was also made evident with the recent creation of a Facebook public group page titled “Imperial Valley Gardening Community.” The public group was created by two UCCE employees who help coordinate its CalFresh educational outreach initiatives.

Initially, Paul Tabarez said he and his coworker Christopher Wong had invited some friends to join the group. Before long, a significant number of community members expressed interest in joining. A recent seed swapping gathering was also considered a milestone event for the group.

“It just took off on its own,” Tabarez said on Tuesday, July 20. “That just highlighted the need for a Master Gardener Program.”

As an UCCE community education supervisor who helps coordinate its CalFresh garden-enhanced nutrition education presentations, Tabarez said there are limitations placed on those events as they relate to gardening. The hiring of a local master gardener would help offset those limitations, he said.

“Once it gets established, we’ll have the (University of California) master gardener that can provide education where we wouldn’t be able to because of funding restrictions,” Tabarez said. “They’ll be able to provide that evidence-based gardening education to the public.”

Since being founded in 1980, the UC Master Gardener Program has grown significantly in scope and impact, according to the program’s “2019 & 2020 Impact Report.”

Through the years it has trained more than 32,000 volunteers across the state and counts more than 6,200 among its currently active volunteers.