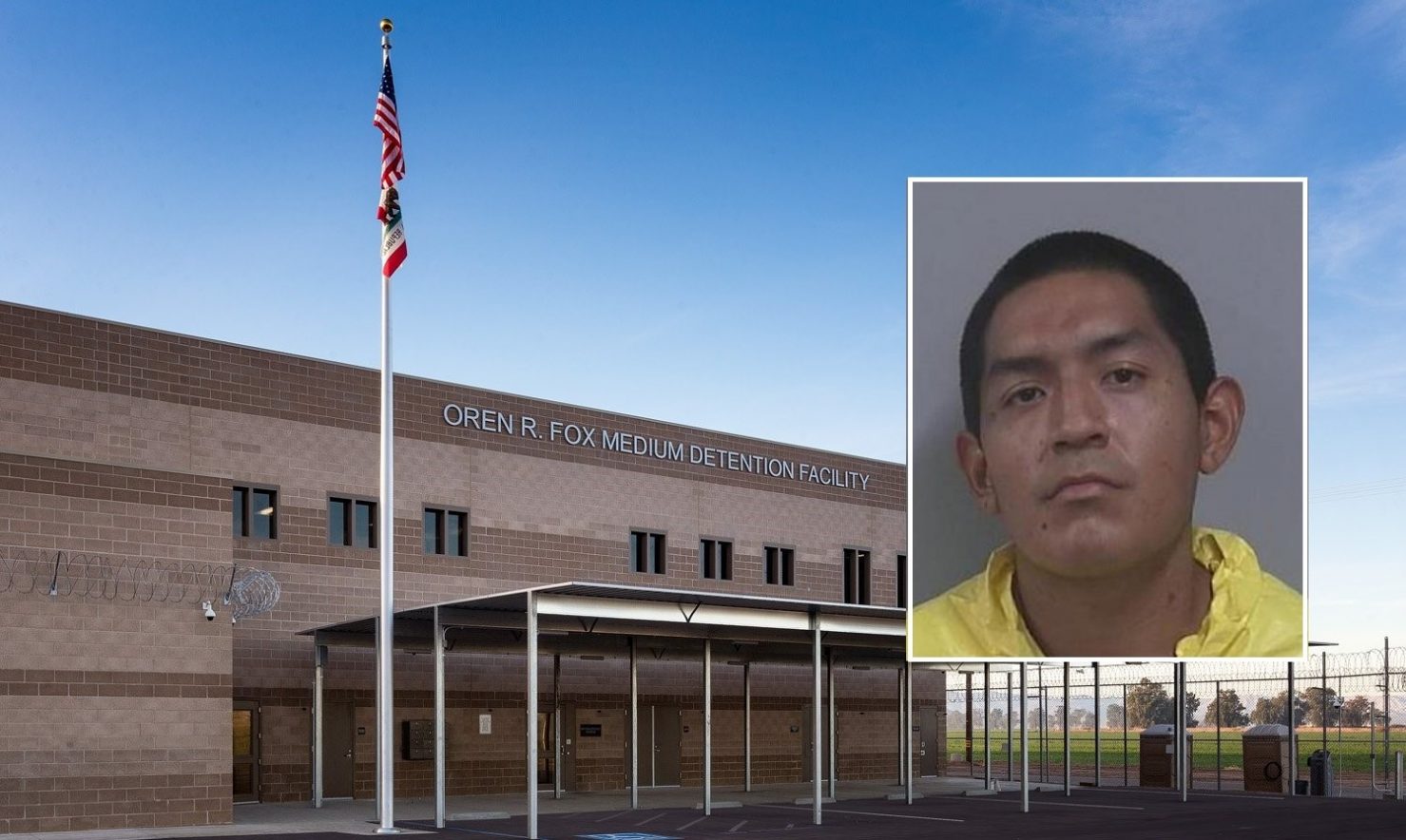 Imperial County jail inmate Athan Emmanuel Estrada, 21, of El Centro was able to escape lockup on Friday night, July 23, when he was released from custody after assuming another inmate's identity. He was being held on suspicion of murder and other felony counts. He is considered armed and dangerous. | IMPERIAL COUNTY SHERIFF'S OFFICE PHOTO/FILE PHOTO ILLUSTRATION
Home
Public Safety
Share

Imperial County law enforcement agencies were on the lookout for an escaped jail inmate considered armed and dangerous who was being held on suspicion of murder and other felony counts.

Around 8 p.m. Friday, July 23, inmate Athan Emmanuel Estrada, 21 of El Centro, was released from Sheriff’s Office custody after he assumed the identity of another inmate, according to a Sheriff’s Office press release sent out Saturday morning, July 24.

The suspect was first arrested on Wednesday, July 21, by patrol officers when they responded to a domestic violence incident in the 1000 block of Woodward Avenue, Sawyer said on Saturday morning.

At the times, Estrada was taken into custody on illegal injury to a spouse/cohabitant/fellow parent in the act of violence (PC 273.5) and making criminal threats (PC 422) for apparently “brandishing a knife in a threatening manner” at his victim, Sawyer said. No other information on that situation was immediately available.

The homicide arrest came a few hours later, when during an interview with detectives, Sawyer said, Estrada admitted to being the Crown Motel shooter.

He was later locked up in the jail on all three charges.

“Athan Estrada is considered to be armed and dangerous. Athan Estrada’s whereabouts are unknown at this time,” according to the Sheriff’s Office advisory. It is advised not to approach the suspect but to instead call law enforcement.

Anyone with information that can assist in this investigation, are being asked to contact the Imperial County Sheriff’s Office at 442-265-2021 or Investigator Julio Hurtado at 442-258-2144.

Just how Estrada was able to assume another inmate’s identity and escape custody is part of an ongoing investigation at the Sheriff’s Office, said Chief Deputy Thomas Garcia, who heads up the jail unit.

The department is now going over the incident to see what “mistakes were made and what procedures need to be evaluated in this process,” Garcia said on Saturday.

As this is in the “early stages” of the investigation and for “security reasons,” Garcia could not say how an inmate accused of homicide would have been with a population with access to release.

Meanwhile, Sawyer said the man who was allegedly shot by Estrada died from his injuries a few days after the June 7 incident, but he did not immediately have details on the victim.

Around 1:40 a.m. on June 7, police responded to report of gunshots in the 300 block of North Imperial Avenue, and when they arrived to the Crown Motel, found a victim with a gunshot wound.

Well into the day on June 7, El Centro police searched for the suspect, with canines brought in to help with the search, according to radio scanner traffic from that day.

Around 8:20 p.m. on Saturday, the county of Imperial in conjunction with the Sheriff’s Office issued a statement and update that, in essence, did not provide much more than what this newspaper had reported by noon Saturday. It reads:

“On Friday, July 23, 2021, at 8 p.m., Imperial County Jail inmate Athan Emmanuel Estrada was released from custody after he assumed the identity of another inmate.

“As for Estrada’s release, ICSO has already begun a detailed investigation as to how this error occurred and has already conducted multiple interviews to uncover exactly what transpired on July 23rd. In addition, an administrative investigation is also underway. Due to the nature of the ongoing and active investigations, information is limited at this time and is expected to be released in the near future. There is no anticipated timeline regarding the length of the investigations.

“The protection and safety of Imperial County residents is of the utmost importance to the brave men and women of our Sheriff’s Office and all our local law enforcement agencies, and will work diligently to ensure inmate Estrada is apprehended.

“If you have any information on Mr. Estrada, his whereabouts, and any info that can assist in this investigation, please contact ICSO at telephone number (442) 265-2021.”