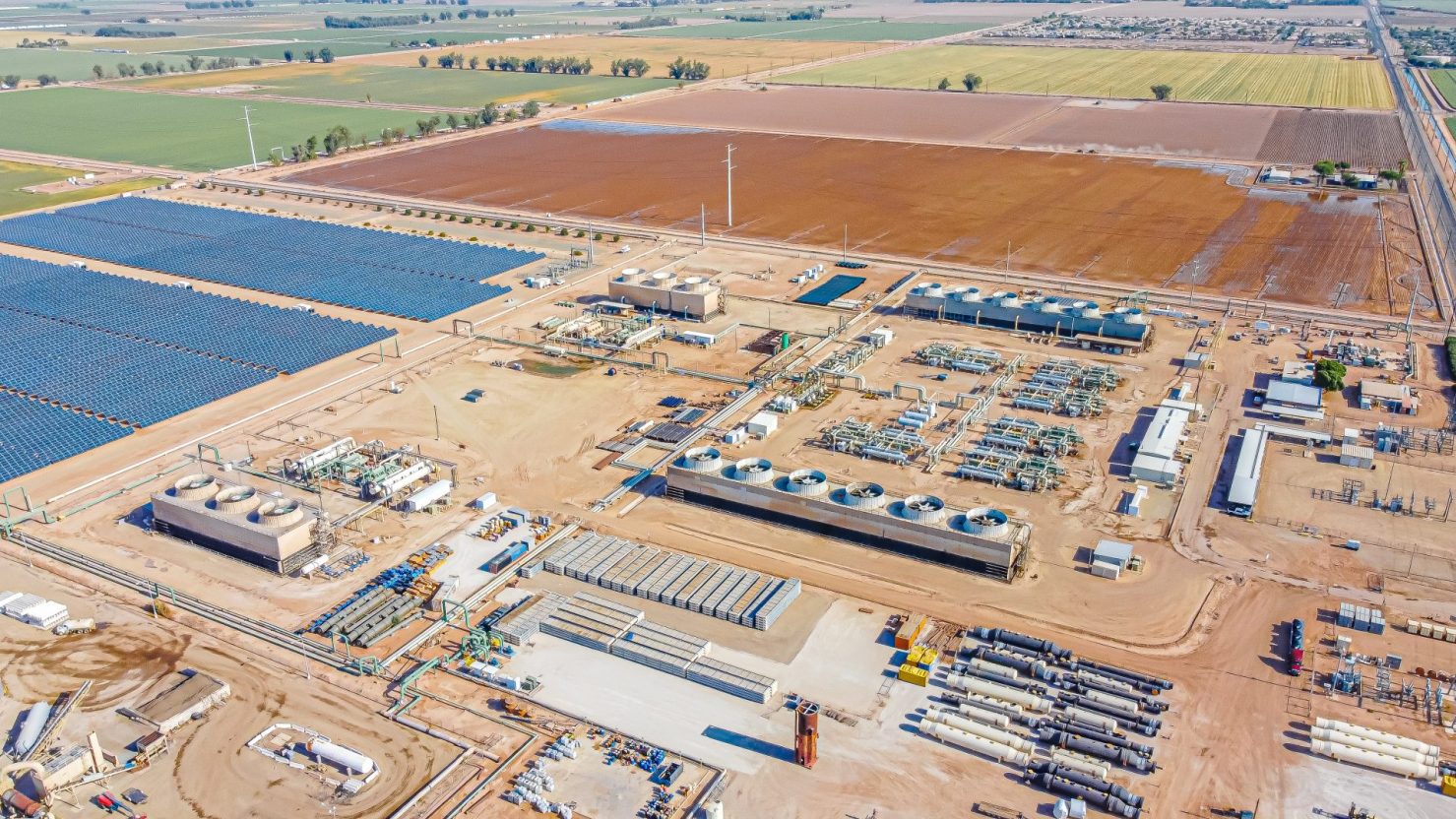 Ormat’s Heber 2 geothermal facility at 855 Dogwood Road in Heber is shown facing north on Wednesday morning, July 28. A request by Ormat to upgrade its facility and extend its operation permitting for another 15 years was opposed by an apparent front for trade unions, but the Imperial County Board of Supervisors denied the group’s appeal and reaffirmed the county planning commissions approval of the work during a hearing on Tuesday, July 27. | CAMILO GARCIA JR. PHOTO
Home
Regional News
In Regional News

A Heber-based geothermal facility will be allowed to upgrade its equipment despite the efforts of what appears to be a front for union groups that regularly attempts to derail renewable energy projects throughout the state.

Kendra Hartmann, representing Imperial Citizens for Responsible Industry, appealed over Zoom to the Imperial County Board of Supervisors during a public hearing on Tuesday, July 27, to overturn a previous county planning commission approval of modifications and an extension of operations to Ormat’s Heber 2 geothermal plant at 855 Dogwood Road in Heber.

The project will have significant impacts that require mitigation, Hartmann said. She asked that the board overturn the planning commission’s vote, or at least give the group more time to look over the project as documents were just given to her the day before the meeting.

Documents were properly noticed, Imperial County Planning and Development Services Director Jim Minnick countered, adding that an environmental impact report is required when there is substantial evidence that the project needs to be analyzed deeper. The department does not feel that one is warranted in this case.

“We do not feel that the project was not analyzed right, but as you know, you get two people in the room, one’s going to say the project is perfect, the other is going to say you did everything wrong,” Minnick said. “We have had a long history with this agency, this attorney firm that says everything we do is wrong. You would think we’d do something right, but we don’t. But I stand by the documents as presented.”

The board voted 4-0 against the appeal, with Supervisor Ryan Kelley absent from the meeting. The project can now move forward, barring any litigation.

The proposal is to modify the geothermal plant, included replacing one of three units on site and extending the project out for another 15 years, according to county officials.

Besides Hartmann, no one else spoke in opposition.

Hartmann is an attorney for the Bay Area law firm of Adams Broadwell Joseph & Cardozo, which has a long history of appearing in front of planning commissions and county boards under various names of “community organizations” representing what often appears to be problems over California Environmental Quality Act procedure.

That same law firm could be found representing Imperial Citizens for Responsible Industry on local solar farm projects as far as back as 2013.

“They come with all these different variables, only to catapult in” to tell the county it’s doing something wrong, Imperial County board Chair Mike Kelley said on Wednesday, July 28. “They’re not kosher.

“There’s no reason for somebody from Timbuktu to come in here,” he said. “The motivation behind it, I really can’t tell you.”

All those “community organizations” are tied to either the California Unions for Reliable Energy, the International Brotherhood of Electrical Workers, or the Laborers Union.

California Policy Center, which is a nonprofit watchdog group looking for public-sector barriers, has numerous links to at least a dozen instances where Adams Broadwell Joseph & Cardozo has tried to derail renewable energy projects in the Imperial Valley.

“I’m not aware that they are associated with trade unions, but we are aware they have opposed other development projects,” Imperial County board Vice Chair Jesus Escobar said on Wednesday.

Chairman Kelley said he didn’t know the motivation, but he knows the modus operandi.

“Every time there’s a project that comes to our board and planning commission they come up with some frivolous reason, probably so their local unions can do the work,” he added.