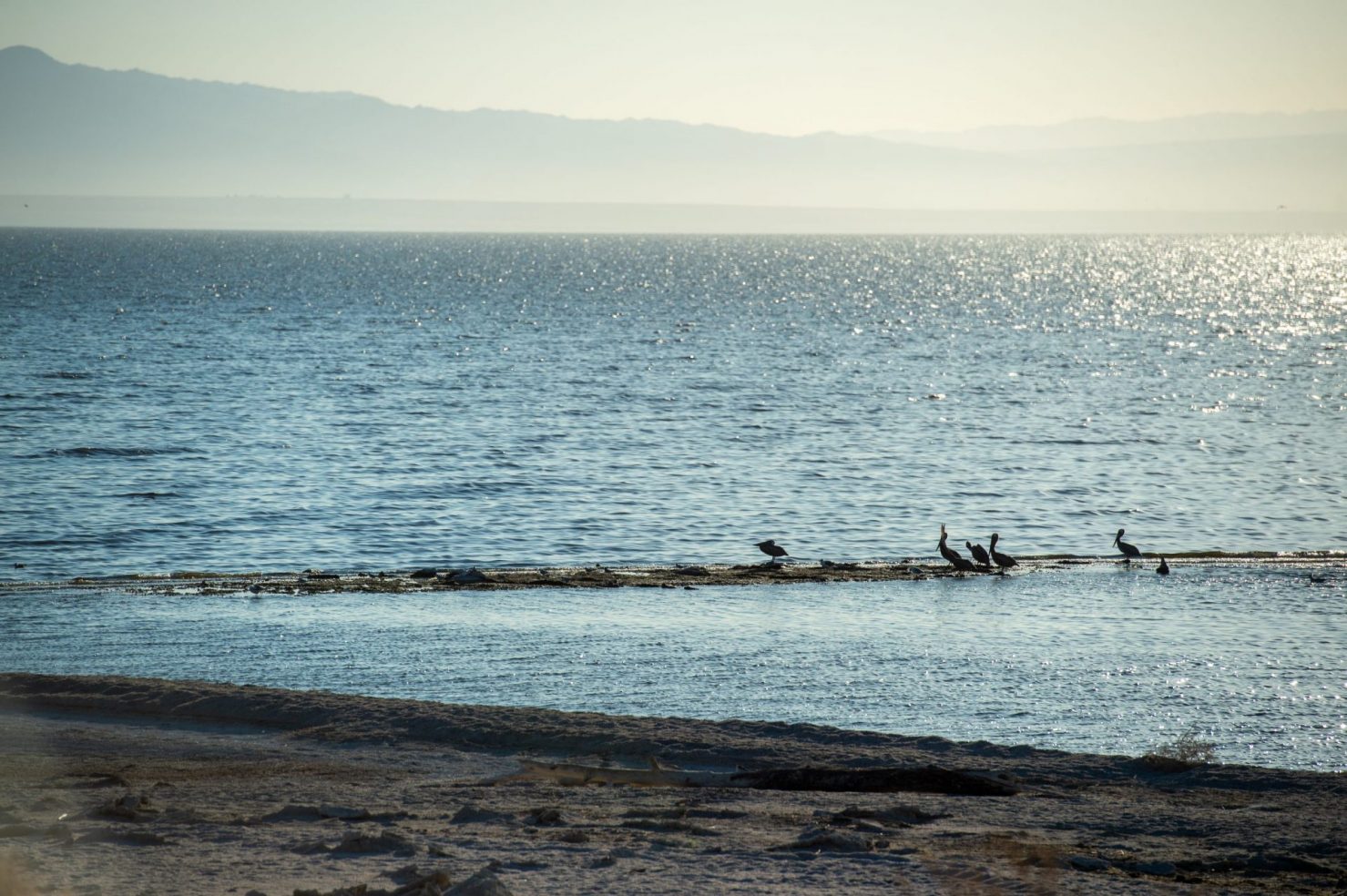 The receding Salton Sea is shown from its western edge near the community of Desert Shores in this July 2020 photo. | GETSOMEPHOTO
Home
Regional News
In Regional News

Board Chair, Vice Chair Express Need for More from Feds Than Studies

During a legislative update on Tuesday, July 27, Intergovernmental Relations Director Rebecca Terrazas-Baxter told the county Board of Supervisors that both houses of Congress are in session, and some members are hoping to pass a 2022 appropriation package.

The current proposal includes $500,000 for a preliminary engineering report dealing with the New River, $2.5 million for Salton Sea projects and $103 million to complete the Calexico West Land Port of Entry project.

When questioned by the board about the $2.5 million for the Salton Sea, Terrazas-Baxter said it’s for research funding and other funding is for an analysis about perimeter lakes around the Salton Sea.

“You think it’d be a good deal for us, it’s nothing but another study,” Kelley added.

Vice Chairman of the Board Jesus Escobar agreed.

“It would have been fixed already if we would have spent the money toward actual infrastructure instead of study after study,” Escobar said.

Terrazas-Baxter added that while it is frustrating, this shows some progress on the federal side instead of continued inaction.

“They really haven’t made any real progress or commitment to improving not just the Salton Sea but the New River,” she said. “I see this as them acknowledging it at least in some way and hopefully us getting some sort of movement.”

Kelley added, “I hope so. I just don’t seem to have any faith in them coming to the plate and doing a damn thing for us.”

The legislation the county was referring to is the nearly $3.25 million Congressman Juan Vargas is claiming to have secured for the Salton Sea and New River as part of a 2022 House Appropriations Energy and Water Subcommittee bill that included requests of $2.546 million for a Salton Sea research project, which is really just a study on the emissive dust around the sea; $200,000 for the Salton Sea perimeter lake idea, which is a years-old restoration concept advanced for at least a decade, and $500,000 for planning and design phases for a potential New River restoration project.

The Salton Sea research project funding is said to study the effects of the exposed playa, or the emissive layer of silty seabed that has been uncovered by the receding waters of the sea.

“With this $2.5 million, researchers will be able to directly assess the role of exposed playa on the enrichment of specific components in the transition from sea to playa, to entrained dust,” Vargas stated in a July 12 press release from the Congressman’s office. “I am also pleased to see $200,000 included in the bill to evaluate creating a Salton Sea Perimeter Lake as a way to reduce the exposed lakebed with a goal of providing habitat, improved air quality, and public health benefits in the region.”

For the New River, Vargas stated the funding is for the Army Corps of Engineers and the county of Imperial to collect information regarding the pollutants in the New River to “assess the transboundary pollution flowing into my district through the New River.”