A Children’s Book with A Porpoise 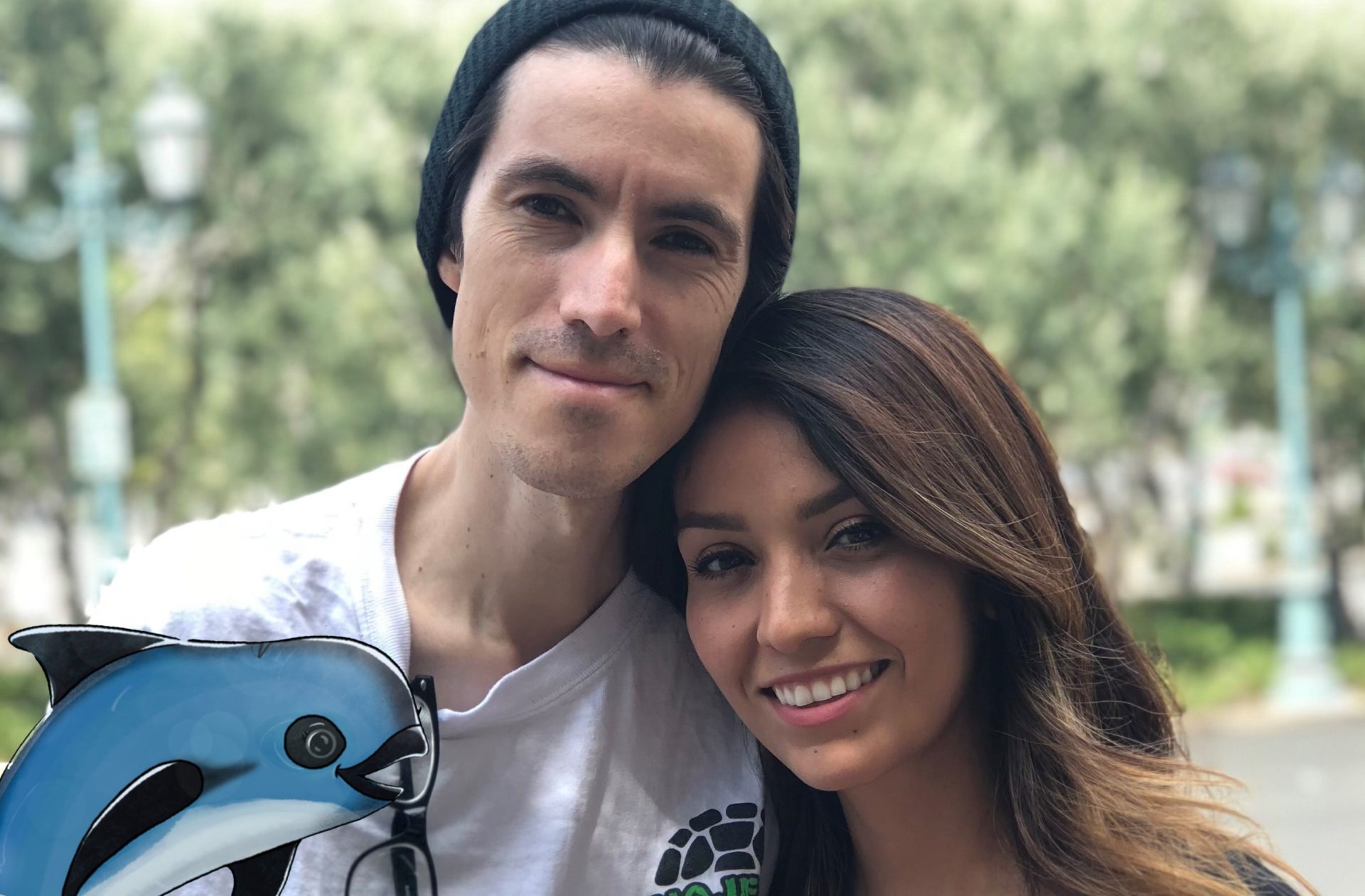 Ruben Najera of El Centro (left) and Sheyla Valencia of Calexico have written and illustrated a children’s book named “Chiquita the Vaquita” about the life of a vaquita porpoise, an endangered species of which only 10 are believed to be left in existence. | PHOTO COURTESY OF RUBEN NAJERA/SHEYLA VALENCIA
Home
Education
Share

El Centro’s Ruben Najera and Sheyla Valencia of Calexico want the world to know about the plight of the nearly endangered vaquita porpoise, and they’re doing it in a children’s book.

“The vaquita needs our help and the awareness and word of what’s going on needs to be out into the world now,” said Najera, the book’s author.

“I know the future seems grim for the vaquita, but if doing this book even extends its life for a few months through awareness, then I will at least have done something. I can’t just not do anything.”

Najera’s writing is made that much more powerful by his girlfriend and illustrator Valencia, whose art helps bring Ruben’s central character, “Chiquita the Vaquita” (also the name of the book), to life through beautiful underwater renderings of the vaquita’s natural habit off the shores of Mexico in the Gulf of California’s Sea of Cortez.

The vaquita porpoise, the smallest of the species, is considered the world’s most endangered cetacean, or marine mammal. It is estimated that the vaquita population has dwindled to fewer than 10 due in part to the degradation of its natural habitat and to the frequency of which they die by getting caught in fishing nets that were intended for other sea life.

“Chiquita the Vaquita” tells a story about a little vaquita who embarks on a journey across the ocean so she can be reunited with her family. Valencia said all of the pages in the book will be in both English and Spanish.

“We made our book in both English and Spanish because we wanted local kids in San Felipe, Baja California, Mexico, which is the vaquita’s only home, to be able to read and learn about the beautiful vaquita’s marinas,” she said.

Even though the book is written for children, the audience is not only limited to young ones. The children will spread the message about saving the vaquita porpoise to the older people around them, the authors say.

“Children are the future. This book could help get parents involved, aunts, uncles, grandparents, you name it. Children can influence the world,” said Najera, who owns Metahumans Comics and is a pro skateboarder.

“Chiquita the Vaquita” is in the final stages of production, awaiting to be published in a full color print edition. Once published, copies of the book will be donated to each library in the Imperial Valley and to other libraries throughout the world to spread awareness of the endangered porpoise, according to Najera and Valencia.

To raise the necessary funds to cover the costs of printing the book, the creators have set a goal to raise $5,000 through a campaign on Kickstarter. People can pledge donations to support the book being published and distributed. Those who donate to the campaign will be sent various prizes of “Chiquita the Vaquita” merchandise. The campaign can be found here.