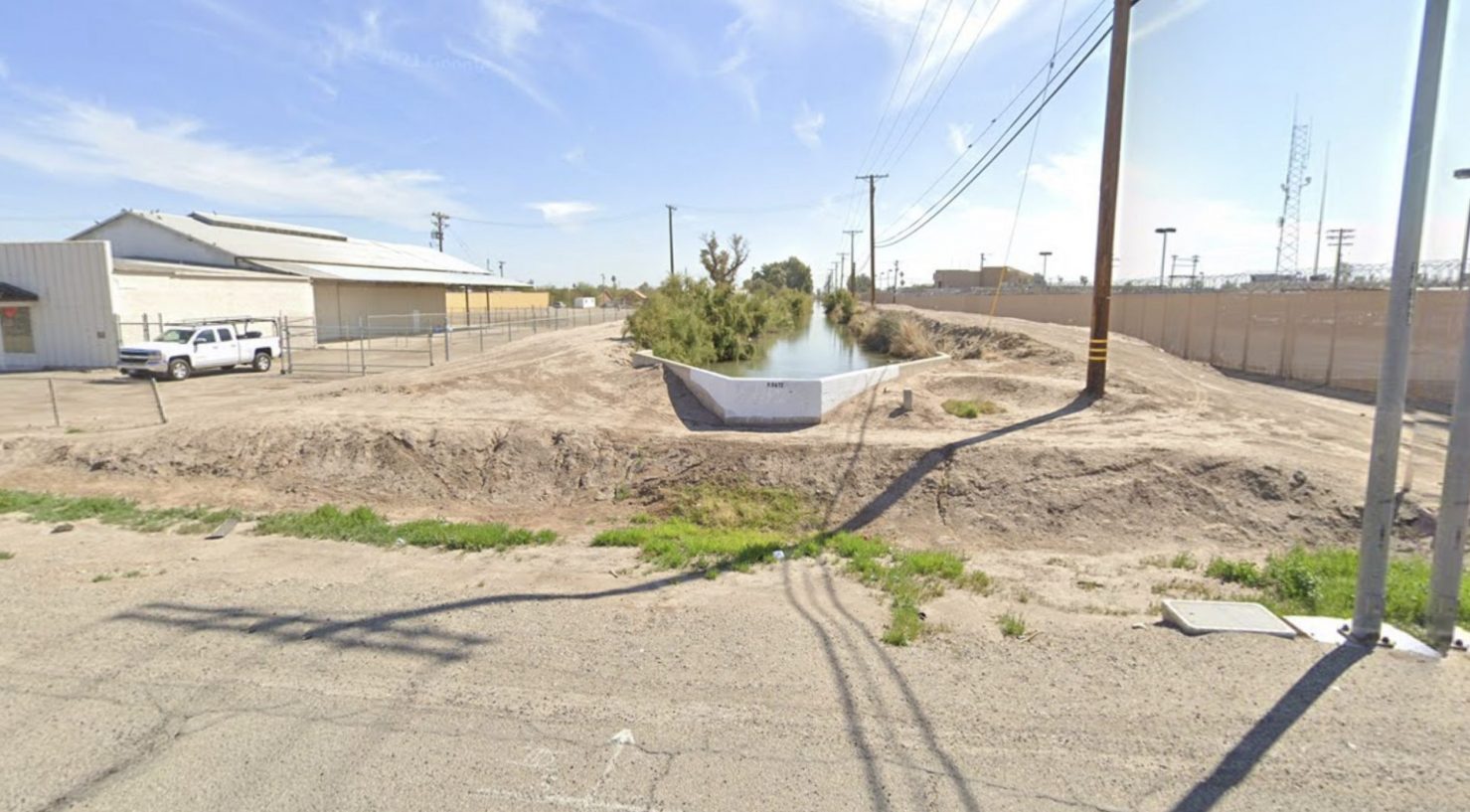 A portion of the Date Canal is shown near Highway 86 in El Centro. In August, the Imperial Irrigation District and the city of El Centro will begin the work to underground this portion all the way to Eighth Street. | GOOGLE IMAGE
Home
Regional News
In Regional News

Date Canal in El Centro to Be Undergrounded

EL CENTRO — Construction is expected to soon get underway for a joint project that will underground a portion of the North Date Canal between North Eighth Street and Highway 86.

The first phase of the two-part project is scheduled to take place Aug. 16 to Aug. 20 and will underground about 1,300 feet of the canal between 12th Street and the highway.

The second phase of construction is scheduled to run from Dec. 13 to Dec. 17 and will underground less than 1,100 feet of the canal between Eighth and 12th streets.

The $2 million joint project is being undertaken by the Imperial Irrigation District and the city of El Centro, with IID covering 75 percent of the cost, and the city the remaining 25 percent of eligible costs.

The reason for the relatively prolonged break between the first and second phase is due to the challenges associated with scheduling agricultural water deliveries, IID chief engineer Ismael Lopez told the City Council during the council’s July 20 regular meeting.

The presentation that Lopez provided to the council was part of an informational item and the council did not take any formal action on the matter.

During the meeting, IID Director Alex Cardenas also encouraged the council to apply for funds from the local Assembly Bill 617 committee, which aims to reduce harmful air emissions in the El Centro-Heber-Calexico corridor.

Once the undergrounding of the canal is completed, Cardenas said he envisioned motorists one day being able to travel on 12th Street over the Date Canal. Currently, 12th Street ends just south and north of the canal.

Cardenas suggested the council apply for AB 617 funds to install curb, gutter, and pavement for the section of 12th Street north of the canal and spanning to Pico Avenue. That segment currently lacks such infrastructure.

The annual event, which was held virtually last year because of the COVID-19 pandemic, pays tribute to the 343 New York firefighters who lost their lives during the terrorist attacks of Sept. 11, 2001.

This year, organizers are hoping to attract 413 participants, which would represent the total number of firefighters, law enforcement officers and EMS personnel who died in the collapse of the Twin Towers, Amparano told the council.

“We want to honor all those that were involved to make sure that they are never forgotten,” he said.

During the event, participants climb up and down the steps of the fairgrounds’ grandstand numerous times to complete the equivalent of the 110 flights of stairs that corresponded with the World Trade Center buildings.

The local 9/11 committee was the second such group in the nation to host a memorial stair climb following the terrorist attacks, Amparano said. The event is scheduled for 5 p.m. Sept. 11 at the fairground’s grandstand.

Additionally, the council approved a $105,000 construction bid to begin phase 3 improvements at Carlos Aguilar Field. Those improvements will include irrigation and grass for Field 1, a new monument sign, and the purchase of seed for installation. The city’s park division staff will prep the field and plant the seed.

Construction is projected to begin Aug. 15 and be completed Nov. 15. Funds for the work will come from a Community Development Block Grant.

Next
Holtville’s Where the Heart Is for Expats