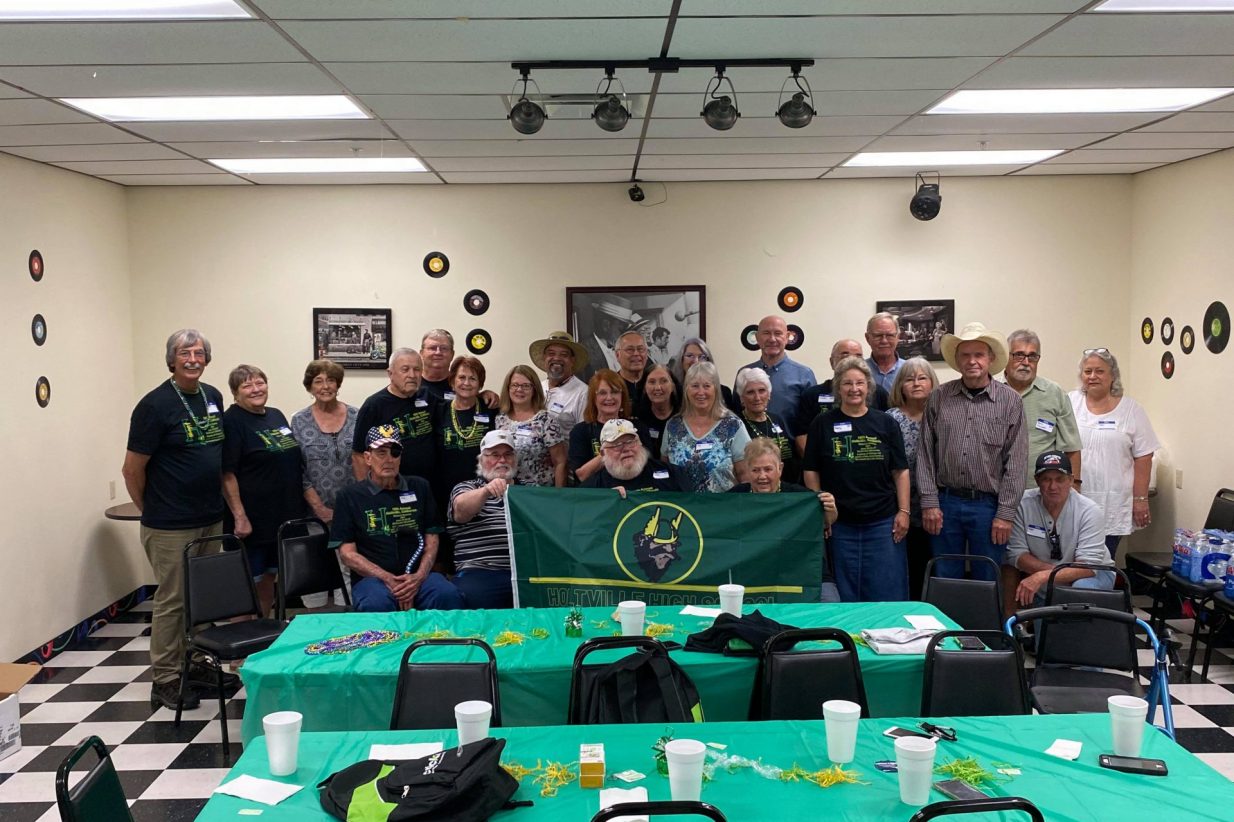 For Holtville residents spread out across the country gather in McAlester, Oklahoma the last weekend in June for their 10th annual “Holtville Midwest Reunion” in the 1950s-themed Happy Days Hotel. | PHOTO COURTESY OF DIANA MELTON WYATT
Home
Featured Stories
In Featured StoriesLocal News

Holtville’s Where the Heart Is for Expats

For a Decade, Former Vikings Have Gathered in Oklahoma for Midwest Reunion

MCALESTER, Oklahoma — It’s a special community that raises people to feel so connected to their hometown that they carry that community with them in their hearts no matter where life leads them.

Holtville High School graduates who have moved throughout the Midwest and the Southern United States have proved that Holtville is that kind of community for the past decade when several for Vikings met in McAlester, Oklahoma, for the 10th annual “Holtville Midwest Reunion” to celebrate and reminisce about their hometown.

“We are Holtville,” Diana Melton Wyatt explained. “Just because we moved away doesn’t mean we stopped being a part of Holtville. We all carried our home in our hearts with us wherever we moved to.”

Wyatt graduated from Holtville High School in 1977, but life have led her all the way to Melbourne, Arkansas.

Wyatt, James Dickey, Deloris and Don Terrill, and Warren Althouse started what has now come to be known as the “Holtville Midwest Reunion.” The reunion was started as a way to stay connected to their hometown. The original five attendees connected via Facebook and planned to meet in McAlester since it was roughly in the middle of where they had all settled.

They have returned every year since, bringing more and more Vikings from around the country.

Surrounded by pink walls, Mid-Century Modern furniture, and a checkered floor, 36 Vikings and their families, traveling from California, Texas, Missouri, Arkansas, and Colorado, met the last weekend of June, as they have every year for the last 10 years, at the Happy Days Hotel.

This 1950s-themed hotel and restaurant provided an excellent atmosphere for the reunion, helping add to what was already a nostalgic weekend filled with trips to nearby Lake Eufaula, shared meals, and, most important, lots of time to visit.

Moving across the county hasn’t stopped these Vikings from continuing to participate in Holtville community events. Six representatives from the “Holtville Midwest Reunion,” including Wyatt, traveled to Holtville in February 2020 for Holtville’s “Mega Reunion,” where about 900 people attended.

For 10 years, Vikings have gathered 1,317 miles from Holtville to be able to visit with other Vikings who have moved away from home. No matter the distance from home, these Holtville High graduates carry their hometown with them no matter where they are now. It is no surprise then, that the motto for the Holtville Midwest Reunion is, “Once a Viking, Always a Viking.”

Several attendees of the reunion who were contacted for comment did not respond to several inquiries.

Previous
Date Canal in El Centro to Be Undergrounded