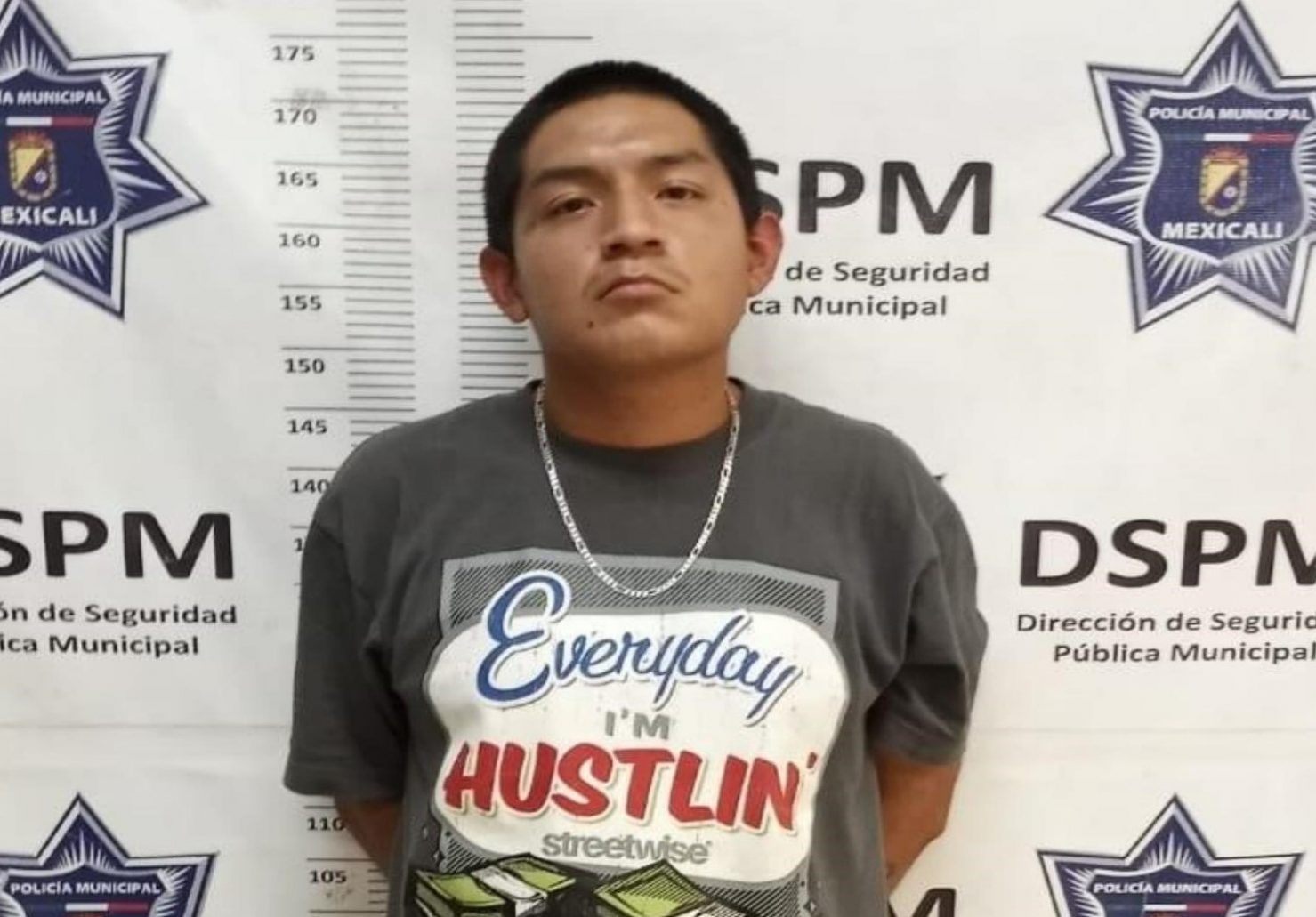 Estrada, 21, of El Centro, is a suspect in the homicide of Pablo Dominguez, 27, also of El Centro, who was shot on June 7 at the Crown Motel in El Centro, the El Centro Police Department previously reported.

Estrada was accidently released from the Imperial County jail on July 23 by the Sheriff’s Office after he had assumed the identity of another inmate, the agency previously reported. He was originally booked into custody on a domestic violence offense but was booked for suspicion of murder shortly after.

Estrada was reportedly apprehended by the U.S. Marshal’s Service and personnel from the Mexicali public safety special operations at a residence at 830 Cesuras Ave. in the Jazmines colonia, Radio Patrulla reported. He reportedly had attempted to evade apprehension at the time of his arrest.

The Imperial County Sheriff’s Office acknowledged that reports of Estrada’s apprehension were being publicized in Mexicali, but reserved comment until after he was in local custody.

“Early this Friday morning, July 30, 2021, the United States Marshal Service worked directly with the Direccion de Seguridad Publica Municipal (DSPM) in the capture of Athan Emmanuel Estrada. Athan Estrada was arrested in Mexicali by DSPM authorities and transported to the local Calexico Port of Entry where he was taken into custody by the United States Marshal Service. The capture of Estrada was not possible without the assistance and coordinated efforts from the community, the United States Marshals Service, the Direccion de Seguridad Publica Municipal, the Border Crime Suppression Team, the Brawley Police Department and the El Centro Police Department. Athan Estrada will be booked at the Oren Fox Detention Facility and the Imperial County Sheriff’s Office will continue to investigate the circumstances that resulted in his release from custody.”

Commander of the county jail, Imperial County Chief Deputy Sheriff Thomas Garcia, issued a statement when asked for an update on the investigation on the July 23 release of Estrada.

“At this time there is no new information in regard to the questions you’ve asked. That investigation is being conducted by our Administrative Investigations Unit. The facts of the questions you ask, as well as steps taken in response, require the completion of that investigation. So we are unable to release partial information at this time. Because that unit has very sensitive guidelines to follow during this type of investigations, a specific timeframe on how long that will take cannot be provided. However, we can say it is being conducted without any unnecessary delays, as well as the release of the findings once that process is completed.”

The story is still developing.

Previous
COVID’s Latest Surge to Stick Around till 2022

Next
Date Canal in El Centro to Be Undergrounded