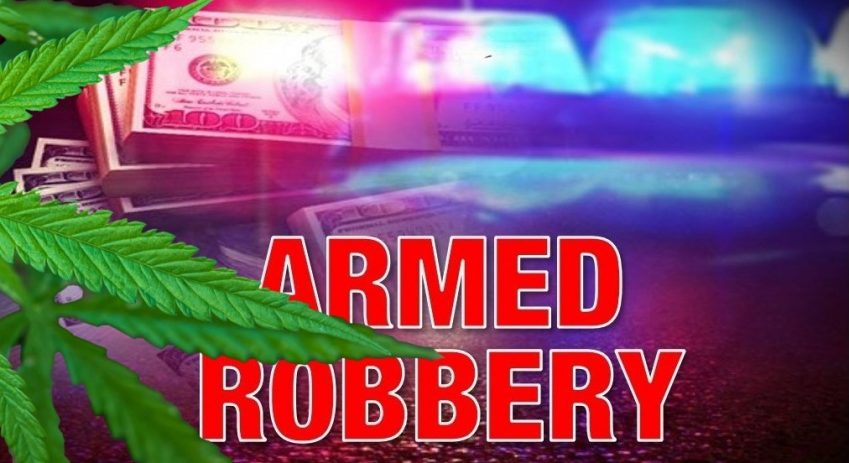 No Arrests in Imperial Pot Heist Attempt, Owner is Suspicious

IMPERIAL — Police have yet to make any arrests in an armed robbery attempt on a cannabis delivery driver that the business’ owner believes was a setup by the client.

A driver for Supreme Greens Collective of Calexico was a victim of the attempted robbery in which the assailants reportedly fired a gunshot at the driver as he sped away from the scene in the Savannah Ranch subdivision of Imperial on Thursday night, July 29.

“The suspects in this case were not successful in taking any items from the delivery driver, and we have ruled it an attempted robbery,” Imperial police Capt. Max Sheffield said on Tuesday, Aug. 3. “The firearm (that was) discharged has not been recovered, but it has been confirmed by multiple neighbors that they heard a gunshot. Investigations has made this case a priority.”

Meanwhile, Supreme Greens owner Armando Real said during a brief interview on Sunday, Aug. 1, “we are very, very sure that the customer was in on it.”

Such robbery attempts are not uncommon for Supreme Greens’ drivers, Real said, adding, “every two or three months a driver gets assaulted but never shot at.”

Real said the client was acting strange as the delivery was taking place, which reportedly occurred in the 2600 block of Jade Tree Street in the northern end of the newer subdivision on the western edge of Imperial.

Two “really well-dressed” men with bandanas appeared and one of them put a gun to Real’s driver’s head and demanded money, and that’s when the driver bolted, and a single shot was reportedly fired at the vehicle.

Real said the driver could see the gun go off in the rear-view mirror, likely a flash from the muzzle.

As of Sunday, no law enforcement officials had contacted him to update him on the investigation.

The last time an assault occurred on one of Real’s driver was about three months ago in Brawley.

Limited information has been made available by Imperial police, which put out a press release on the incident on Friday afternoon, July 30, in which it was first reported as an armed robbery rather than an attempted robbery.

“When officers arrived on scene, it was determined that there were no injuries to the victim. Detectives canvased the neighborhood for additional information and video surveillance of the incident,” according to Sheffield in the Friday statement.

The attempted heist occurred at 9:07 p.m., the initial release stated.

The Savannah Ranch subdivision is fairly isolated from the city. Located on the western edge of Imperial, it is only accessible by Brewer Road, an east-west street with access from Austin Road midway between Aten and Worthington roads.

According to posts on the Imperial Valley Scanner Facebook page, Imperial police and Imperial County sheriff’s deputies reportedly met with the victim at an undisclosed yet safe location to interview him.

A bulletin put out by Imperial police shortly after the robbery on Thursday night stated that officers in neighboring cities were being advised that the suspect used a silver pistol and no vehicle description was available, according to an entry from the El Centro Police Department call logs.

Someone representing Supreme Green Collective, who later identified himself as Real, posted on the Imperial Valley Scanner page on Friday afternoon:

“This was an unfortunate but isolated event, Supreme Greens has been serving several loyal customers in the Imperial Valley for almost 2 years, without any issues. Our Customers and our employees safety is our number one priority. We trust the professionals at Imperial PD to handle the investigation, and we are sure the ones responsible will pay for there (sic) actions.”

Imperial police continue to investigate the case and ask anyone with information to call 760-355-1158.