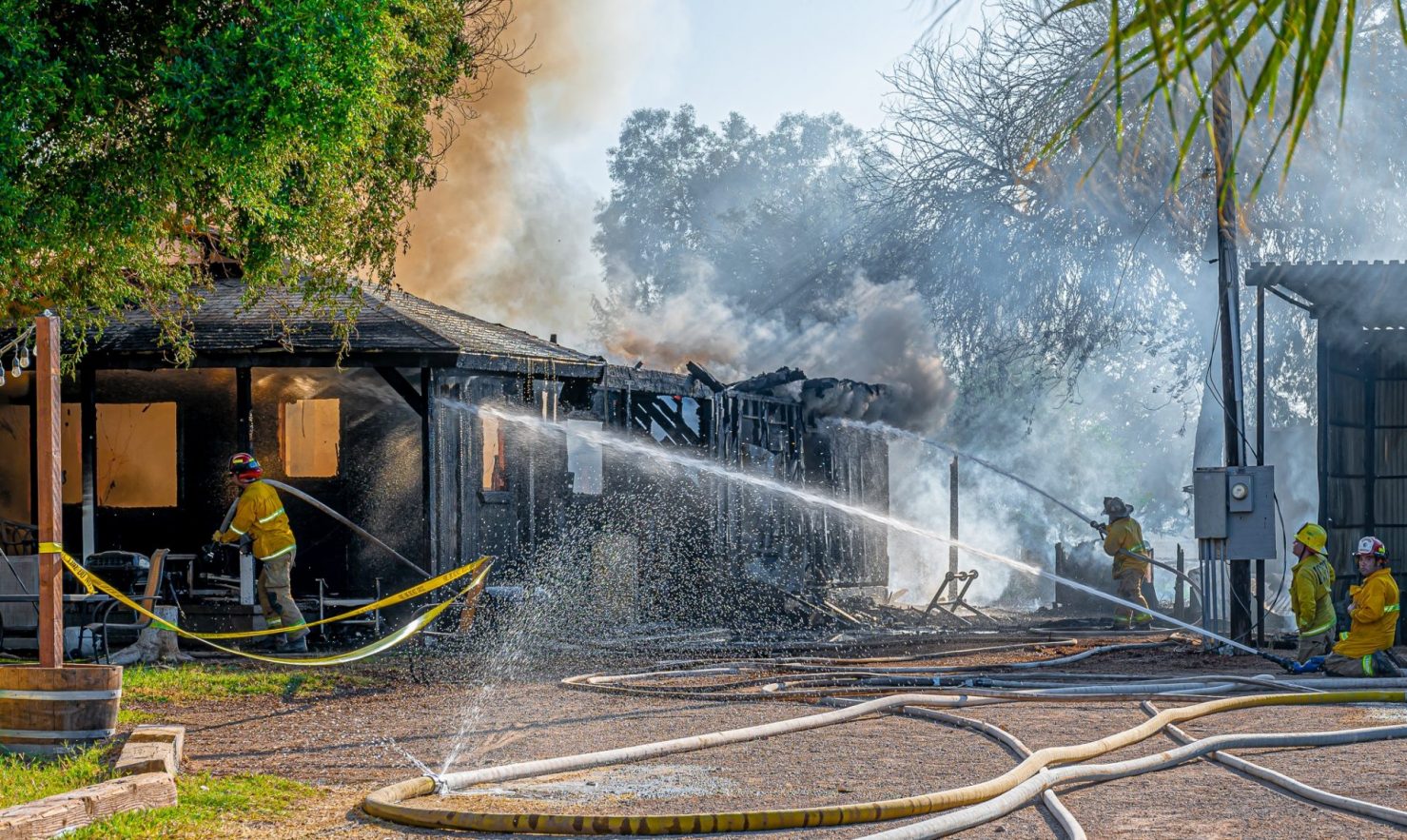 Imperial County firefighters douse a home in the 1800 block of Parker Road a couple miles east of El Centro on Sunday afternoon, Aug. 1 that already appeared to be a total loss at that point. A nearby shed, recreational vehicle and pickup also burned. | CAMILO GARCIA JR. PHOTO
Home
Public Safety
In Public Safety

Shed, RV, and Pickup Also Destroyed in Blaze Near Parker and Gillett Roads

A family of eight, including six children, was displaced when its home was destroyed by fire Sunday afternoon, Aug. 1, several miles east of El Centro.

Around 4 p.m., a family member reported the fire, which consumed the home on a large lot in the 1800 block of Parker Road about two miles east of Dogwood Road along East Gillett Street, Imperial County fire Battalion Chief Angel Morales said.

Also destroyed was a shed structure adjacent to the house, a recreational vehicle and a pickup, Morales added.

No members of the public nor any of the 18 fire personnel called in to assist were injured in the second-alarm blaze, Morales said.

That includes no injuries from exploding ammunition that was stored inside the home at the time of the fire, the battalion chief added.

There were few details available on the firefighting effort, with Estrada adding that the cause and point of origin were still under investigation.

Morales said the initial response was hampered by low water levels in a nearby Acacia Canal lateral. The Fire Department was able to get a hold of the Imperial Irrigation District to provide more water at the scene.

Although Morales said the fire crews did provide structure protection, the property was fairly isolated from nearby homes, with structures spaced out on separate lots to the immediate north and south of the fire site, which had a property address of 1875 Parker Road. There are five property addresses in the 1800 block of Parker.