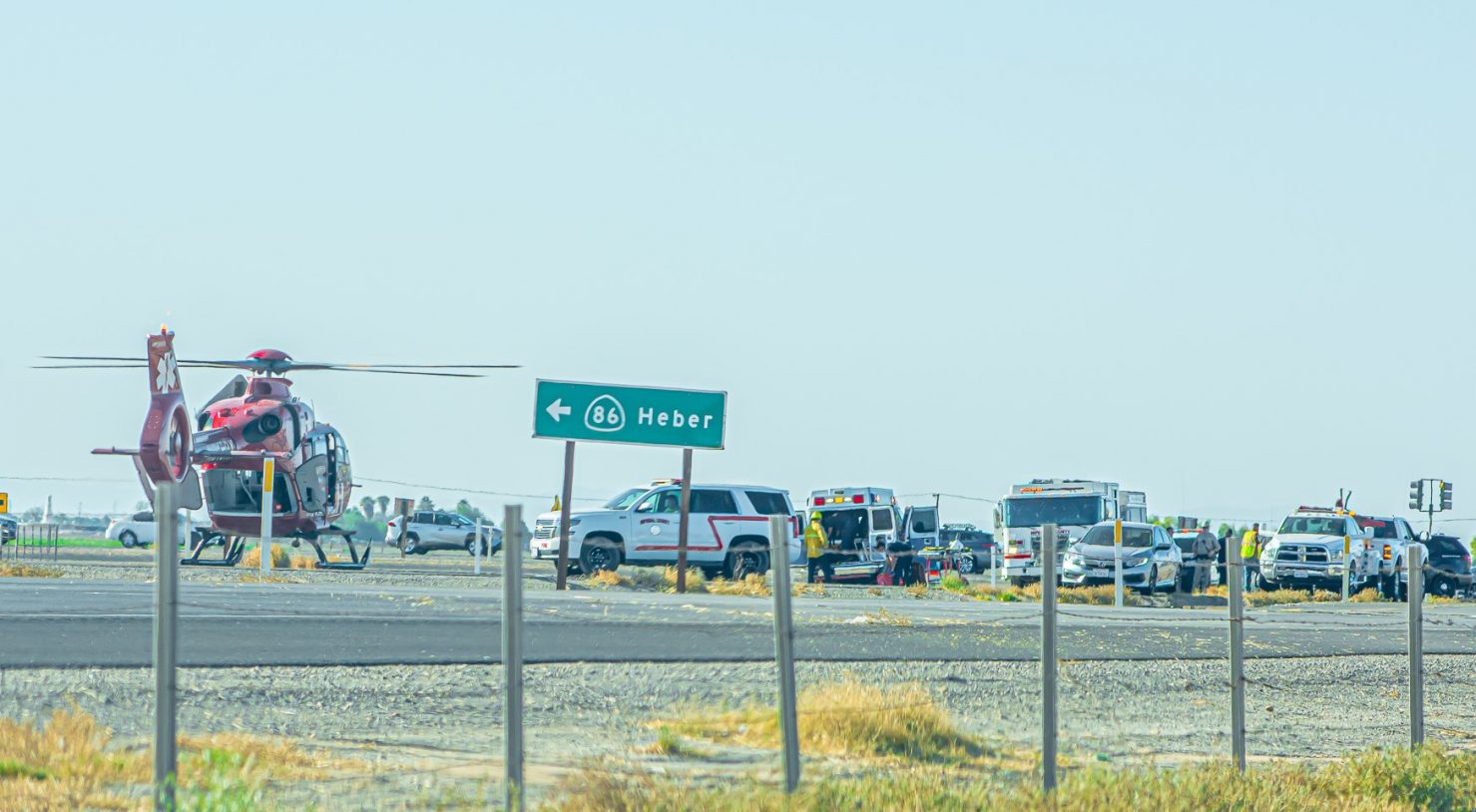 A REACH helicopter landed on Highway 111 south of Heber Road to transport the driver of a motorcycle who ran into another vehicle that was slowing down for traffic related to an earlier wreck on Monday afternoon, Aug. 2. | CAMILO GARCIA JR. PHOTO
Home
Public Safety
In Public Safety

Motorcyclist Flown Out After Accident North of Calexico

CALEXICO — A motorcyclist had to be airlifted to a Riverside County trauma unit on Monday evening, Aug. 2 following the second of two separate but related traffic collisions that occurred in the same area less than an hour apart.

A REACH helicopter landed and lifted off from the southbound lanes of Highway 111 south of Heber Road after the driver of the motorcycle rear-ended a car that was reducing its speed due to backed-up traffic from an earlier accident, California Highway Patrol spokesperson Officer Arturo Platero said on Tuesday afternoon, Aug. 3.

Few details were available as Highway Patrol had yet to issue a report on either collision by Tuesday afternoon.

The more serious incident was reported about 5:05 p.m. when the motorcyclist hit a Honda Civic from behind. The driver of the motorcycle was “unconscious on scene,” Platero said, and was transported to Desert Regional Medical Center in Palm Springs.

No name, age, city, or degree of injury was available for the motorcyclist, according to Platero, and the occupant or occupants of the Civic were not injured.

No other information on that accident was available, he added.

The Civic was slowing down due to traffic being backed up from four-vehicle collision that occurred about 4:15 p.m., when a woman who was driving her car in the north lanes of 111 south of Heber Road says she lost consciousness and traveled into the southbound No. 1 lane of the highway, Platero said.

She then sideswiped three southbound vehicles, all of which had already seen the woman heading in their direction and were able to avoid serious damage or injury, he added.

Only the driver was transported from the scene, by ground ambulance, for precautionary reasons because she claimed to have blacked out, Platero explained.

No personal information about the woman was available from Highway Patrol.

Both accidents were still under investigation by Highway Patrol.