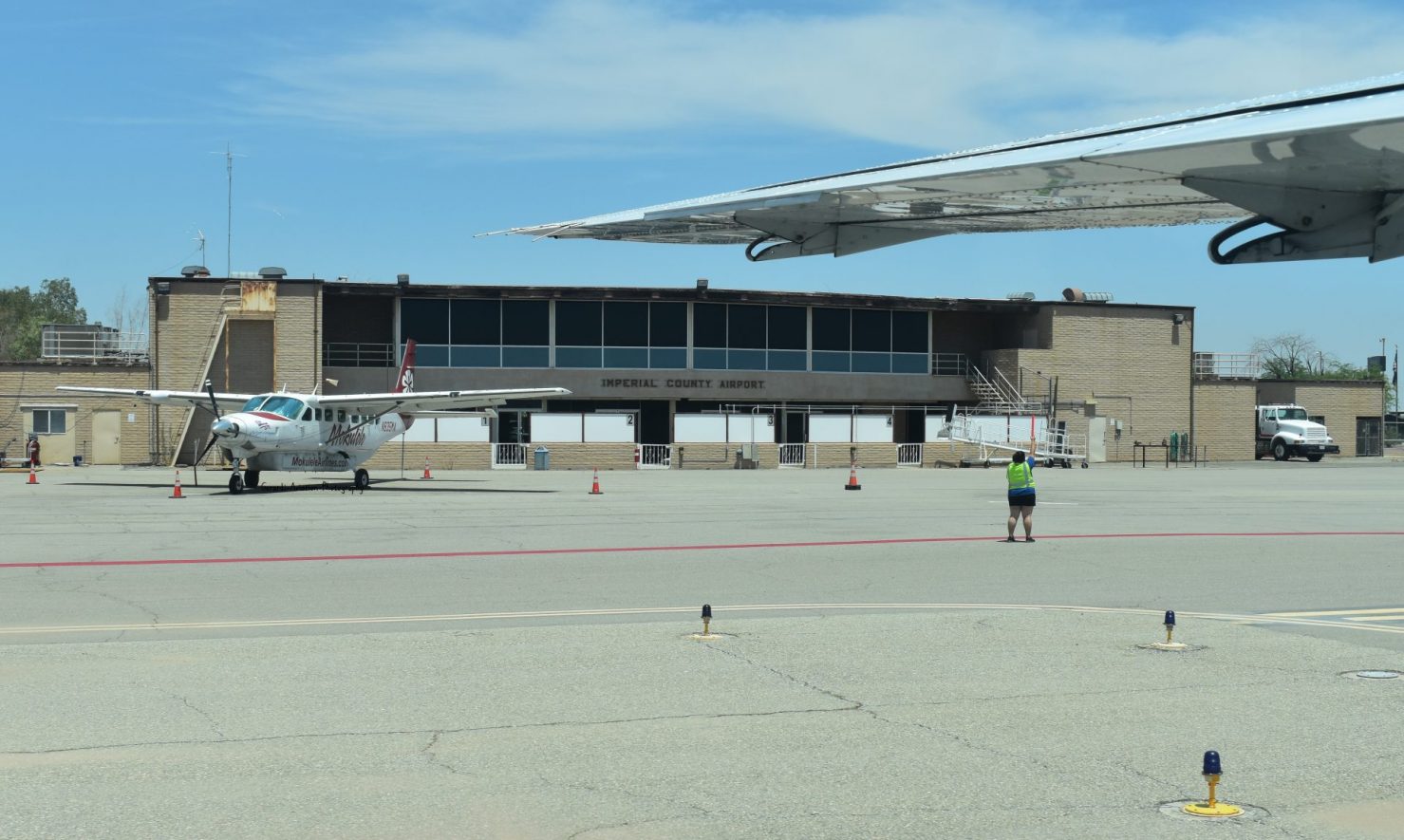 Staff Recommended Against Bid Winner Due to Subcontractor Connection

IMPERIAL — An aircraft pavement rehabilitation project at the Imperial County airport will move forward, but the decision was not made without its share of controversy.

The Imperial County Board of Supervisors went against staff’s recommendation to award the bid to a local company.

The board voted 3-2 on Tuesday, Aug. 3 to award the bid to Rove Engineering of El Centro, though county Public Works Department staff and county counsel recommended awarding the bid to Lakeside-based Hazard Construction. Rove’s base bid was for nearly $1.45 million, while Hazard’s base bid was for $1.75 million.

The controversy comes by way of one of the subcontractors Rove plans to hire for the project, Landmark Consultants Inc. of El Centro. Landmark was also a subcontractor in preparing a pavement study for the project on behalf of the county, according to a letter to the Board of Supervisors.

However, there is also a timing issue for the project since it is funded by a Federal Aviation Administration Airport Improvement Program grant, county Public Works Director John Gay said said.

“In the end, we have to make a decision. We did talk to the FAA about possibilities about rebidding. Early on that was my preference,” Gay told the board during a public hearing on Tuesday because of the link Landmark had to the county and the contract bidder. “We should have listed Landmark on those plans, and we failed. And I take full responsibility for that because it’s a very simple thing to do, and we’ve done that in the past.

“But because we wanted to get this project moving forward, it was an oversight on my part. But that doesn’t negate the fact that we need to make a decision,” he said.

“Should it be decided to reject all bids for this project, please note that the county may be at risk of losing the (FAA airport) funds awarded for this project,” according to the letter to the board.

State and federal regulations related to the project typically prohibit a company from both designing and building a project, according to a letter from the county counsel department to Rove’s attorney. The geotechnical services provided by Landmark on the project site placed Landmark, and by extension Rove, in a position to acquire information about the project that may not have been available to other contractors and subcontractors bidding on the project.

It raised concerns of a possible unfair competitive advantage or a potential conflict of interest, the county stated.

Katherine Turner, attorney for Rove Engineering, spoke to that potential conflict of interest, stating the work Landmark did would not give Rove Engineering a competitive advantage. Landmark is an expert in FAA measurements, which is what is needed to complete the project.

“No one in Imperial County wants to see the county lose this money. That’s critical to us,” she said. “We want the airport to be paved, and we support that. … Rove’s not only legally but morally the right decision.”

She added that the bid is almost $300,000 less than Hazard’s bid, and Rove is completely local.

Those were concerns county board Chair Michael Kelley shared earlier in the meeting. He questioned whether Rove even knew that its subcontractor was involved, let alone whether there would be “inside information” to share.

Escobar said he voted against awarding the contract because he specifically asked county counsel about its recommendation, and because of the potential conflict of interest, counsel had recommended awarding the bid to Hazard Construction.

Hazard Construction representative Tim Zelter pointed out that information from the designer of the project could prove important to bidding the construction phase.

“This is a cut-and-dry issue,” he said. “You were very well served by County Counsel and Public Works.”

This is the first large airport project since Public Works took over after the retirement of the airport manager in 2020, Gay said.

“My hope and my wish was that we would have a more linear process in terms of how we had to make a decision on this, and unfortunately that did not occur,” he said. “There’s been a lot of time and investment and review.”