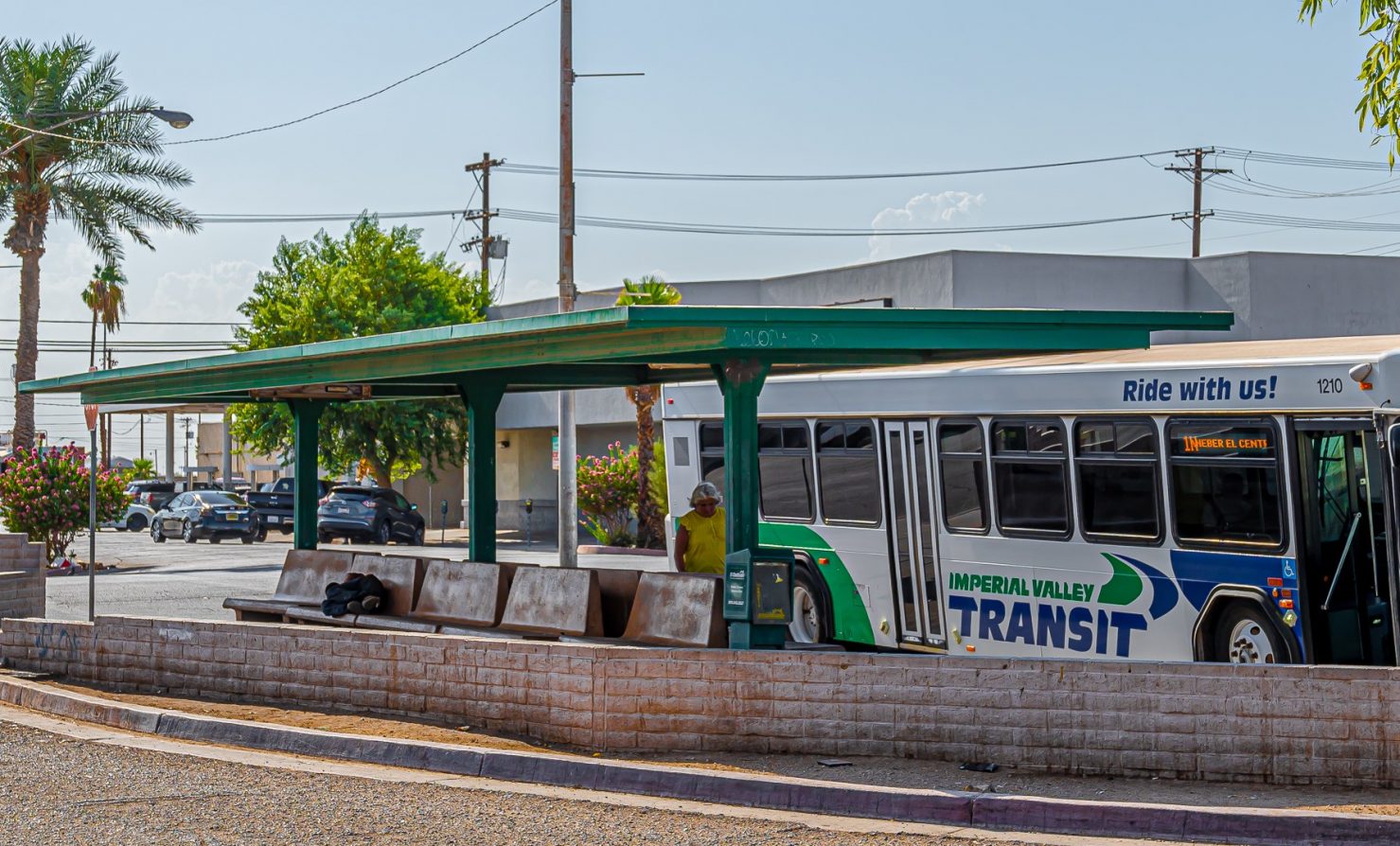 A homeless man was found dead near the bus stop at Third Street and Paulin Avenue in downtown Calexico about 4 p.m. Wednesday, Aug. 4. Another homeless man can be seen sleeping on a bench there on Thursday afternoon, Aug. 5. | CAMILO GARCIA JR. PHOTO
Home
Public Safety
In Public SafetyRegional News

Third Homeless Death in the Downtown Since July 9; All Could Be Linked to Extreme Heat

CALEXICO — An autopsy is pending for a 61-year-old homeless man who was found deceased in the area of the bus stop in the 300 block of East Third Street about 4 p.m. Wednesday, Aug. 4.

While acknowledging that no foul play or suspicious circumstances surrounded the death of Cristobal Bejerano Barraza, county Deputy Coroner Emmanuel Ramirez on Thursday, Aug. 5 chose not to speculate about what the cause of death might have been.

Homeless advocate and Calexico Brown Bag Coalition co-founder Maribel Padilla said that she had spoken to a companion of Bejerano Barraza on Wednesday evening after his death and was told that Bejerano Barraza had been feeling ill after having drunk alcohol in the morning.

“I’m sure he was dehydrated,” Padilla said in reference to Bejerano Barraza.

If Bejerano Barraza’s death is confirmed to have been heat-related, it would have occurred on a day when temperatures reached 118 degrees in the Valley. He was found dead at time when temperatures were at their highest for the day, according to the National Weather Service’s website.

Calexico firefighters who had responded to the incident found Bejerano Barraza already deceased when they arrived. Capt. Eduardo Ainza said that transients’ body temperatures often aren’t able to decrease sufficiently overnight because the Valley’s nighttime temperatures often hover in the 90s to 100s, placing them at heightened risk of heat-related illness or death.

“That must be one of the inherent risks of the Valley during the summertime,” Ainza said on Thursday, Aug. 5. “It’s a difficult environment for transients to survive.”

Bejerano Barraza’s passing marks the third death of a homeless individual in Calexico since July 9. At least one of those other two deaths was suspected by authorities of having been heat-related at the time it occurred. The other, which was found the same day, was likely heat-related as well, authorities have theorized.

Homeless advocate Padilla said that she ventures into Calexico’s downtown area to distribute water on days when temperatures reach 115 degrees and above.

Homeless individuals appear to be making use of laminated cards that the Brown Bag Coalition has distributed to them and which can be used to obtain a free bottled water, Gatorade, and granola bar that the coalition has stored at the Calexico Wellness Center Thrift Store, Padilla said.

The Wellness Center is located at 406 E. Second St., in the downtown area, making it a convenient stop for the homeless individuals who congregate in the area.

Cool drinks are stored near the Calexico Needs Change community refrigerator inside the store, and room temperature water — which Padilla and other says is best for maximum hydration — is nearby as well.

Although the city’s Community Center serves as its designated cooling center, it appears to be shunned by homeless individuals, largely because of its distance from the downtown area.

“It’s too far and there’s no water there anyways,” Padilla said.

Previous
Calexicans Have Until Aug. 31 to Refine Plan