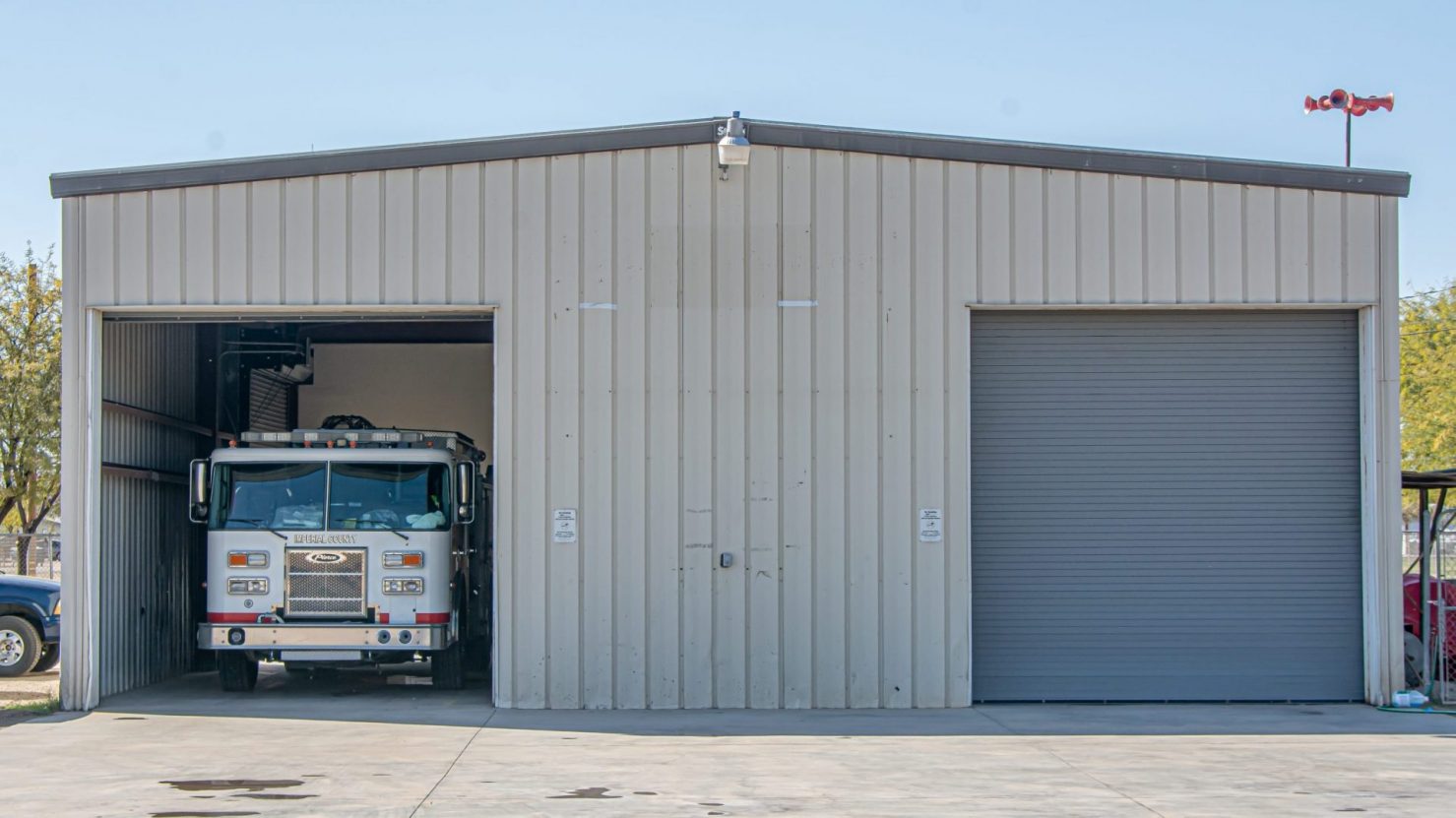 The Imperial County Fire Department's Seeley substation at 1828 Park St. is shown. The simple corrugated metal building with twin bay doors will be replaced by a new location and cooling center to be built on a piece of land at 1862 W. Evan Hewes Highway. The Imperial County Board of Supervisors on Tuesday, Aug. 3 approved an additional $1.6 million for the project due to increased building materials costs. | CAMILO GARCIA JR. PHOTO
In Regional News

With little discussion, the Imperial County Board of Supervisors voted to declare a state of emergency for a faulty well booster system that creates hazardous conditions for residents and first responders of Winterhaven, according to the declaration.

A booster system helps convey water from the plant to its destination, and the electrical works on a control panel to make the booster operational needs replacement, according to Lopez’s report to the county board. It is one of several pieces of equipment needed to complete work on the plant.

Lopez asked the county to use additional block grant funds to fix the final portion of the project. Work preceding this request has been done through a Community Development Block Grant.

“The lack of an adequate electrical system has caused the plant to glitch, compromising the plant operations,” Lopez wrote in a letter to the board. “The more time passes that this work is not completed, the more strain and problems the plant has, especially during the warmer months. At this point, there is great concern the system may not completely recover if it experiences another glitch.

More block grant funds are set to go into another project, an additional $1.6 million for the construction of the Seeley Public Safety Facility, a satellite station for the Imperial County Fire Department.

“The original application was submitted in 2019,” said Deputy County Executive Officer Esperanza Colio. “However, due to increases in the cost because of COVID-19 and other factors … we’re going to ask for an additional $1.6 million.”

“The increase in costs is beyond the normal inflation experienced in normal circumstances by construction after two years of projected cost estimates,” according to Colio’s staff report to the county board. “The engineer that prepared the original cost estimate has revised the project estimates to accurately reflect the costs for the facility at the present time.”

The fire station project received $3 million in its original grant, she said. The project is set to include a cooling center for the township.