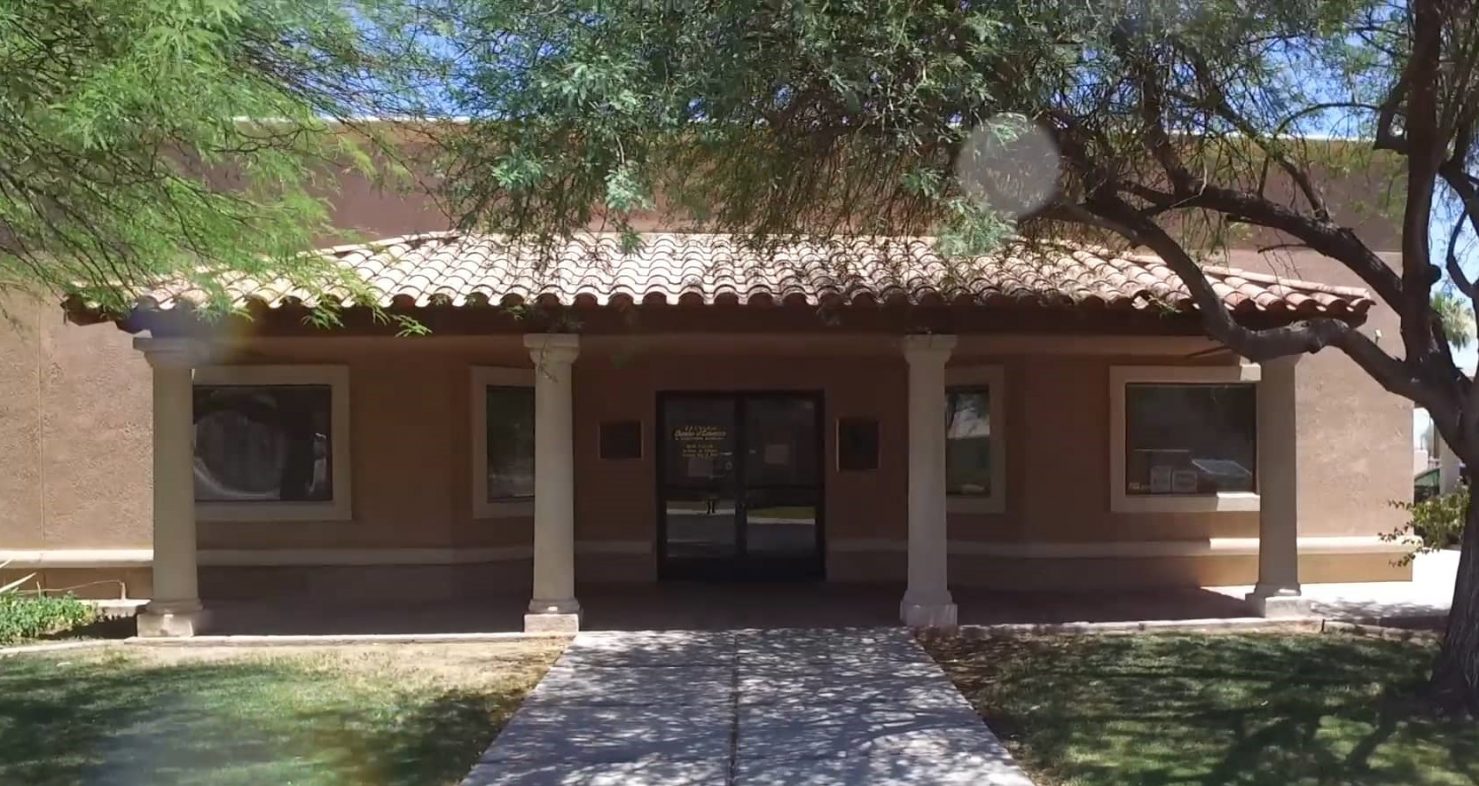 EL CENTRO — In the five months that Daniel Sohn has served as Imperial Valley Regional Chamber of Commerce chief executive officer, he’s been strengthening, building and, in some cases, mending relationships.

And though Sohn, a native of Florida, brings an outsider’s perspective — and a wealth of knowledge in the public and private sphere — that point of view has allowed him to carry out the vision that he has been tasked with by the chamber’s board.

“I was not hired to do things how they were always done,” Sohn said in a phone interview on Thursday, July 29.

The result has been that stakeholders have warmed to his emphasis on the refinement of the past successes of the El Centro, Imperial, and Westmorland chambers, which the Imperial Valley Regional Chamber of Commerce officially replaced with its launch on Aug. 1.

Additionally, Sohn has shied away from making any drastic changes to the focus and operations that had been preferred by the old chambers, which after lengthy discussions agreed in October 2020 to band together.

The “Voice” of its Members

What has emerged, Sohn said, is a regional chamber that is better suited to both meet the challenges that are facing its membership in a post-COVID environment, as well as longstanding concerns.

“What sets it apart from what has historically been done in the Valley is the advocacy and the level of participation,” Sohn said. “And being the voice for the businesses at the regional level when it comes to legislation that affects business and commerce in the Valley.”

As the “voice” of its membership, the regional chamber is also aiming to raise its public profile beyond being associated with the typical chamber-sponsored mixer. Too often, those events are focused on networking and revelry but not more substantive activities or outcomes.

“They’ve got to get something out of it,” Sohn said, referring to the regional chamber’s members. “It’s no longer just about going to an event.”

Instead, Sohn said he has directed the regional chamber to work more closely with its partners and stakeholders to better serve its membership and, by extension, the wider Valley community.

Toward that end, the chamber can increasingly be expected to take positions on programs and ordinances within the respective cities where it operates, Sohn said. One such example was its public support for the downtown façade improvement pilot program the El Centro City Council approved in May, and which provides up to $15,000 in grant funds to eligible downtown businesses that wish to beautify their storefronts.

In Imperial, the regional chamber has embarked on an effort to promote the diversification of its tax base, to increase the options that consumers have at their disposal, Sohn said.

For Westmorland, the chamber’s focus remains on helping the city raise its profile, through marketing and promotions, to entice additional patronage from residents who live outside of the city and county, he said.

With the offered support of the California Chamber of Commerce and the Valley’s elected representatives at the state and federal level, Sohn said he is confident the regional chamber will rise to the occasion and make good on its mission.

Regional chamber staff has also undertaken a “tour” where they spend an hour and a half working as “employees” of a member’s business to better understand the business’ current successes and challenges.

Some of those participating businesses have included State Farm Insurance in El Centro and Nana’s Kitchen in Imperial. Plans had also called for a shift at The Original Town Pump Steakhouse in Westmorland upon its reopening.

“One and a half hours is certainly nothing compared to what business owners and employees do every single day to serve our community,” Sohn said. “We’re trying to experience a little bit of what they go through.”

As the regional chamber makes its debut, it faces a business landscape marred by store closures, diminished in-person customer traffic and increased costs of operations because of the COVID-19 pandemic.

And while some in the restaurant sector had experienced increased take-out sales, that revenue stream may not have necessarily offset the increased costs of operations associated with the adoption of additional health and safety precautions, Sohn said.

Given that some of the safety and health restrictions imposed on businesses during the COVID-19 pandemic have since been lifted, Sohn also said he hopes the regional chamber can help members revive their businesses through promotions and chamber-sponsored events.

“Everyone is looking forward to some togetherness,” he said.

Aside from the chamber’s efforts, the revitalization of local businesses who were impacted by the pandemic will require the involvement of key elected and appointed community leaders, who are considered the chamber’s partners in all its endeavors.

From Early Discussions to Grand Opening

The idea to form a regional chamber of commerce comprised of members of the Valley’s various chambers of commerce dates back a few years. The concept was modeled after the Greater Coachella Valley Chamber of Commerce, which includes as members the Cathedral City, Coachella, Indio, Desert Hot Springs, and La Quinta chambers, as well as Cabazon and Twentynine Palms bands of Mission Indians.

Eventually, the El Centro, Westmorland, Imperial, and Brawley chambers entered into discussions to determine the regional chamber’s feasibility. Ultimately, the Brawley chamber’s board decided in October 2020 to withdraw from talks and have the chamber remain independent.

“An analytical projection for the first year and a half of the regional model clearly indicated an operational deficit, which would subsequently require the use of and erode almost the entire amount of combined reserves available,” the Brawley chamber announced in an Oct. 29 press release.

“In addition to the financial loss we would incur, the prospects of resuming pre-COVID event activities is dismal, making future income even more uncertain for the region.”

Ramiro Urias, chief executive officer of the Chamber of Commerce for Greater Brawley, as it since has rebranded itself, said financial projections weren’t the board’s only deciding factor, but part of a “bigger picture” that it had considered.

Nor did he rule out the possibility of one day reconsidering the Brawley chamber’s inclusion on the regional entity.

“We haven’t fully closed the door on that,” Urias said on Friday, July 30.

The Holtville chamber had also decided to remain independent, citing a desire to focus on its existing membership in Holtville. Its executive director, Rosie Allegranza, previously told this newspaper that the chamber was open to possibly participating with the regional chamber or working with others in the future.

The Calexico Chamber of Commerce is also sitting it out. It had been facing financial issues even prior to the pandemic, which had forced its closure and the cessation of membership renewals.

Representatives have held a few informal meetings over the summer and are currently evaluating the chamber’s possible reopening, said Victor Carrillo, a former Calexico mayor who’s participated in the discussions.

With the Imperial Valley Regional Chamber now up and running, its formal grand opening is scheduled from 6 to 9 p.m. Sept. 30 at the former site of the El Centro chamber.

In advance of the event, the regional chamber will release a series of weekly announcements, starting with the introduction of its executive board members, and followed by other chamber-related notifications.

Plans also call for the establishment of satellite offices in Imperial and Westmorland, to allow members within those areas to visit with chamber officials in person in place of having to travel to El Centro.

“It’s not going to happen right away,” regional chamber CEO Sohn said. “That’s important for us to be there for our members.”

The executive board is also part of the overall 13-member board that will direct the regional chamber. Although Sohn is included on the board, as a 14th member, he does not have a voting right.

The now-defunct El Centro chamber’s chief financial officer and its former membership coordinator will also be joining the regional entity as staff. Employment in the regional chamber had been offered to the staff members of the chambers participating in the merger discussions.

The Westmorland chamber was a volunteer organization so therefore did not have any paid staff to hire, while one of the Imperial Chamber’s staff members found employment elsewhere while its former CEO cited personal reasons for not seeking employment with the regional chamber, Sohn said.

Attempts had also been made to hire the regional chamber’s CEO from among representatives of the local chambers, but when not enough eligible candidates applied, the recruitment process was opened up nationwide and subsequently generated more than 100 applicants.

That is how Sohn said he got wind of the position, which was one of three similar positions he had applied to prior to his local hiring about five months ago.

A native of Florida, Sohn has had extensive experience in the public and private spheres, and is managing partner at the Floridian Group, a consulting firm that specializes in community affairs, policy development, government relations and procurement, as well as advocacy and grant management.

Since his arrival, Sohn said he has been impressed by the level of engagement from the regional chamber’s board and has already made a few lifelong friends, too.

“It literally and figuratively has been a warm welcome,” Sohn said.

Next
Calexico Library Director: ‘Great Feeling’ to Be Open