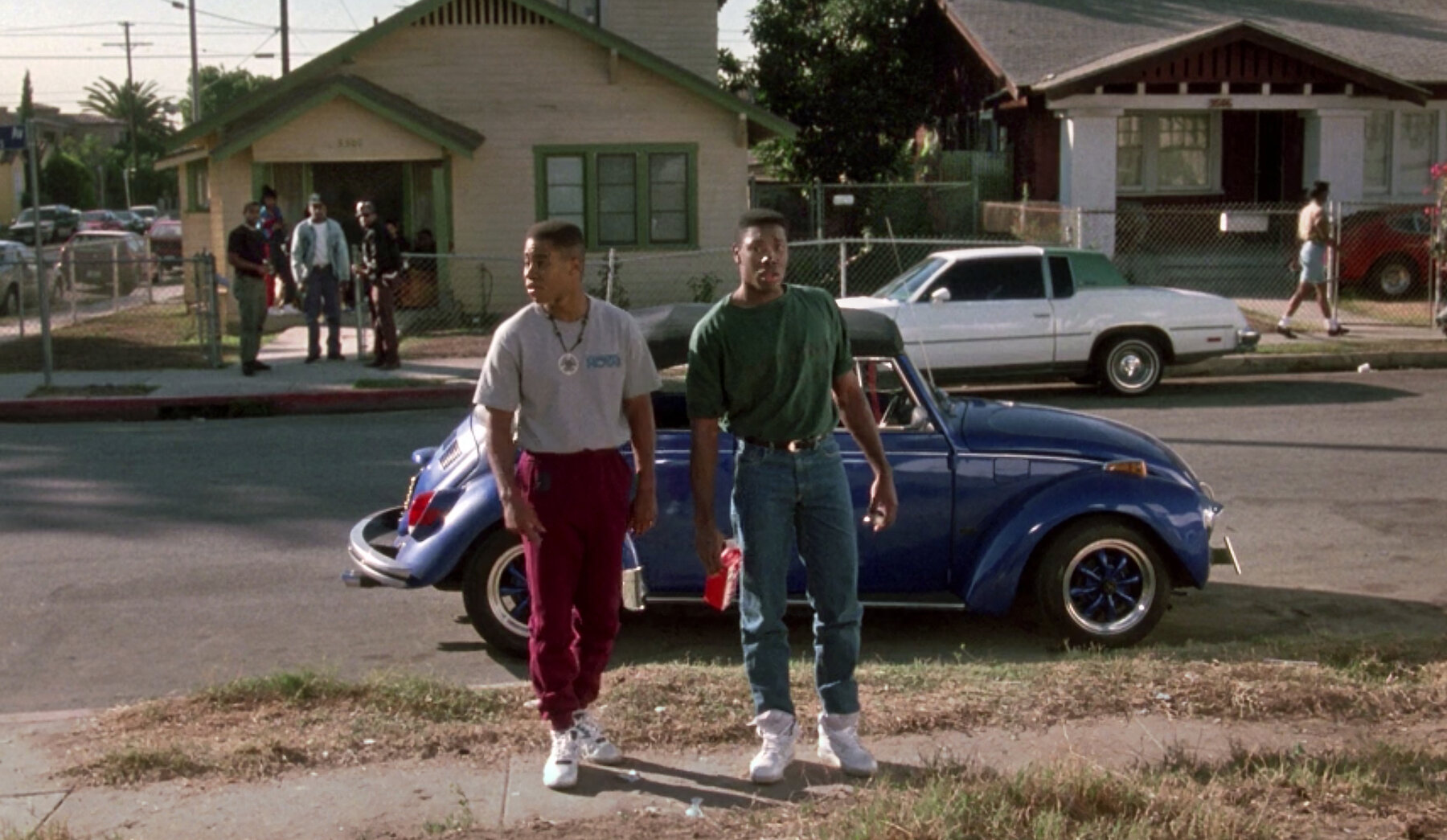 A scene from John Singleton’s gritty 1991 film, “Boyz n The Hood,” was actually the treatment he used to get into USC School of Cinematic Arts. | COURTESY PHOTO
Home
Opinion
Share

While making history on the French Riviera a few weeks ago, it’s a known fact that nobody reps New York harder (or as loud at Knicks games) as Spike Lee and frankly, vice versa.

True story: Lee had to leave Brooklyn because fans kept showing up to his doorstep unannounced after the release of “Do the Right Thing.” Nevertheless, that hasn’t stopped the critically acclaimed filmmaker, best known for timely and timeless masterpieces (also known as “Spike Lee Joints”) such as “Malcolm X” and “BlacKkKlansman,” from leaving the city.

Lee has been teaching at New York University’s Tisch School of the Arts in the Graduate Film Program since 1993, serving as its artistic director since 2002. While he is a meticulous fact-checker (code for harsh grader?), students have affirmed that the director is an invaluable mentor who provides in-depth critique on their short films and even arranges internship opportunities.

He is a proclaimed “student of cinema” himself and encourages his students to treat their film education as a lifelong pursuit. Available online, Lee hands out a list of films at the beginning of each semester to his students that he regards as “essential” viewing for every aspiring director.

Let’s get to work and stream some, shall we?

What do filmmakers Joanna Hogg, Sofia Coppola and Martin Scorsese have in common? Unabashed adoration for Pressburger and Powell’s pièce de résistance. Frankly, “The Red Shoes” is a film about passion … and that shows in every single frame. Two words: Technicolor heaven. I regard the romance as one of the most aesthetically pleasing films of all time. If you’re interested in programming a double feature, might I suggest pairing the 1948 film with Vincente Minnelli’s “An American in Paris” (also included in Spike Lee’s list of recommendations)? Both films not only dazzle with 17-minute dance sequences but are quite similar thematically: artists going after their creative aspirations like there is no tomorrow.

Interested in a non-conventional icebreaker? Ask your fellow cinephiles about their interpretations of Kurosawa’s magnus opus. I guarantee that everyone will agree to disagree on just about everything. And that’s the point. In “Rashomon,” four individuals attempt to make sense of and recount a man’s murder and the rape of his wife. Ever hear of the “Rashomon Effect”? The term (used to define both the psychological phenomena and film technique) was coined after the 1950 film, referring to the tendency of human beings to have different perspectives on the same event. Other film titles that bear the distinction of becoming part of the cultural zeitgeist: “Sophie’s Choice,” “The Full Monty,” “Groundhog Day” … Talk about random!

The 1970 dark comedy holds the unique distinction of having its “spin-off” (the famed television series starring Alan Alda) overshadow its own success and place in American pop culture. Similar to my “This is Spinal Tap” viewing experience, “M*A*S*H” demands multiple rewatches. Too many jokes that whoosh right over your head.

“Stranger Than Paradise” suggests that ignorance is bliss … and paradise. A demented, somber paradise at that. Yet, Eszter Balint’s delivery of lines such as “It’s Screamin’ Jay Hawkins, and he’s a wild man, so bug off” get me every single time. The 1984 absurdist comedy about detachment and ennui undoubtedly influenced the 1990s independent film movement, serving as a launchpad for filmmakers to make personal films (a.k.a. passion projects) as opposed to playing it safe and catering to studio executives. Its master-shot vignettes alone are ingenious. This cinematic technique (note: the film consists of 67 shots total) masterfully communicates that while the three main characters’ lives are marked by dullness, their friendship is a source of delight. It takes center stage.

Fun fact: As part of his application materials to USC School of Cinematic Arts, John Singleton submitted a treatment for a story that hit close to home. That was “Boyz n The Hood.” Singleton’s film directorial debut oozes pure artistic and spiritual fervor — the type that demands to be seen and heard. He was the first African-American and youngest filmmaker ever to be nominated for an Academy Award for Best Director. Yes, for his first feature film.