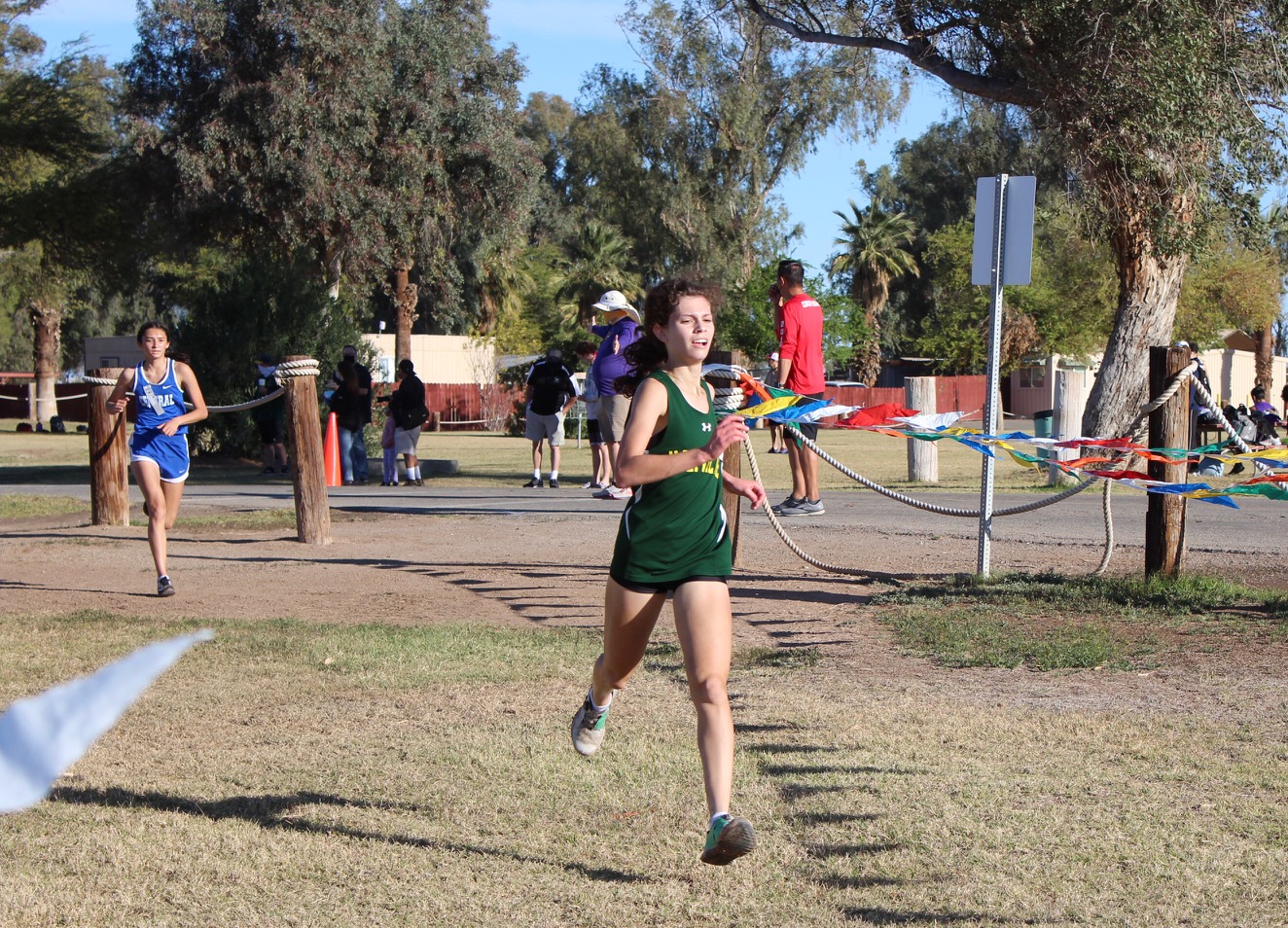 Holtville High School sophomore Lilian Strahm is projected to be one of the top-two cross-country runners in the Imperial Valley for the upcoming season. The Vikings open their season at the Vaquero Stampede in Lakeside on Aug. 21. | FILE PHOTO
Home
Sports
In Sports

HOLTVILLE — It’s a different type of athlete who excels at cross country. Early-morning practices, long runs and mental toughness are all the things a cross country runner has to look forward to when getting involved in the sport.

But once the athlete commits to it, the rewards begin to flow as they see their times improve from week to week.

“It’s a very demanding sport but it’s certainly not impossible,” said Gerardo Lara, longtime coach for Holtville High School. “We are a small program, but talentwise we are as good as any team in the valley.”

Lara’s Vikings began practice on Saturday, Aug. 7, exactly two weeks before the first meet, which will be the Vaquero Stampede, hosted by El Capitan High School in Lakeside.

The outlook for the Lara and the Vikings is promising on an individual basis, but maybe not as a team. For the first time in a long time, the number of girls out for cross country outnumbers the boys, Lara said.

There are eight girls currently ready to compete with only three boys. Teams need at least five runners to be able to record a team score.

The leader of the girls team is sophomore Lilian Strahm who stormed onto the scene in the spring and finished in third place in the Imperial Valley League as a freshman.

“She’s currently No. 2 in the Valley according to last year’s IVL finals. She finished third but one of the top two graduated,” Lara said. “She is emotionally and athletically a very talented young lady and if she stays on pace with her running she will be able to go anywhere she wants after she graduates.”

Seniors Danytza Sandoval and Lesley Sandoval will be counted on for the Vikings’ girls squad along with a trio of freshmen in Clara Strahm, Hope Neri and Ashley Reyna.

On the boys side, junior Julian Reyna will be asked to fill the huge shoes of graduated senior Alan Jimenez, who was setting new school and IVL records during the last season.

“Julian is going to be a success story if he continues to work and finishes what he started,” Lara said. “Athletically he’s more talented that Alan was, so I expect him to be the No. 1 runner in the Valley.”