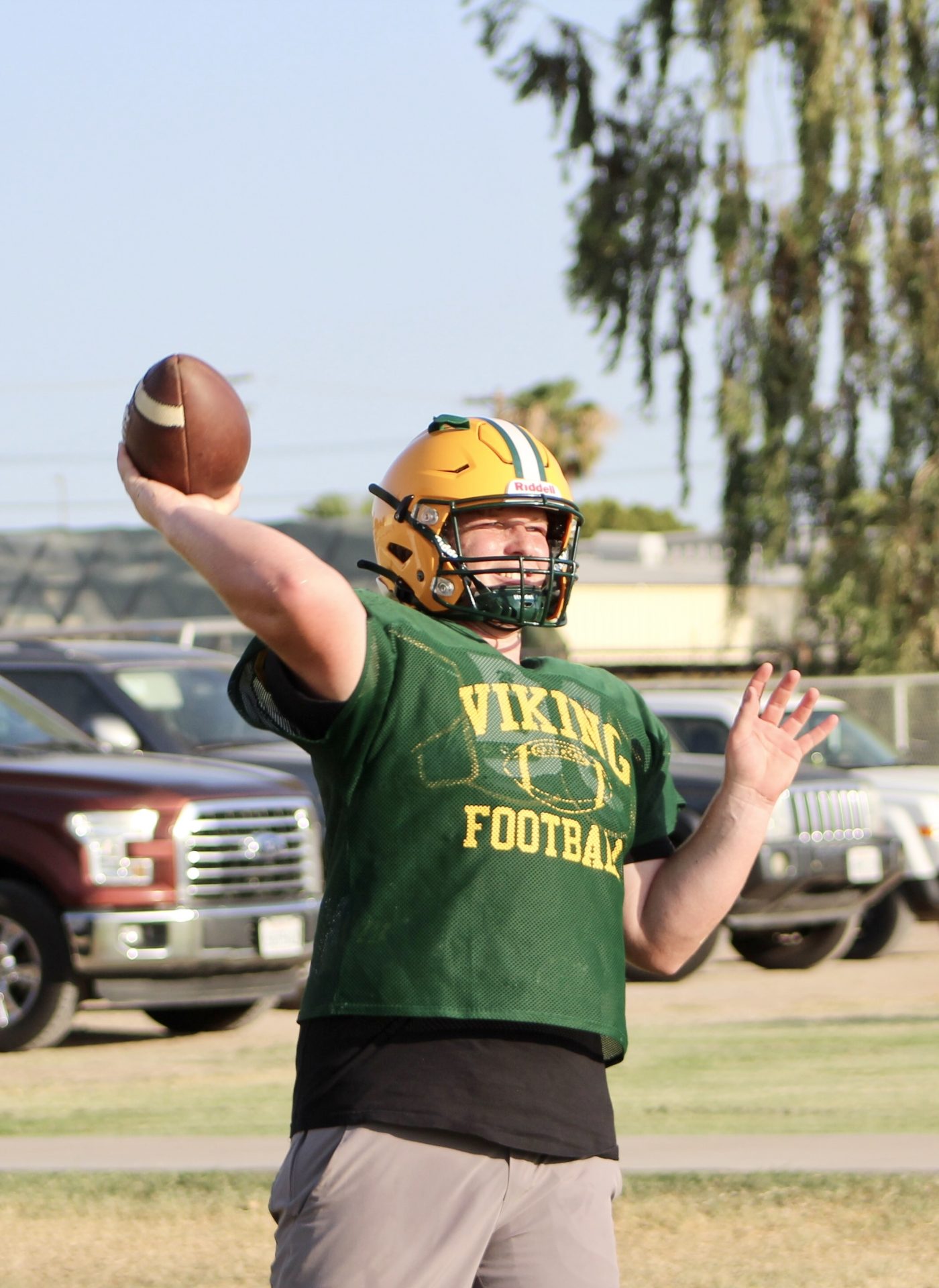 FOOTBALL: Familiar Face Back at QB for Vikings

HOLTVILLE — Last we saw of Holtville High’s Spencer Hilfiker was during a tough, 21-14, loss to Mission Bay in the CIF-San Diego Section Division IV quarterfinals. That was November 2019 and he was a 16-year-old sophomore.

After sitting out the COVID-shortened 2020 season that actually happened in spring 2021, Hilfiker is back at quarterback for the Vikings as a soon-to-be 18-year-old senior who is ready to make the most of his final year of high school.

“I just needed that year off to mature personally,” said Hilfiker, who started eight games as a sophomore in 2019. “A lot of these guys are like family and I’ve been playing with some of them since I was 5 years old. I won’t ever get the chance to play with this family again.”

Hilfiker definitely has the arm to stand out at quarterback. He threw for 1,290 yards in his sophomore season of 2019, averaging 14 yards per completion and 143.3 yards per game. He finished the season with 14 touchdown passes and 12 interceptions.

“Sitting out really matured him,” said Jason Turner, Holtville’s fifth-year head coach. “From the last game he played against Mission Bay to now, it is like a totally different person out there.”

He has matured to the point where he’s been named one of the captains for the Vikings for the 2021 season.

“He’s a vocal leader and people follow him,” Turner said. “He’s acting like a coach on the field. It’s so nice to have a quarterback that is your vocal leader.”

While Hilfiker said he missed playing football with his friends in spring 2020, he said he kept tabs on the games and was rooting for his teammates as they captured the Desert League crown.

During the shortened season, Hilfiker saw the development of the Vikings ground game with the emergence of fellow-senior Payton Iten, who earned Desert League Offensive MVP honors for his efforts.

“I know we are going to run the ball this season. I’ll do whatever I can to help the team win a championship,” Hilfiker said. “Our line is developing and they are designed to run people over.”

When he is asked to throw the ball, Turner is confident in his senior quarterback’s arm.

“I think he’s got the best arm of any quarterback in the Valley,” Turner said. “He’s got pinpoint accuracy and he’s got a touch he puts on the ball that works well for him. He’s also got a great Level 1 throw where he can gun it in to his receiver.”

The Vikings have a favorable schedule with seven home games and just three road contests. Holtville opens the season in a nonleague showdown at Southwest High in El Centro at 7 p.m. on Aug. 20.

The Vikings then have five straight home games and won’t have to leave Birger Field until Oct. 8 when they open Desert League action in Blythe against Palo Verde Valley.