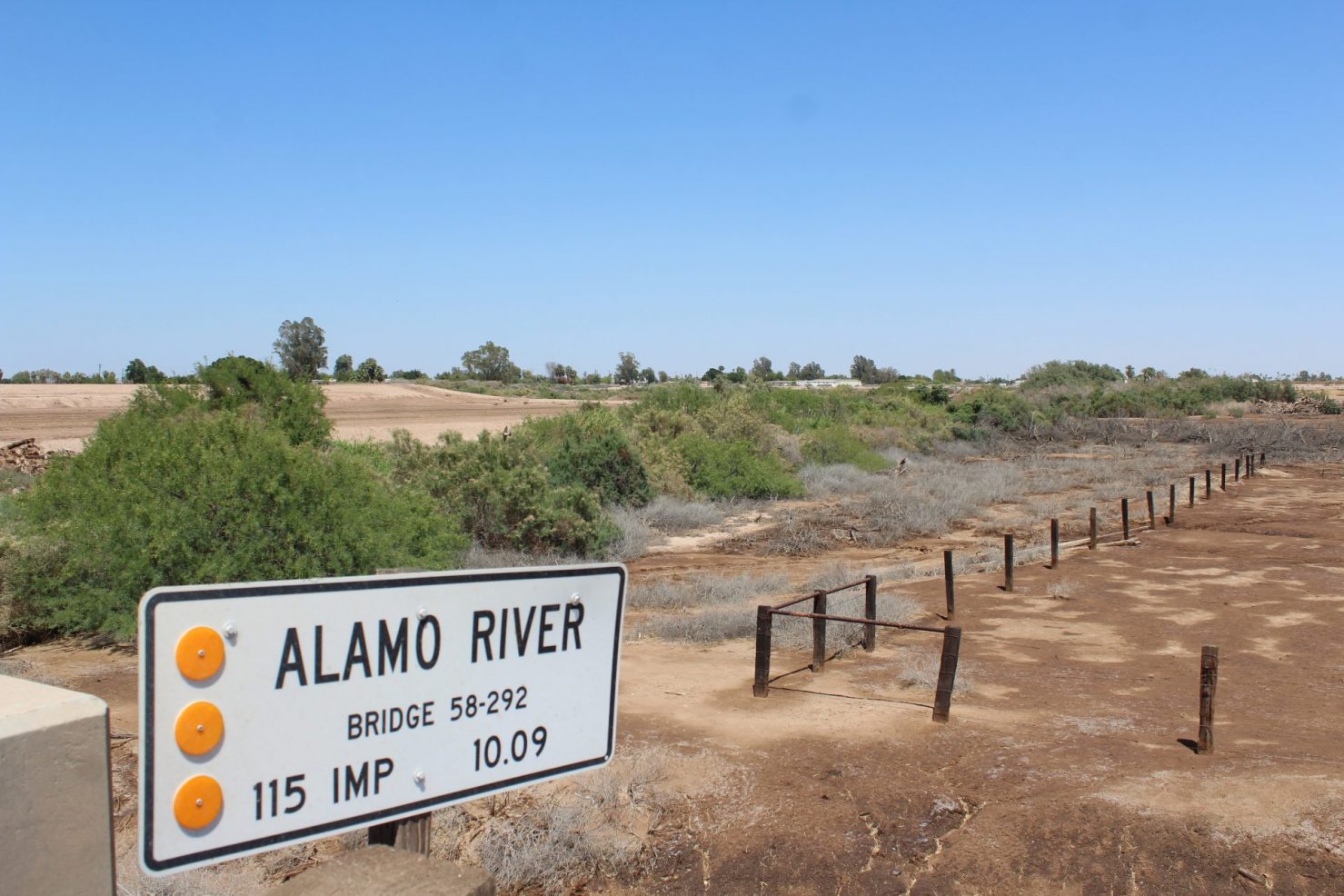 The Alamo River near Holtville is shown. The city is moving forward on its wetlands project and approved advertising for construction bid for nearly $3 million project during the Holtville City Council meeting on Monday, Aug. 9. | CATHI PHILLIPS LARIOS PHOTO
Home
Featured Stories
In Featured StoriesLocal News

HOLTVILLE — Newly two decades in the making, the long-awaited Holtville Alamo River wetlands are that much closer to reality as the city seeks someone to build out the nearly $3 million project.

The Holtville City Council on Monday, Aug. 9 approved advertising for constructions bids in a final push to finish the work that started in the early 2000s.

The project has been a collaboration between the city of Holtville, the Imperial Irrigation District, the county of Imperial, the Salton Sea Authority, local wildlife conservation group Desert Wildlife Unlimited, and the U.S. Bureau of Reclamation, the latter of which awarded $2.9 million for the wetlands project in September 2016.

Seeds of the project were planted when the bureau deeded the city 15 acres of property, IID deeded 16 acres, and the city added the remaining for the 57.71-acre project site in the early 2000s, and all preliminary work were completed by 2006. The design of the wetlands project was finished in August 2020.

The project features 27.5-acre wetlands to assist in improving water quality in the Alamo River and is proposed to be constructed on the southwest overbank of the Alamo River. The other 30-acre project site also includes the access road from Zenos Road, landscaping, and a walking trail for recreational use, according to the city.

When the bids are due back to Holtville was not immediately available.

The Holtville City Council approved a letter waiving the right to protest the annexation of an 8.19-acre site along the northern city limits. The City Council previously approved the proposed annexation of the Melon LLC residential project on Dec. 14, 2020, for the development of multi-family housing.

Located at the southwest corner of Ninth Street and Melon Road, only a small portion of the property is actually located within Holtville’s city limits. The rest sits just outside of town technically but is considered part of Holtville’s “sphere of influence,” granting Holtville heavy sway over the development of the property.

The council approved a draft for one of the seven elements needed to complete the city’s General Plan, its master development guide for future growth. The Housing Element sets forth goals, objectives, and policies to meet the housing needs of everyone in the community, according to a city staff report to council.

The state requires that Housing Elements be updated every eight years to coincide with the Southern California Association of Governments’ adoption of the Regional Housing Needs Assessment. The deadline to have a compliant Housing Element update is October.

To update the plan, the Planning Commission held a series of workshops starting in February to obtain input from the community about the housing needs of Holtville. Residents and developers attended these workshops, and helped Holtville identify issues they face, like the impacts of new legislation, overcrowding, and homelessness, according to the staff report.

Although there have been no new developments, a small crowd gathered at the City Council meeting to voice its concerns about the Methodist Church property in the city being turned into a “welcome center” for asylum seekers.

While most expressed that the church should be left as a church, Holtville Chamber of Commerce executive manager and Holtville resident Rosie Allegranza had something more to add. Allegranza clarified that she was speaking as a resident and not as a chamber representative.

“I agree with the man before, and I don’t know if this has been brought up or not, but I have had several conversations about it. The country club, I don’t know whether they are at capacity and why can’t they just be, or have gone there. So, I don’t see the need for another facility to house these people. So umm… that’s all,” the chamber official said.

In response to the public comments, Mayor Mike Goodsell and City Manager Nick Wells explained to those in attendance that city is limited in what it can do to stop the owners from doing what they want on their private property, so long as they have the necessary permits and comply with city ordinances.

Goodsell also reminded attendees that this project is still very early on, and has many steps it still has to take, so the welcome center might never actually come.

“At the moment, they are only cleaning up the property, which is good for the city,” the mayor said. “That’s it. There is a lot they still would have to do.”

Next
FOOTBALL: Familiar Face Back at QB for Vikings