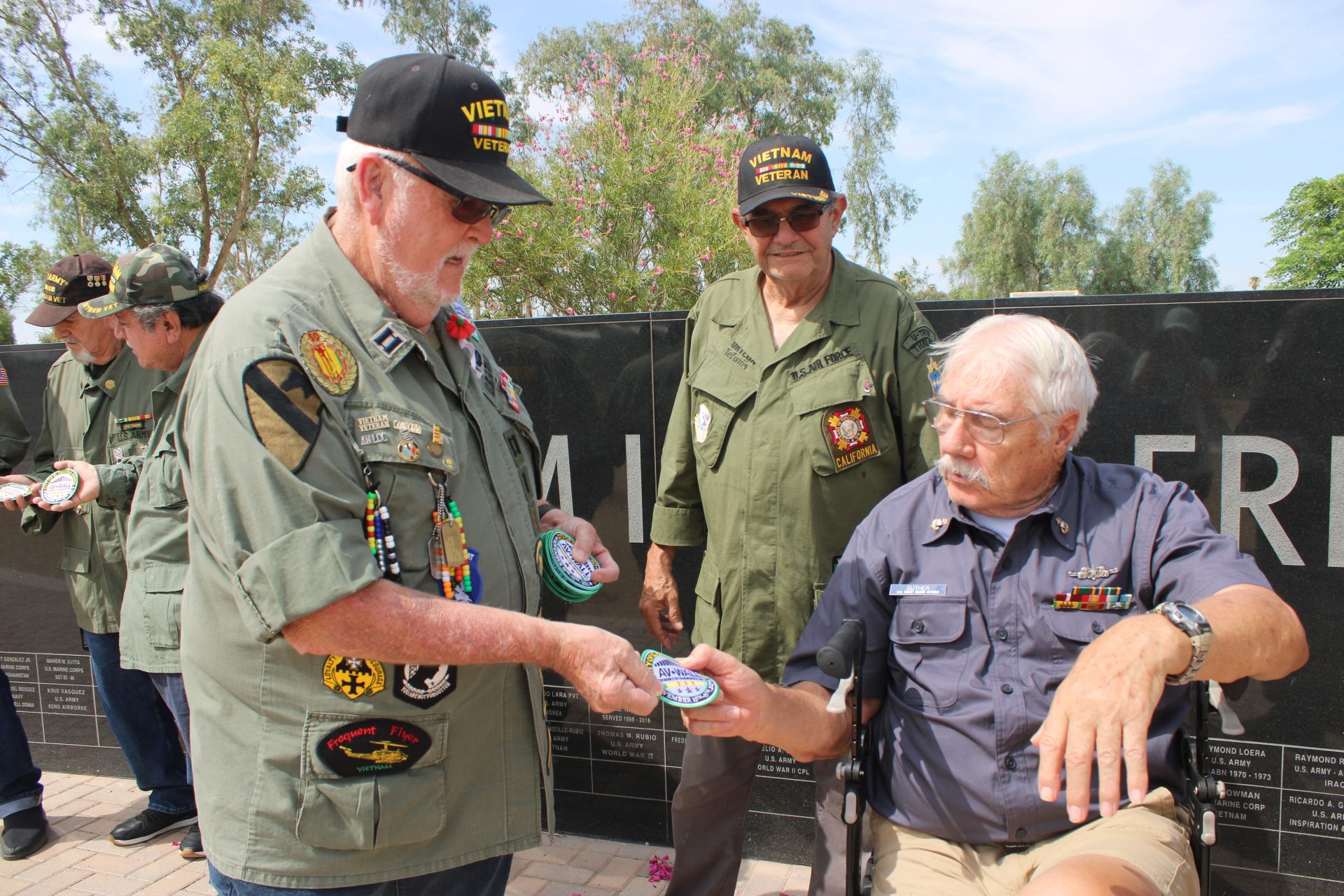 EL CENTRO — A visit to the Vietnam Memorial Wall in Washington, D.C., evokes many emotions.

Settled in a section of the National Mall near the Lincoln Memorial, a short distance from a busy Constitution Avenue, the wall is an uncommonly quiet place. Visitors privately, or in groups, ponder the thousands of individual names. They carry personal meaning for most visitors. Some leave memorials of their own.

This November, emotions, memories, and tributes will be on display in El Centro’s Bucklin Park when a smaller, traveling version of the wall displays those same names. The visit of the Mobile Vietnam Memorial Wall is the result of several years of hard work and planning by Imperial Valley’s Veterans of Foreign Wars Post 9305 with assistance from several other organizations.

The Mobile Vietnam Memorial Wall is being brought to the Valley by Point Man Antelope Valley, a nonprofit faith-based veterans’ organization. The wall they are providing is a half-size tribute monument of the Washington, D.C., memorial, but anyone who has ever visited this smaller wall can attest to the fact it evokes the same emotions.

Local major sponsors of the event, in addition to the VFW Post 9305, are the city of El Centro, the Imperial Valley Breakfast Rotary Club and AT&T.

Tom Henderson is coordinating the project on behalf of the VFW post. Henderson, a Vietnam veteran, is seeking assistance during the visit from Vietnam veterans as well as others who have an interest in assisting.

The wall’s visit will be a week-long effort that begins Nov. 8 with volunteers prepping the Bucklin Park site. A 24/7 guard at the site also will be established that evening, which will run through Nov. 15 when the wall departs.

Site preparation will continue Nov. 9, and that evening organizers will be training the many volunteers for various events. The wall itself arrives in El Centro on Nov. 10 and will be paraded past El Centro schools.

Ceremonies, including those honoring Gold Star families, are scheduled at 11 a.m. when the wall assembly begins. Volunteer “Battle Brothers and Sisters,” veterans who served with or otherwise knew people who are on the wall, will be installing wall panels with those names. All wall panels will be individually installed by veteran volunteers.

Henderson said he expects it will take three to four hours to install all of the panels. The official ceremonies will begin at 6 p.m. on Nov. 10 with remembrance ceremonies by the VFW.

“We scheduled it for that time so no one will need to miss work,” Henderson said. The ceremony will include a call-out of the 31 Valley residents whose names are on the wall.

Henderson said the effort has been a three-year project that was postponed a year due to the COVID-19 pandemic. He was especially appreciative of work by former El Centro City Council member Jason Jackson, El Centro Community Services Director Adriana Nava and her entire staff.

“I especially want to recognize the role Jason played in getting the city to support the Wall project,” Henderson said. “His personal contacts have been significant.”

Meanwhile, Henderson still needs volunteers. He has a spreadsheet that identifies 136 individual jobs that must be filled to make the visit a success. Jobs include base builders, setup assistance, computer operators who generate information on panel locations, greeters, and wall walkers who help people find names.

He also is seeking people to assist with overnight honor guard duty.

Prospective volunteers may contact Henderson by emailing him at the VFW: vfw9305@gmail.com.

See the Memorial Wall in Action