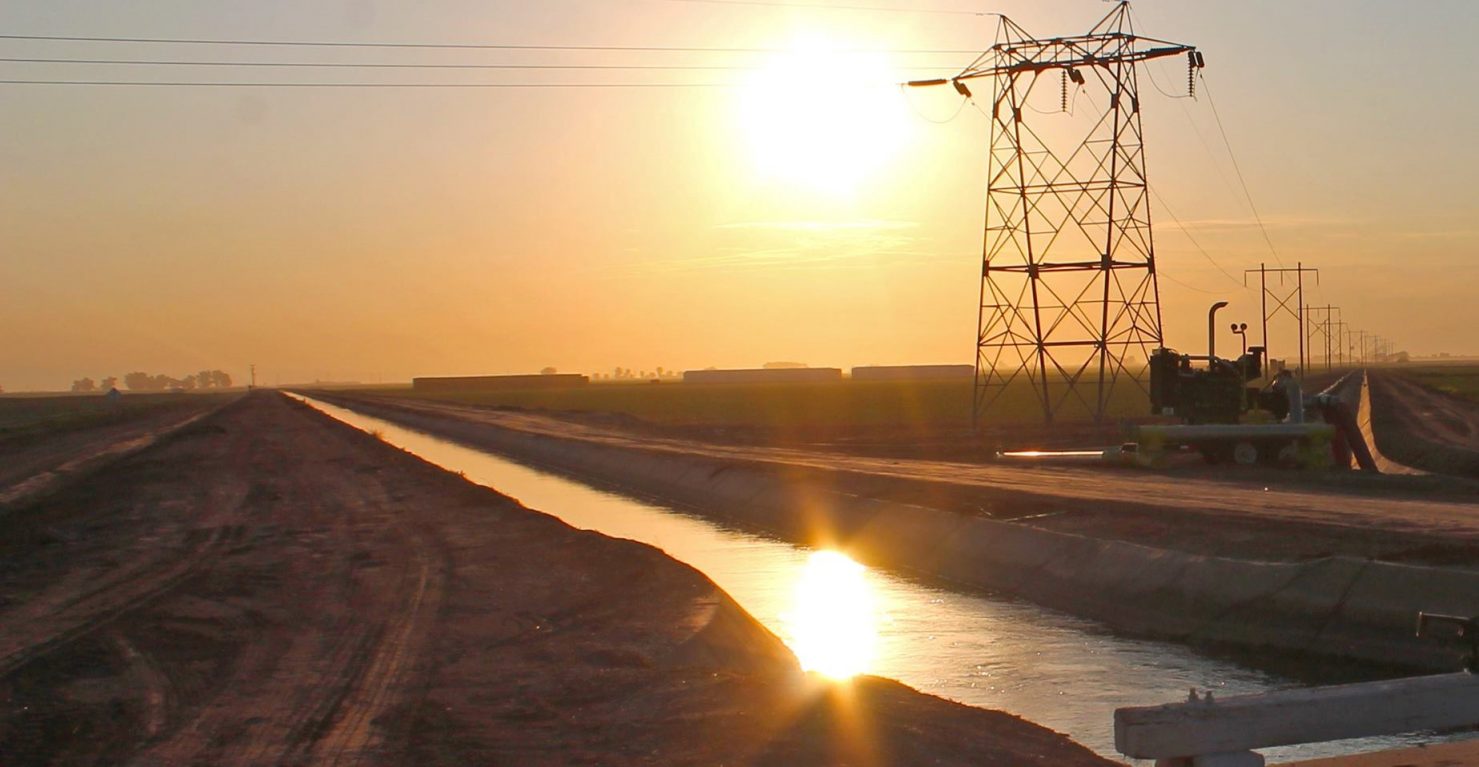 Imperial Irrigation District power lines run over part of its canal system as the district provides both water and power to Imperial County. | PHOTO COURTESY OF IMPERIAL IRRIGATION DISTRICT
In Regional News

Rising ECA Could Have Been Worse, IID Officials Say

Starting in August and continuing into September, keeping the lights on and the air conditioner running for residents in the Imperial Irrigation District’s service area has gotten more expensive.

However, it isn’t as expensive as it could have been.

Although the base power rate remains unchanged for the district’s service area, which includes all Imperial County and a portion of Coachella Valley, the district board voted 5-0 to increase the energy-cost adjustment (ECA) factor of customers’ energy bill to counter substantially higher costs to the utility during the summer months. The rate went into effect on August’s bills.

The overall energy-cost adjustment rate will increase to $0.027 cents per kilowatt hour, about a 16 percent increase on the average customer’s bill for August.

The ECA is calculated monthly, both increasing and decreasing from time to time, to account for the fluctuations in market prices resulting in a higher monthly ECA rate.

The IID Board of Directors voted unanimously on Tuesday, Aug. 17 to keep the ECA at $0.027 per kilowatt hour for September and review the rate each month through at least the end of the year.

The decision bucks IID policy that would have had the ECA factor set at more than 5 cents per kilowatt hour for both August and September.

“To kind of not hit consumers in their pocket too hard in these high consumption months, what the board did last month was say, ‘let’s stabilize the ECA and set it at $0.027, which is half of what it should have been when it was floating,’” Valenzuela said. “So going forward, unfortunately I’m up here with not much better news.

“Right now, with the costs coming in for July, it’s showing that the ECA rate should be $0.0515 for September, which, remember, is paying for August’s consumption,” she added.

However, to stabilize costs to customers, the board voted to nearly half the ECA before potentially raising it in October through March to over previous power purchases

When the board approved its 2021 budget in November 2020, staff had projected spending about $207 million on purchased power and fuel costs, she said. That number has ballooned to $283 million under current projections to cover what is needed during the summer.

“The ECA is set to recoup any volatility in the market,” she said. “So, you’re going from a $207 million budget up to a projected $283 million. … What this is estimating is there could be an under recovery of $28 (million) to $36 million by year end. So, we knew at that point that the energy cost adjustment factor did need to be adjusted for these market conditions.”

Two major factors have been driving up the cost of power, IID General Manager Henry Martinez said. There have been major changes from the California Independent System Operators, and the energy market is especially high. The energy market being high could be contributed to coal plants retiring, as well as the upcoming nuclear plant retirement.

The IID is subject to the market, he said.

There was much discussion about what to do with the ECA, with a suggestion from Director Alex Cardenas to hold off on setting the ECA to $0.027 cents until a full accountability of rate stabilization funds was looked into. However, board President Jim Hanks cautioned Cardenas that if the rate was not set at a certain level, then it would automatically change to more than 5 cents per kilowatt hour.

Hanks suggested setting the rate for September and resetting it each month but stopping at the end of the year.

“We should not extend this beyond Dec. 31,” he said. “Whatever is under collected at that time, we draw from that rate stabilization fund.”

Even members of the public were coming up with suggestions on how to save customers money.

Eric Reyes, Brawley resident and a member of the Energy Consumers Advisory Committee, asked the board whether every pool of money had been taken into consideration. He mentioned the millions of dollars the board had overcollected from ratepayers before the floating ECA was introduced a few years ago. He questioned why some of that fund couldn’t be used to help with this unprecedented time.

“It seems like a large jump in the ECA while everyone’s hurting right now,” he said. “What better time to correct what you did wrong with the overcollection?”

Staff presented the rate stabilization fund account, too, which is at about $67 million. However, that money is used as a way to get bond funding, and, as mentioned by the board, the district plans to go out for more bond funding in 2022.

By the end of the discussion, the five board members had come to an agreement to set the ECA at $0.027 per kilowatt hour for September and revisit the issue next month to see where the rate should be set.