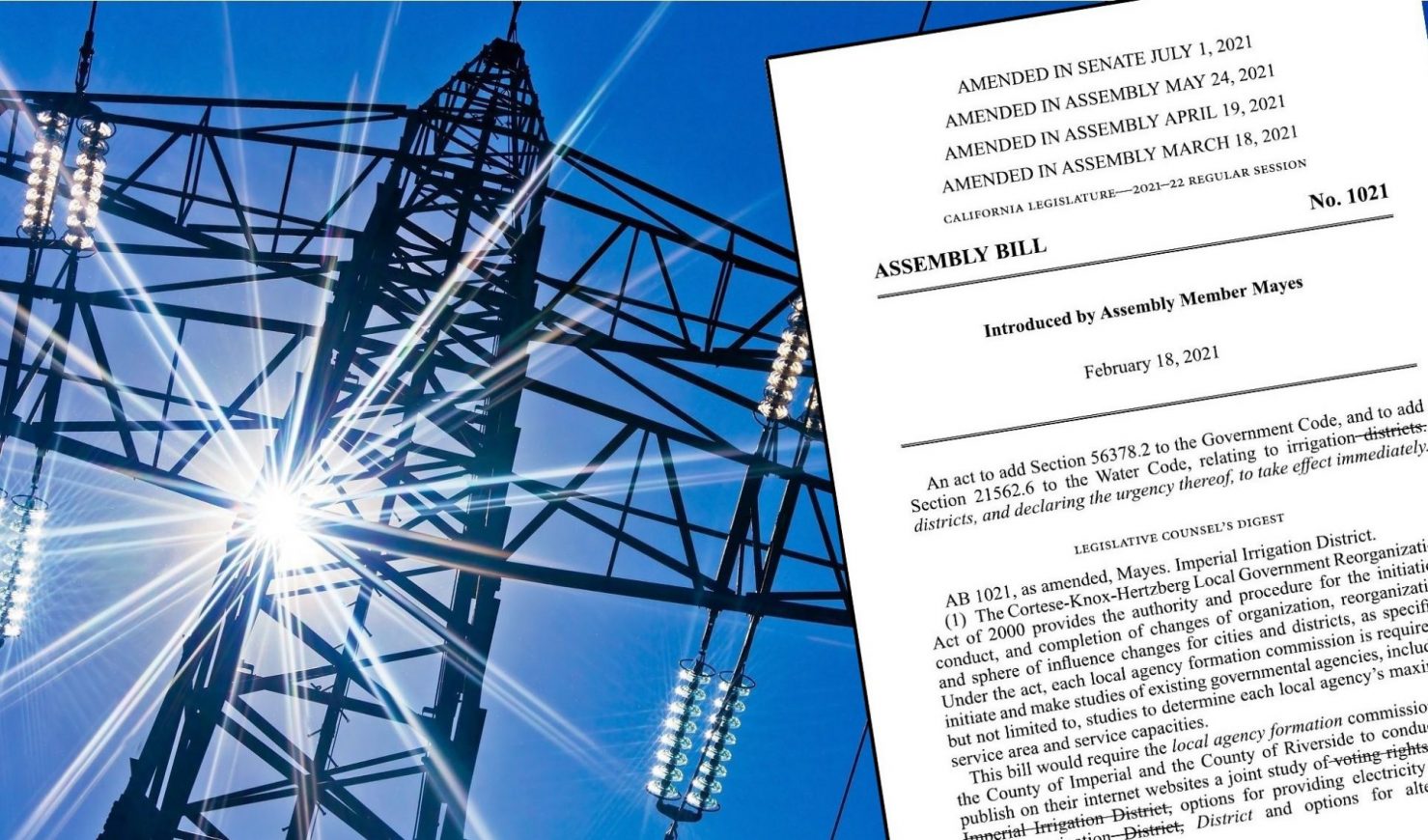 A bill that would have added a non-voting member to the Imperial Irrigation District board is in the process of being changed, according to IID Vice President JB Hamby.

Hamby shared with the public and other board members that he has talked with the offices of both the bill’s author, Assembly member Chad Mayes, I-Rancho Mirage, and Imperial Valley’s representative, Assembly member Eduardo Garcia, D-Coachella, and Mayes has apparently agreed to make amendments to his Assembly Bill 1021.

At the heart of the issue is how the bill could force the district — which provides water and power to virtually all of Imperial County, and electricity to part of the Coachella Valley — to add a seat representing energy ratepayers from a small section of southeastern Riverside County to the IID Board of Directors. IID officials are vehemently opposed to the bill, which they see as the tip of a spear that would allow outside interests to seize control of Imperial Valley’s lifeblood, its water.

The bill will still move forward, but without the intent to add an ex-officio (or non-voting) member to the IID board, Hamby said. It’s been a long and arduous process, but from what he understands, the bill will now mostly encompass $500,000 for a Local Area Formation Commission study of energy future issues in Riverside County.

“We’ve kept to our word on this,” Hamby said. “We expect the same from Assemblyman Mayes.”

Hamby touted the commission as a better way to solve these problems, and a benefit to the Imperial and Coachella valleys.