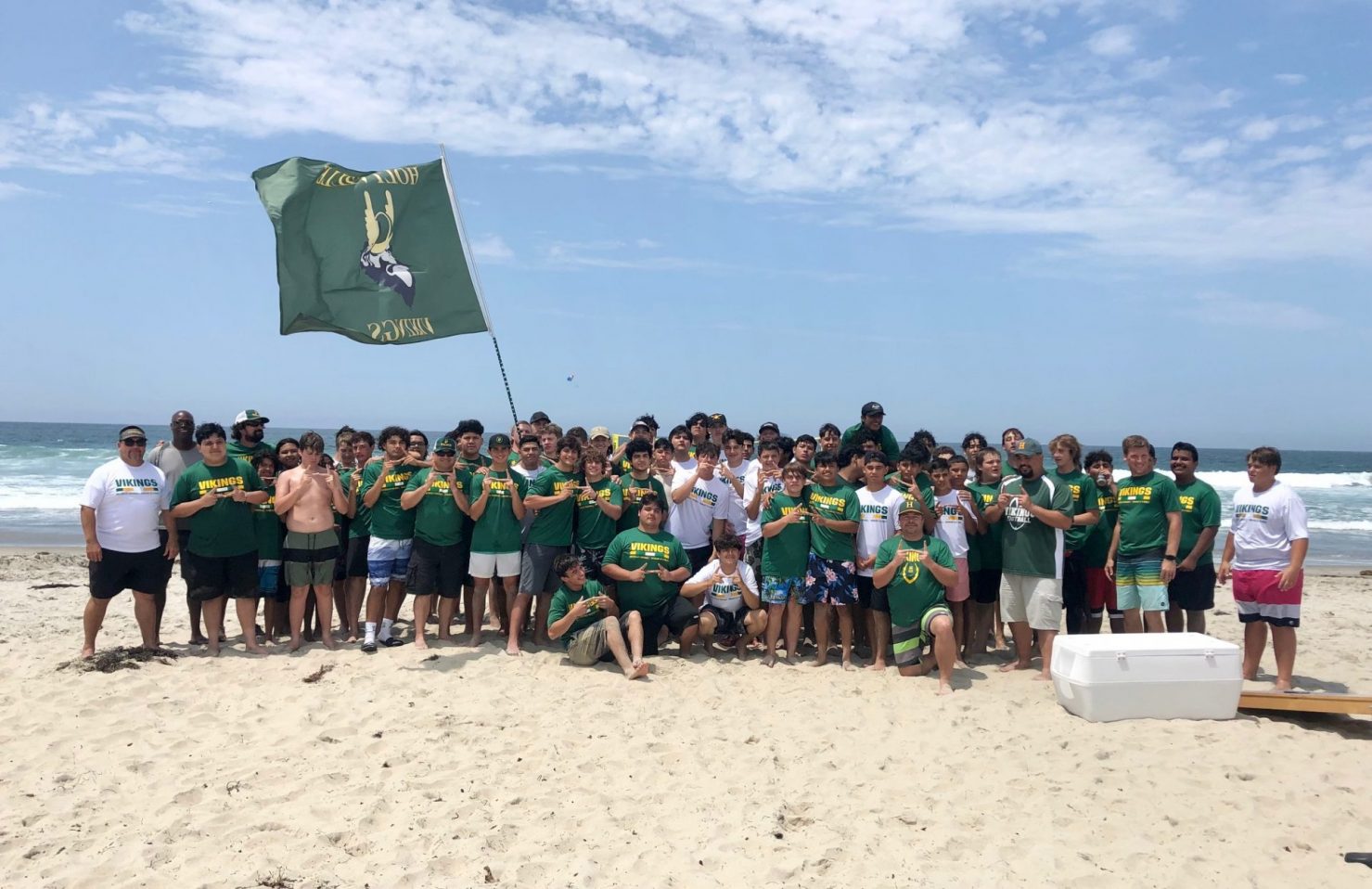 HOLTVILLE — The Holtville High School football team didn’t get a chance to work out the cobwebs prior to opening the 2021 season on Friday, Aug. 20, at Southwest High in El Centro.

The Vikings didn’t participate in the annual carnival that gives teams a chance to scrimmage other teams, and the scrimmage they had scheduled against Kofa High of Yuma was canceled. So when the game starts Friday, it’ll be the first time against a varsity opponent for many of the young Vikings.

“We don’t have a lot of returning varsity players so when we come out and get punched in the face, we’ll see how we react,” said Jason Turner, Holtville High’s fifth-year head coach. “There’s going to be some adversity early, we know that, but we have to weather that adversity and move on to the next play.”

Holtville and Southwest are scheduled to kick off at 7 p.m. Friday, Aug. 20, in El Centro.

The Vikings won the Desert League championship in the COVID-delayed and shortened 2020 season that was played in the spring. However, 18 seniors graduated from that championship team, leaving just a handful of players with experience under the lights.

“We’ve got just enough returners to hold the fort down when things start to go sideways,” Turner said. “Our whole mission this first week is just to play simple, sound football.”

Southwest had a tough season in the spring, going 0-5 overall and 0-3 in Imperial Valley League action.

The Eagles do return starting quarterback Logan Jungers, a sophomore who completed 48 percent of his passes in the spring. Also back for the Eagles is running back Estevan McDonough, who had 34 carries for 160 yards in the spring, and receiver Nate Smith Jr., who had 11 catches for 104 yards and two touchdowns in the short spring season.

“The strength for Southwest is up front,” Turner said. “They’ve got some good size, so we have to figure out what to do to counteract that size.”

The Vikings will line up with senior quarterback Spencer Hilfiker back after not playing his junior season. He was Holtville’s starter in 2019, leading the Vikings to the CIF-San Diego Section semifinals before falling to Mission Bay.

Also in the backfield for Holtville is senior running back Payton Iten, who earned Desert League Offensive Player of the Year honors for his work in the spring. Iten ran for 694 yards and 10 touchdowns in the six-game season.

After two weeks of practice, Turner and his coaching staff elected to have a team-bonding day at Mission Beach in San Diego on Saturday, Aug. 14.

“It had been two hard weeks of practice and we wanted to give the boys a day off and let them have some fun,” Turner said. “It was a chance to get out of the heat for a little while and still get some quality team-bonding time together.”