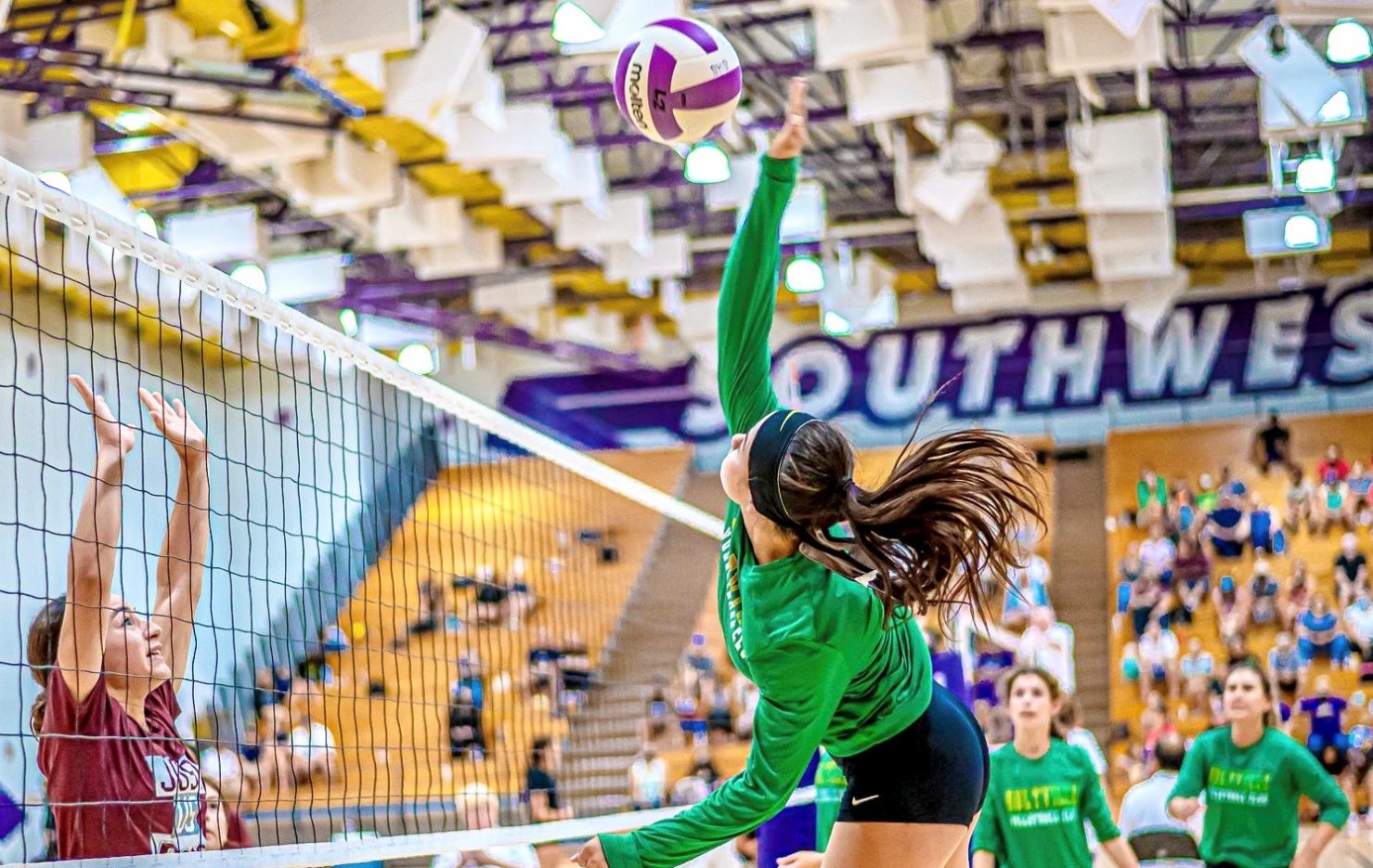 Holtville High School senior Orian Anderson goes up for a hit during a scrimmage against Calexico on Aug. 7 at Southwest High in El Centro. The Vikings resumed practice on Wednesday, Aug. 18, after 10 days of quarantine when multiple members of the program tested positive for COVID. | CAMILO GARCIA JR. PHOTO
Home
Featured Stories
In Featured StoriesSports

VOLLEYBALL: Vikings Back on Court After COVID Pause

HOLTVILLE — The Holtville High School volleyball program was given the green light to begin live practices on Wednesday, Aug. 18, for the varsity and junior varsity teams after quarantining for 10 days after multiple members of the program tested positive for COVID.

The Vikings participated in some volleyball scrimmages at Southwest High in El Centro on Aug. 7 and had multiple members of the program test positive afterward. The players who tested positive were part of the freshman team, so that squad will not be back to live practices until Monday, Aug. 23.

During the quarantine time, head coach Chelsey Strahm has been meeting with the girls daily on Zoom, including 7 a.m. workouts.

“We’ve been doing a daily workout with the girls on all three levels,” said Strahm, now in her fifth year at the helm of the Vikings. “We just want to make sure we can pick up where we left off and get some volleyball-related work in while we have to stay away from practice.”

Holtville was forced to cancel two matches last week, at Calipatria and home against Southwest High of El Centro due to the quarantine. A nonleague home matchup with Palo Verde Valley High of Blythe was scheduled for Thursday, Aug. 19, but has also been canceled.

The Vikings’ first game is now scheduled for Tuesday, Aug. 24, when they host Imperial in a nonleague contest. Game times are 4 p.m. for freshman, 5 p.m. for junior varsity and 6 p.m. for varsity.

Next
Intocable’s Legend is ‘Untouchable’ As Calexico Concert Looms