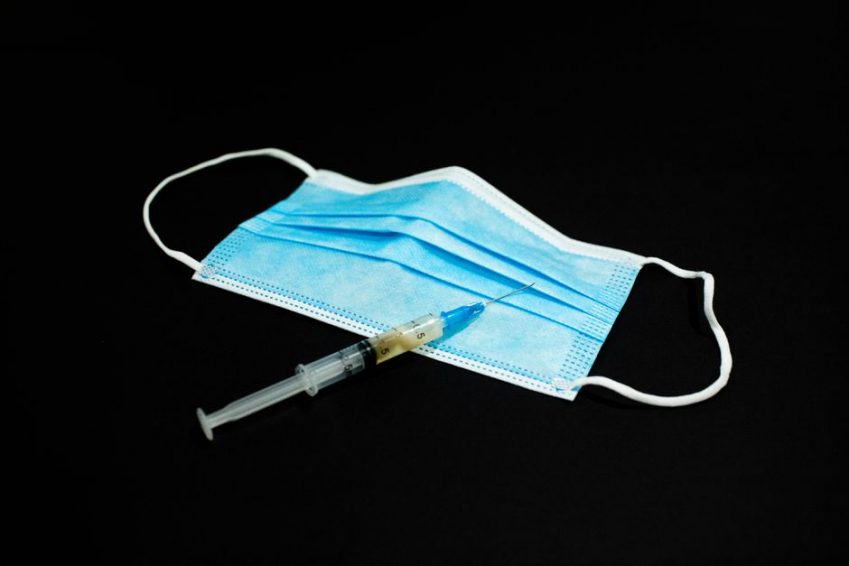 We all have that cousin, neighbor, sibling, or friend who to our surprise remains unvaccinated, and openly disregards the most basic precaution of mask-wearing as an exercise of freedom. Out of concern, perhaps you shared the latest Centers for Disease Control and Prevention study findings, infection statistics, social media explainer, or plead that they consult reputable sources of information. These appeals often end in frustration.

While we may be tempted to approach this as a problem of scientific misinformation, what we are facing is a problem of the politics of identity. By this, we mean that our choices and lifestyles rarely reflect a series of calculated, cost-benefit evaluations informed by research. Instead, anti-vax/masking is an expression of identity.

Consciously or not, people often make important choices by considering: “What would a Christian do?” “What would a father do?” “How would an advocate of social justice respond to this?” “Will my friends judge me if I do this?” “How does a progressive interpret public health regulations?” We understand the basic facts of situations through the lens of identities and social circles. That’s the reason vaccine hesitancy is not randomly distributed across the population but patterned by categories of race and political affiliation.

With this in mind, we offer three reasons why trying to sway an anti-vax/masker with the right “science” is unlikely to work and offer alternatives: (1) this assumes that they don’t understand their own positions to be scientific and overlooks their adherence to “anti-science science.” (2) In some cases, systemic skepticism contains a grain of truth that should be engaged and redirected, rather than dismissed. (3) Portraying their positions as ignorant and unscientific will fuel “anti-elitism” that is unlikely to nudge people toward reputable sources. We’ll discuss each briefly.

First, it is a mistake to assume that most anti-vaxxers are unscientific. While their beliefs wildly depart from the scientific consensus and have little basis in established research, anti-vaxxers/maskers often use the language of science in their opposition to public health recommendations. Anti-vaxxers talk of carbon dioxide buildup in masks, obscure and retracted studies, unverified reports of vaccine side effects, and cite the Harvard credentials of fringe doctors that go against the overwhelming medical consensus. Any scientific study you share will be met with a selective study or expert pointing to the opposite finding. Anti-vaxxers understand their opposition as grounded in reason and science, and distrust bureaucratic institutions (like the CDC). Without addressing the mistrust of established science in the view of anti-vaxers/maskers, scientific studies will seem like fake science.

Second, trust in institutions ranging from healthcare to government is at an all-time low. When people distrust vaccines as part of a general suspicion of institutions, fully dismissing their skepticism is misguided. For example, some may say something like: “the healthcare industry wants people to remain sick, so they invented COVID-19 to sell vaccines to the government.” While this is false, the suspicion that the healthcare industry does not hold their best interests is not misplaced. The United States spends the most on healthcare, yet ranks last among industrial economies in quality of health. This is due to pharmaceutical, insurance, and hospital business strategies that put profits above care, and to powerful lobbyists in government that resist regulations that cut into their bottom lines, even when it could mean expanded, better, and cheaper healthcare. What some may be too quick to believe is a fanciful conspiracy, is just as concerning as corruption and greed. Perhaps most famously, among Black communities, skepticism toward medical treatments is grounded on a history of medical exploitation and racism, as Black patients have been subjected to unethical experiments and gaslighted by doctors who don’t believe their symptoms. In some cases, general skepticism against institutions holds a grain of truth that has to do with systemic injustices, imbalances of power, and corporate corruption. Trying to redirect conspiracy theories to recognizing systemic injustices might help bridge ideological divides.

Third, by portraying anti-vaxxers/masks as ignorant and uneducated, we are fueling a central claim by the conservative right: that elitists and progressives think everyone else is dumb. While this sounds petty, one of the mobilizing messages for conservatives is the perceived smugness of liberal technocrats, cultural progressives, and radical college students. Telling someone they are dumb for believing something is generally a bad strategy of persuasion or empathy. But this is more so with beliefs that are so closely tied to a person’s sense of self, their identity.

What does this all mean for engaging an anti-vaxxer in a discussion? Firstly, it means that you need to understand what part of their identity is doing the work of interpreting vaccines/masks: is it their identity as conservatives, as a parent, as evangelical Christians, but also new-age and anti-colonial identifications can fuel skepticism of western medicine. What part of their identity is threatened by public health recommendations? This, and not the question of scientific ignorance, is the more important starting point in engaging anti-vaxxers/maskers.

GUEST COLUMN: Not So Merry & Bright

It is common to paint progressives as promoters of “identity politics,” but liberals are characterized by a commitment to a multiplicity of identities — intersectional, fluid, and in constant self-examination (note the movements from “Hispanic” to “Chicano” to “Latinx” in efforts to capture intersectional and common experiences of immigration). What is distinctive about the American right is its adherence to a fixed identity politics: white, nationalist, evangelical, patriarchal.

While some may cling to the hope that science can surpass political and ideological divisions, we see less reason for optimism. After decades of cultural agitation by opportunist politicians and evangelicals, science and facts bend to the identity of a reactionary right. What we have is not a problem of scientific misinformation, but of right-wing identity politics that distorts the world to fit its grievances.

Luis and Daniela Flores, siblings from Calexico, are co-founders of Imperial Valley Equity and Justice Coalition. The multigenerational group advocates for community empowerment, social and environmental justice, and health equity. Luis and Daniela can be reached at ivequityjustice@gmail.com

Next
Holtville Board Reverses Mask Decision; Opts to Enforce