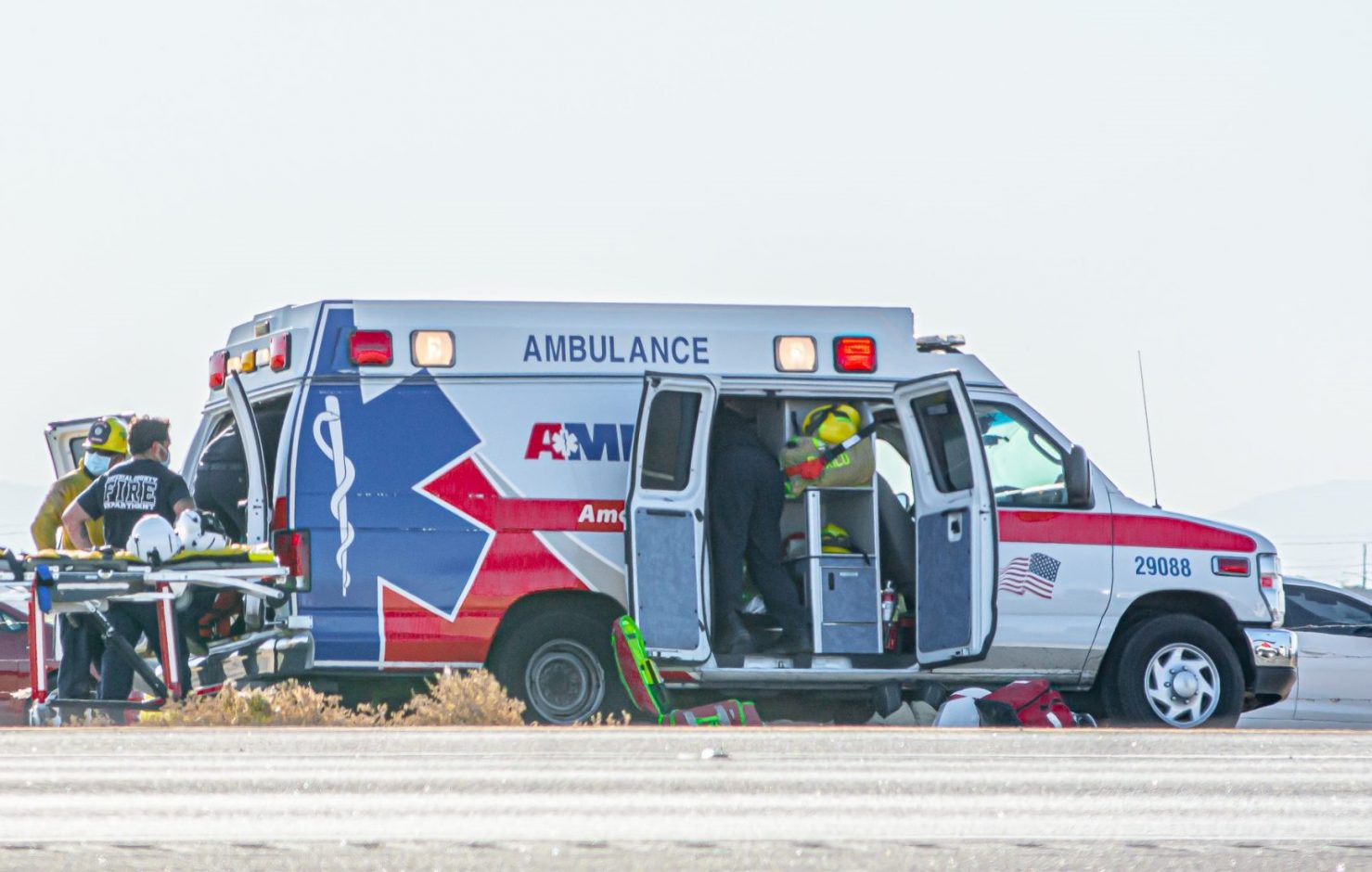 An AMR ambulance responds to the scene on an accident on Highway 111 on Aug. 2. | CAMILO GARCIA JR. PHOTO
In COVID-19Public SafetyRegional News

Peraza was introduced during an Imperial County Board of Supervisors meeting on Tuesday morning, Aug. 24, by Public Health Director Janette Angulo.

“I am on my second day as the new EMS manager and I want to say thank you very much for giving me the opportunity to serve the Imperial County as a whole community,” Peraza said during the county board meeting.

“I spent the last 25 years in the city of Brawley Fire Department. My last portion of that tenure was the fire chief. I retired but I still felt that drive to get back into the EMS community,” he said. “I also spent over 20 years as a paramedic as well. So, I really understand the EMS system.”

Said Angulo: “Public Health Department is really excited about having Chuck on board. There’s a lot of work to do, and with him coming on board and other staff, it can only get better.”

Peraza comes at a time when COVID cases are increasing rapidly, and the local healthcare system is yet to see a likewise surge. The EMS manager, a position formerly held by Chris Herring, helps coordinate patient transfers outside Imperial County, something that happened in great numbers during previous COVID surges. He oversees the ambulance system on behalf of the county.

In addition to stewarding the EMS System, Peraza will also oversee the Medical Health Operational Area Coordinator (MHOAC) Program and Emergency Preparedness and Injury Prevention Programs under the EMS Agency.

A Brawley native, Peraza began his career with Brawley fire in 1994 as a call-paid firefighter before becoming a full-time firefighter in 1996. He worked his way up through the ranks, serving as lieutenant firefighter, fire marshal, and eventually chief from 2012 to 2019, according to Public Health.