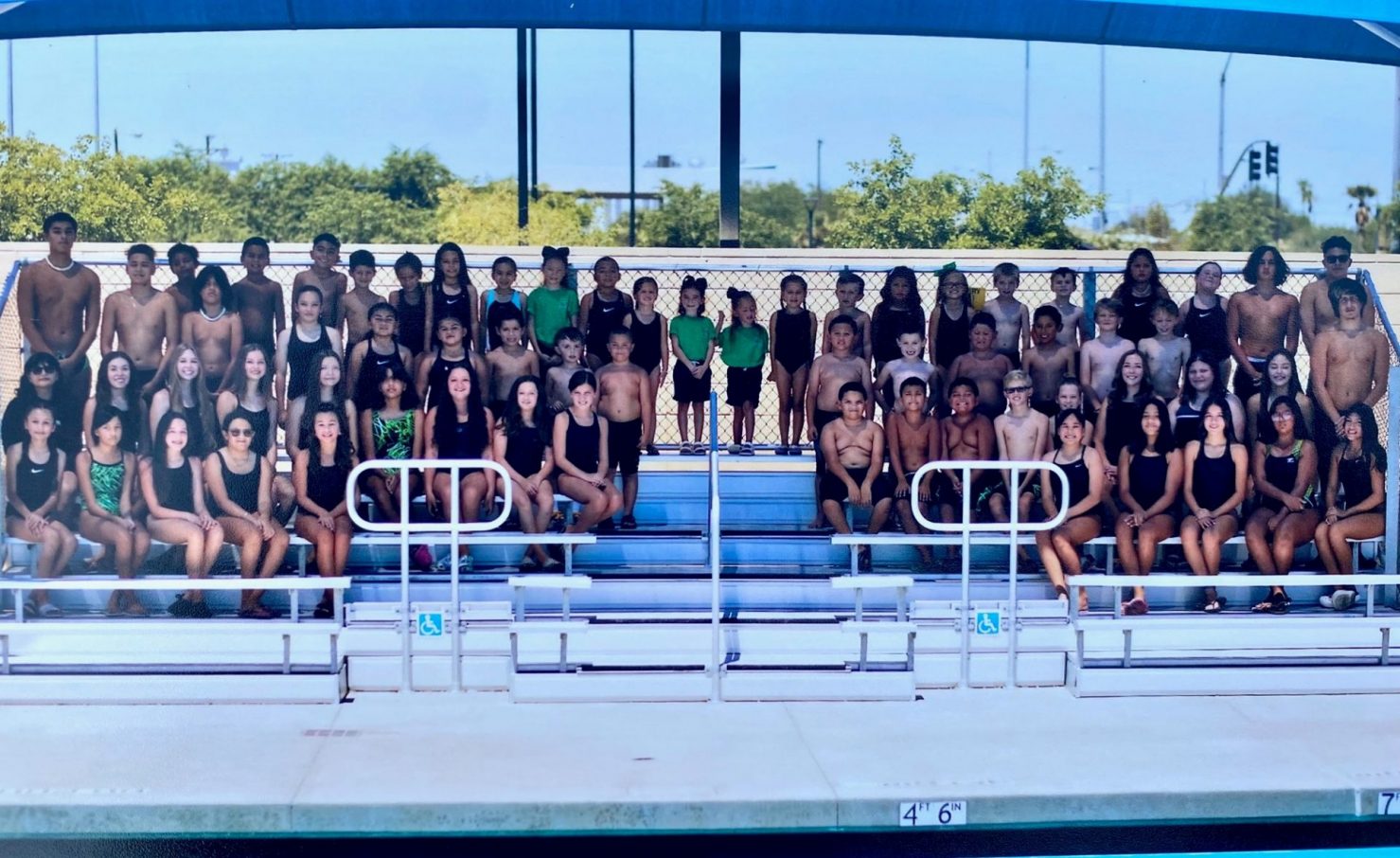 The Holtville Stingrays won the championship of the Imperial Valley Swim League with a dominating performance at the championship meet at the Valley Aquatics Center in Yuma on July 24. | HOLTVILLE STINGRAYS COURTESY PHOTO
Home
Sports
In Sports

HOLTVILLE — There was no shortage of interest in jumping in the swimming pool and joining the Holtville Stingrays swim team this summer.

Holtville coach Heather Duarte, who just completed her fourth season at the helm of the Stingrays, said she had 122 swimmers on her roster with about 60 competing in the Imperial Valley Swim League.

Competing against teams from El Centro, Yuma, Blythe and Imperial, the Holtville squad proved it wasn’t just big in numbers, but also big in talent, winning the league championship and having five swimmers earn all-around championships for their divisions.

“All of these kids put in the work and really showed up and worked hard this summer,” Duarte said. “I was just so proud of all of them and to see all the green caps at the meets and on the starting blocks brings a smile to my face.”

The eight-week summer swim season ran throughout June and July and featured swimmers ranging in age from 4 to 18. Competitions were held in six different age categories with the oldest division comprised of boys and girls ages 15 to 18.

“One of the things I am constantly telling the swimmers is to end as strong as you started,” Duarte said. “And we were able to do that at the championships, sweeping some entire age groups.”

They “High Point,” or all-around, winners from the Stingrays cam from the 9- to 10-year-old boys division  where Hector Mercado was the all-around champion.

In the older division, the Stingrays’ Adisyn Duarte and Luis Colio won the 15- to 18-year-old all-around championships.

Not all swimmers on the Stingrays hail from Holtville as summer swim teams are allowed to have competitors from anywhere. However, coach Heather Duarte said about half of her roster was made up of Holtville swimmers.

“I’m always reminding them that they are representing a town that has so much pride and so much togetherness,” Heather Duarte said. “I have my older swimmers helping coach the younger ones so that creates so much team spirit and pride.”

The Stingrays home pool was at the El Centro Aquatics Center this season while the Holtville city pool is being refurbished. If the reconstruction of the pool is complete, the Stingrays will be back in Holtville for the 2022 summer season.