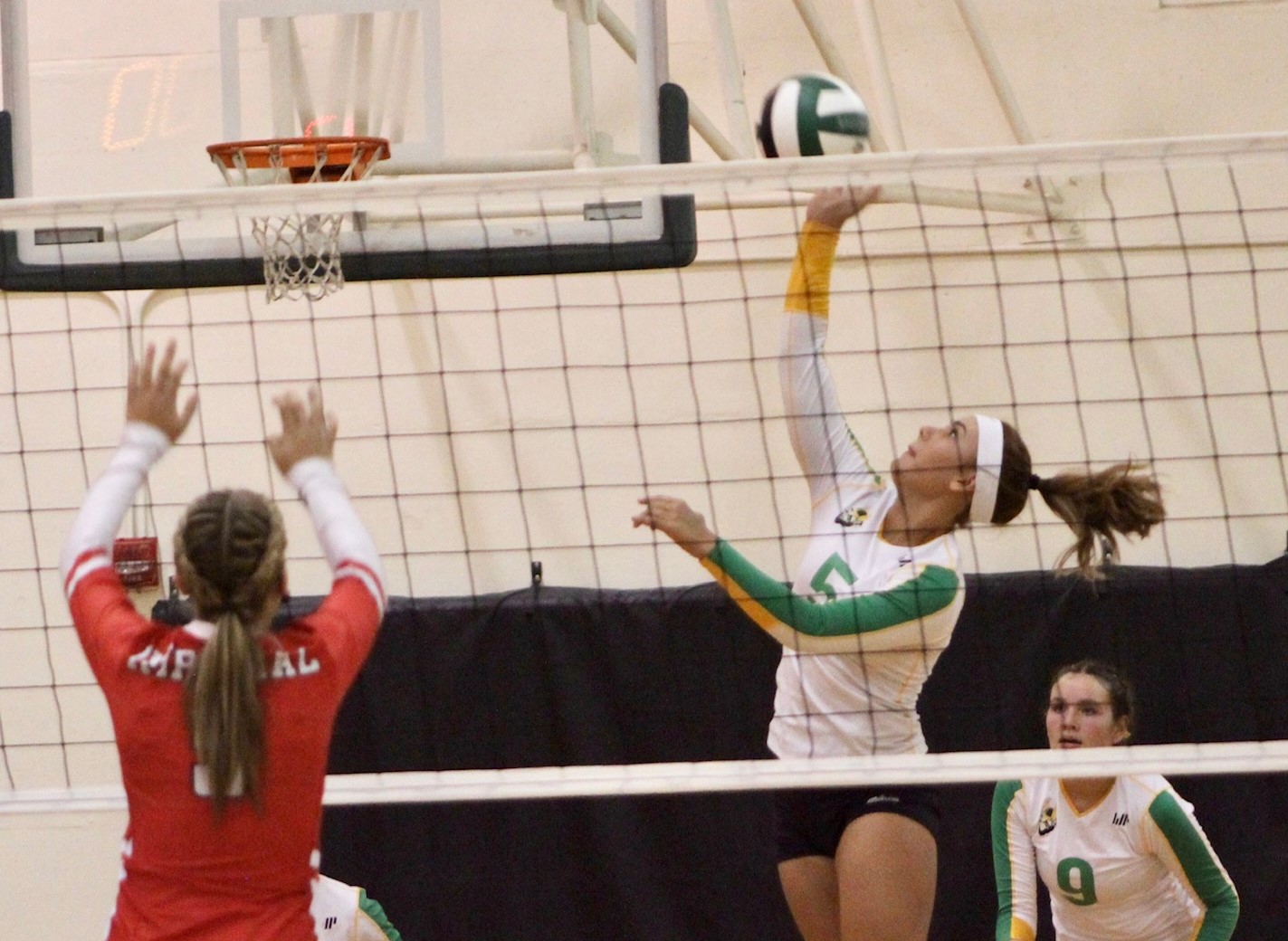 HOLTVILLE — Getting back on the court has been a struggle for the Holtville High School volleyball team, but when the Vikings did get to finally play a game they looked more than ready to go.

The Vikings’ season was put on hold for 10 days due to COVID protocols before returning to practice on Thursday, Aug. 19. Then on Monday, Aug. 23, Holtville’s varsity team found out it would be without head coach Chelsey Strahm for a majority of the season.

Strahm, who is pregnant with her fourth child due in October, has been put on bed rest by her doctor through the remainder of her pregnancy.

“We’ve had three practices since Aug. 6,” said Mariana Garewal, the Vikings’ assistant varsity coach. “Trying to tweak the lineup to everyone’s strength in the middle of the first game was difficult.”

The Vikings, defending CIF-San Diego Section Division IV champions, didn’t look rusty in the first set, winning 25-15 over the Tigers (4-7 overall), who might have been road weary from a weekend tournament in Las Vegas where they played nine matches.

Holtville’s rust started to show in the second set on Tuesday, falling behind 23-16 before rallying to tie the game at 23-23 before falling 25-23.

“Given the fact we only had three practices we were able to percivere and come back to win the last two,” Garewal said. “One thing that has never been in question is this team’s relentlessness and ability to battle.”

Sophomore Jasmine Garewal led the charge for Holtville with 18 kills and six blocks. Junior Kamryn Walker had seven service aces and five kills while senior Orian Anderson had six digs in the back row.

The Vikings are back on the court on Thursday, Aug. 26, when they travel to take on Central Union High in El Centro at 6 p.m. They will travel to take part in the Sweetwater Invitational tournament on Sept. 3 and 4.