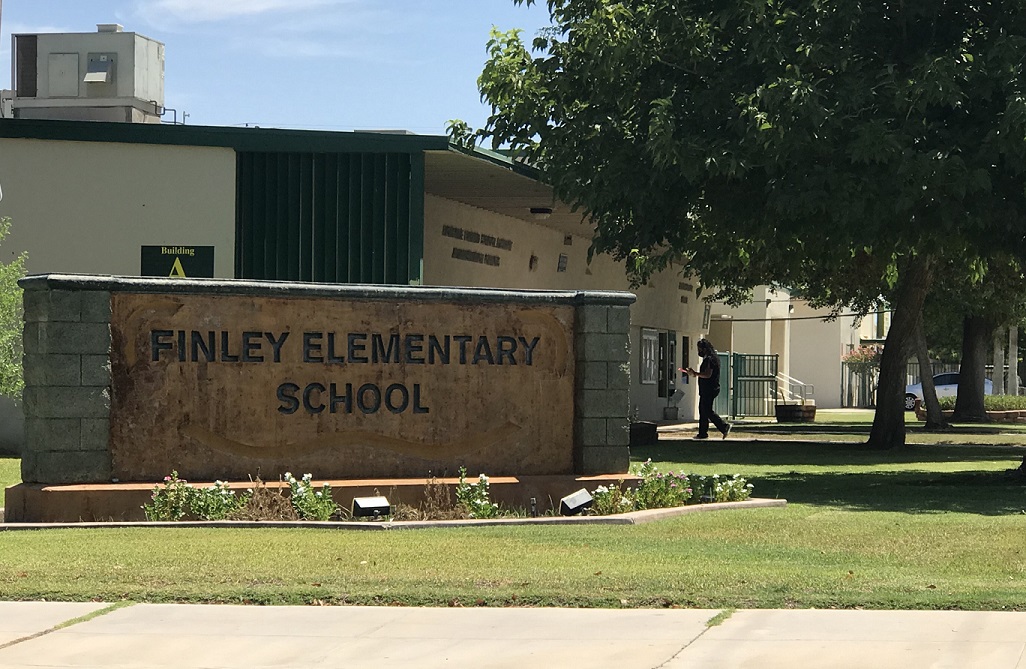 HOLTVILLE — A report of a man “waving a knife around” while walking on Fifth Street near Chestnut Avenue prompted the temporary shutdown of nearby Finley Elementary School about 9:35 a.m. Tuesday, Aug. 24.

Though the unidentified man was about a block from Finley, county Sheriff’s Office deputies immediately advised school officials to lock all entry and exit points until the subject could be isolated from any potential harm to children, staff, or visitors of the school, Chief Deputy Robert Benavidez stated in an email on Wednesday, Aug. 25.

The man continued walking west on Fifth Street and eventually dropped the knife. After a short foot pursuit, non-lethal tactics were deployed to gain compliance and subsequently restrain and detain the man in the area of Holt Avenue and Fifth Street, Benavidez said.

The incident had also prompted Finley Principal Lupita Perez to send a letter to the campus community on Tuesday to express gratitude to campus officials for properly implementing “lockdown” procedures after the Sheriff’s Office notified the school of the incident.

“The staff and students remained calm and followed procedures as written in the school’s safety plan,” Perez’s letter stated. “It is important to note that our Finley students did an outstanding job of waiting patiently and following procedures as directed by the administration.”

Next
The Alternative to Campus Instruction? Independent Study