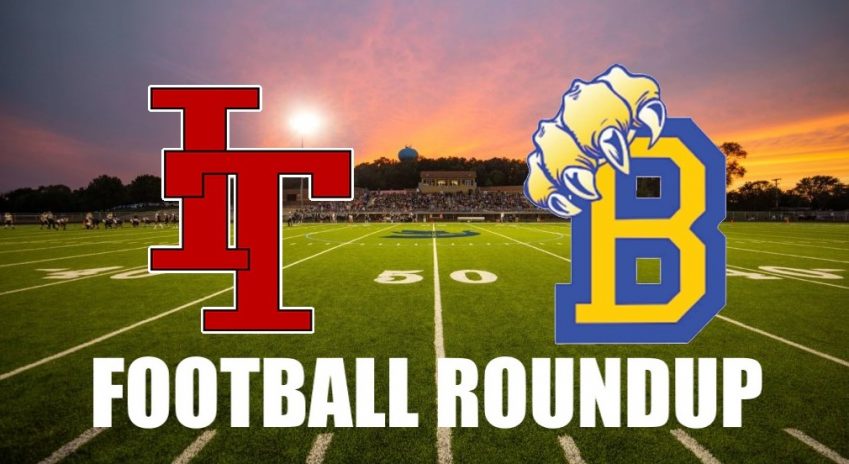 The Tigers (0-1 overall) jumped on the scoreboard in the first quarter when Seth Shaw scored on a five-yard touchdown run after Diego Valencia recovered a fumble at West Hills’ 19-yard line.

West Hills scored early in the third quarter on a 65-yard rushing touchdown to tie the score and took the lead with nine minutes left in the game on an interception return for a touchdown. West Hills added its final score with less than a minute left in the game to make the final 21-7.

Imperial next hosts Cibola of Yuma for a 7 p.m. kickoff on Friday, Sept. 3, at Shimamoto-Simpson Stadium in Imperial.

SAN DIEGO – Central Union High got its first win of the young season with a 37-27 victory over Point Loma High in San Diego on Friday, Aug. 27.

The Spartans (1-1 overall) trailed early to the Pointers, but rallied with a big second half to get the victory.

Central travels to Palm Desert for a 7 p.m. kickoff on Friday, Sept. 3, in another nonleague contest.

VALLEY CENTER – For the second week in a row, a trip to the San Diego area netted a loss for Brawley Union High as the Wildcats fell 17-6 here to Valley Center High.

The Wildcats trailed 3-0 at the half and 10-0 at the end of the third quarter before both team put up touchdowns in the fourth quarter.

The Wildcats continue their road trip with a third straight game out of the Imperial County when they travel to take on Indio for a 7 p.m. kickoff on Thursday, Sept. 2.

CALIPATRIA – Calipatria High School had it’s season-opening home game canceled due to COVID-protocols as the Hornets were scheduled to host Desert Mirage High of Thermal on Friday, Aug. 27.

The Hornets, who have yet to play a game this season after opting out of the COVID-shortened spring season, haven’t played a football game in almost two years.

Calipatria is now scheduled to open its season at home on Friday, Sept. 3, when it hosts Calexico High School, 60-6, winners over Castle Park of Chula Vista on Friday, Aug. 27, in Calexico.