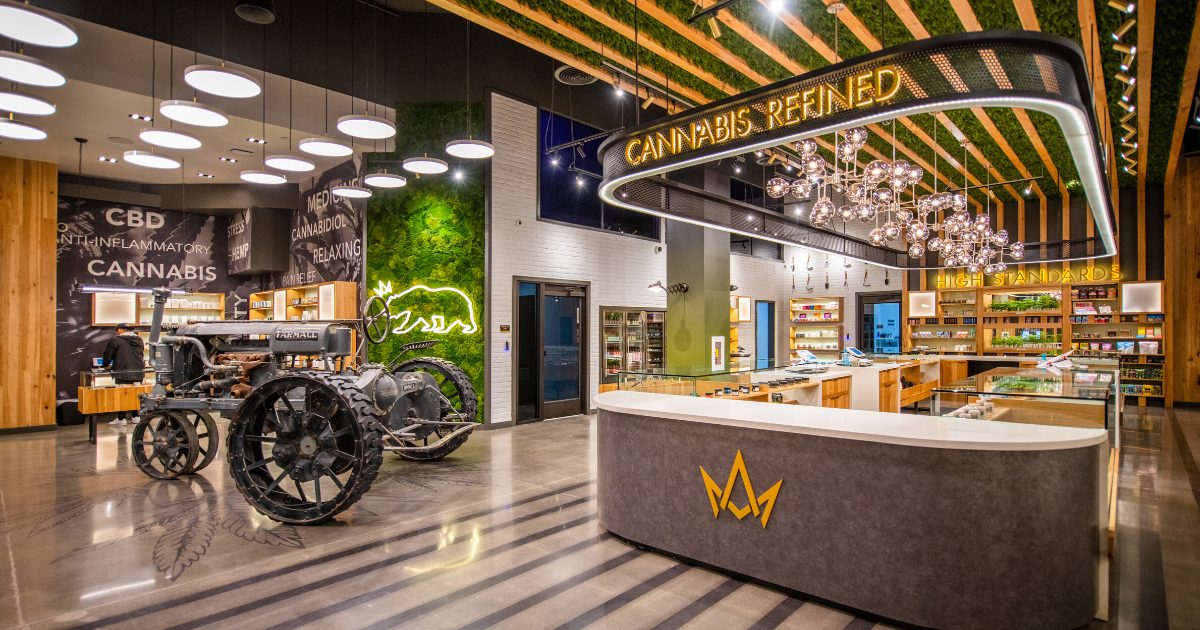 The interior of March and Ash’s Imperial retail location at 2433 Marshall Ave. is shown. The company plans to open its first cultivation center in a vacant suite in the same complex and gained approval from the Imperial Planning Commission on Wednesday, Aug. 25. | COURTESY PHOTO
Home
Business
In BusinessRegional News

IMPERIAL — March and Ash, the city’s only retail cannabis dispensary, has been given approval to cultivate adult-use and medicinal cannabis in a vacant suite within the same building as the store on Marshall Avenue.

The Imperial Planning Commission voted to amend the company’s conditional-use permit during its meeting on Wednesday, Aug. 25, clearing for March and Ash’s first cultivation center.

The company maintains retails operations in Imperial, Vista and two sites in San Diego, one in City Heights and one in Mission Valley.

“We love putting down more roots in this community,” said Spencer Andrews, March and Ash’s public affairs director, when he went before the commission on Aug. 25. “As we grow our retail footprint, we will be up to seven shops by early 2022 in Imperial and San Diego County.

No timeline was to open the center was discussed, but March and Ash has one year from the amendment of the permit to open, according to city officials. Andrews could not be reached for additional comment by publication.

The cultivation center will be in a vacant 7,721-square-foot suite in the same complex as the dispensary at 2433 Marshall Ave. The space is attached to the rear of the existing retail suite.

Opening of the cultivation center will bring 10 to 12 new jobs to Imperial, including a head cultivator, two managers, two full-time employees, and up to five part-time employees to be utilized during harvesting, Andrews said.

“Since the City Council’s award of the sole cannabis permit to March and Ash in September of 2018, the group continues to work with the city to address concerns and meet all milestones associated with the project,” Alexis Brown, assistant Imperial city manager, stated in an email to this newspaper on Friday, Aug. 27.

“Like any business within our community, we are excited for their success and celebrate their growth (no pun intended) into new markets. We look forward to their continued success,” she added.

The center is said to include 2,688 square feet of “canopy space,” a term the city uses to describe spaces where cannabis is growing, which includes three “flower rooms,” which are rooms where cannabis plants in varying stages of flowering are kept, and one “mothers’ room,” which will house the plants that are used for reproduction.

The remaining 5,033 square feet will be dedicated to the other rooms necessary for the cultivation process, like a climate-controlled drying room, where the cannabis plants are placed to dry after harvesting.

(See March and Ash’s Blueprints for the Cultivation Center)Download

There also plans for a room for “fertigation,” which is defined as the application of fertilizer with irrigation water, to house any chemicals needed for the cultivation process, as well as a secure check-in area and a storage room, and March and Ash will be replacing the glass doors at the north end of the building with steal reinforced doors.

These modifications to the space will assure that all of the cultivation center’s activities will remain inside the building, including the storage of any waste produced, which will be hauled away by a company certified to remove cannabis waste, according to the company.

“No cannabis products or equipment used for the cultivation of cannabis will be outside,” Andrews assured the commission.

Limiting the operations to indoors was just one of the facets within a very thorough line of questioning for both Andrews and city staff. Commission members questions included a range of topics from operations, what security will look like, and even what the city’s original intentions were when they decided to allow a dispensary to open.

Brown was able to clarify to the commission that the city had always been open to the idea of a cultivation center, referring back to the ordinance that was written in response to the legalization of cannabis.

“Seven uses were identified in that ordinance, cultivation was one of them,” Brown explained.

Twenty-four-hour fixed-camera video surveillance is also required, as it is with their retail store, that grants the Police Department or other city-authorized department to have 24-hour remote access to the surveillance system, documents state.

While the motion did pass, not all of the Planning Commission was moved to vote.

Commissioner Alice Abatti chose to abstain, explaining why in an emailed statement through Brown on Aug. 27.

“Although I am pro-business, my moral foundation does not support the cannabis business model. As the proverbial ‘horse has already left the barn’ and the CUP modification permits March and Ash to grow cannabis, which currently it either purchases from third parties or from its other facilities, a ‘NO’ vote would not have changed the landscape,” Abatti wrote.