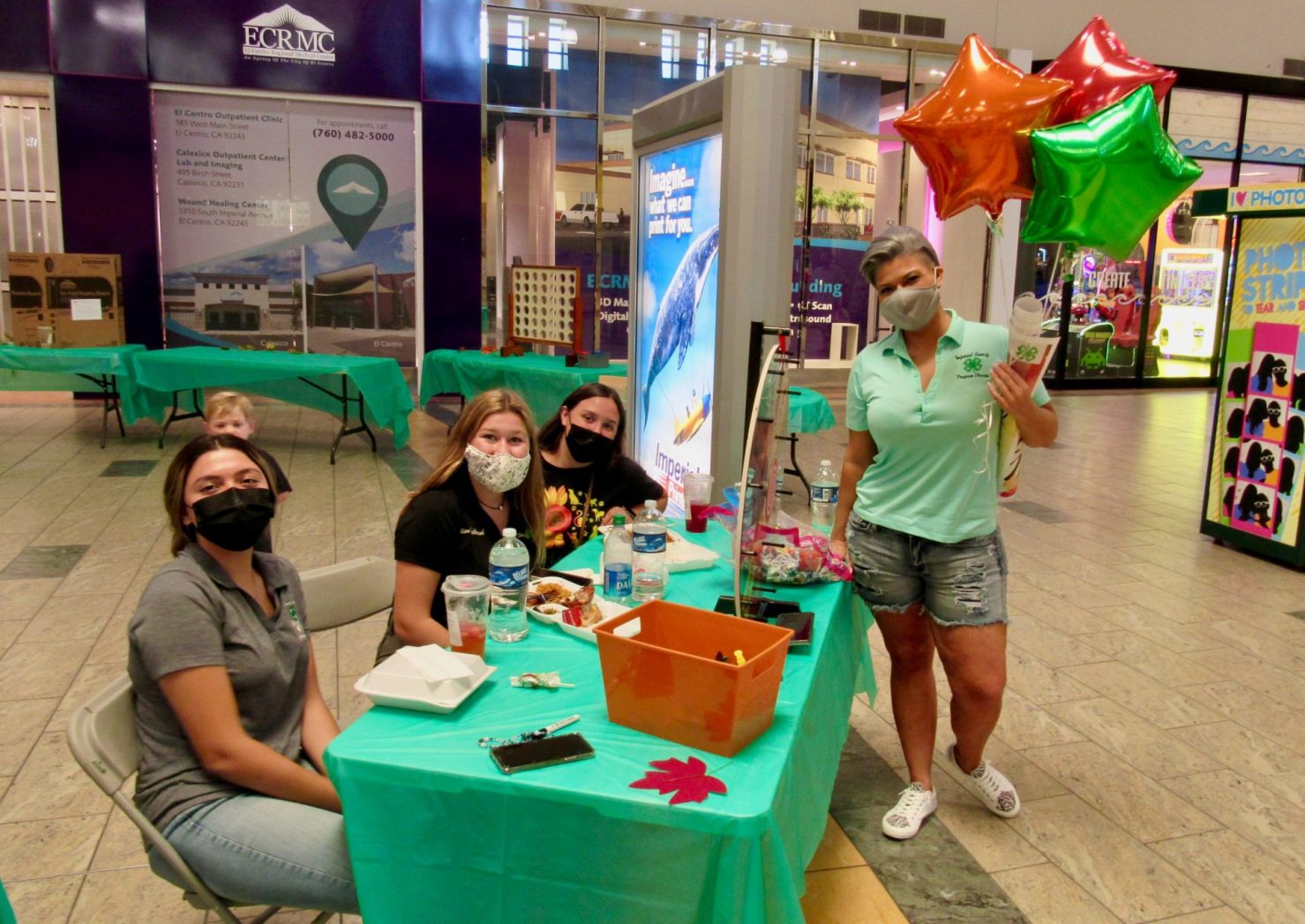 “I am really excited, actually,” Martinez said during the event. “So, this is our rebuilding year because of COVID. We took a big hit, just like most nonprofits and most clubs, and so this year we are excited to have opportunity and the potential to do some outreach and have our members come back.”

Martinez was not the only person excited to be back.

“I am excited, honestly, because last year we didn’t get much of a year,” said 16-year-old Central Union High School junior Gianna Cox.

Gianna is an Imperial County 4-H Ambassador this year, a program which encourages leadership within youths by having them perform public outreach. She expressed that last year was challenging because of how much they weren’t able to do, but she remained upbeat.

“Hopefully, this year, fingers crossed, we get to go back (to in-person meetings),” Gianna added. “I think this is a good year.”

Staff and 4-H Club members are not the only ones excited about the upcoming year; grandparents are as well.

“I have a longstanding investment in 4-H,” Zale said, with a laugh, as he talked about how 4-H has affected his children, and now his granddaughter, 8-year-old Meghan Hindman.

“It’s a good organization and provides kids with an opportunity to learn things that they might not otherwise be exposed to, like raising livestock and some of the other they get to do,” Zale said.

While Kari Smelser, Brawley-area Magnolia 4-H Club’s community leader, also expressed excitement about the upcoming year, she also shared some of the challenges her club is facing.

“Our biggest challenge is going to be membership,” she said, explaining that membership in her club was cut in half.

Smelser continued to explain her fears, discussing what she believes is holding some parents back.

“Because there has been the fluctuation of people working and not working, and we do have an enrollment fee, so that might be a determent for some people,” she said. “But 4-H does offer some scholarships, and fee waivers and things like that.”

Smelser also said that while the deadline for membership applications for the county is at the beginning of November, each individual club has its own cutoff date, Magnolia 4-H Club’s being Oct. 15. She explained that the clubs need that extra time to make sure that the paperwork for the county is ready, so most set their cutoff date sometime in October.

Addison Holbrook, a 16-year-old junior from Imperial High School, was undaunted by the challenges the upcoming year will pose.

“I am really excited. It’s a little bit more work, it’s a lot more set up than if we were on Zoom, but I am excited to be back,” she said.

Addison is in her second year of the 4-H Ambassador program, becoming a State Ambassador and is now doing community engagement outside of the county. She said she thinks the upcoming year will not be as hard as last year.

“I think it is a little easier to get people excited and involved if you have actual interaction,” Addison said. “Last year we did a lot of Facebook Live, and it was really good, but it was hard to interact with people and get them excited about 4-H.”

As one of the largest youth development groups in the nation, the 4-H Youth Development Program works to creates opportunities for children to gain life skills and become engaged in their local communities by creating fun, hands-on learning and non-formal education, and its effects can be seen working not only in its members, but in the effect the members have on the people around them.

Emily Blackhall, a classmate and friend of Gianna’s, assisted Gianna in running a table where children could spin a wheel and win a prize. The 16-year-old CUHS junior shared why, despite not being a member of any clubs, she still decided to come and volunteer her time on Saturday.

Youths can join 4-H as young as 5 years old or if they are in kindergarten as of Jan. 1 of the program year, and they can stay in the club until Dec. 31 of the year they turn 19 years old.

There is a $58 enrollment fee, and Smelser recommended reaching out to your local club for information on cutoff dates, eligibility requirements, and financial assistance. She added each club will have all the information you will need and can guide you through the process.

For more information on the different clubs, you can go to http://ceimperial.ucanr.edu/4h/enrollment/ and find out schedules, locations, and contact information.