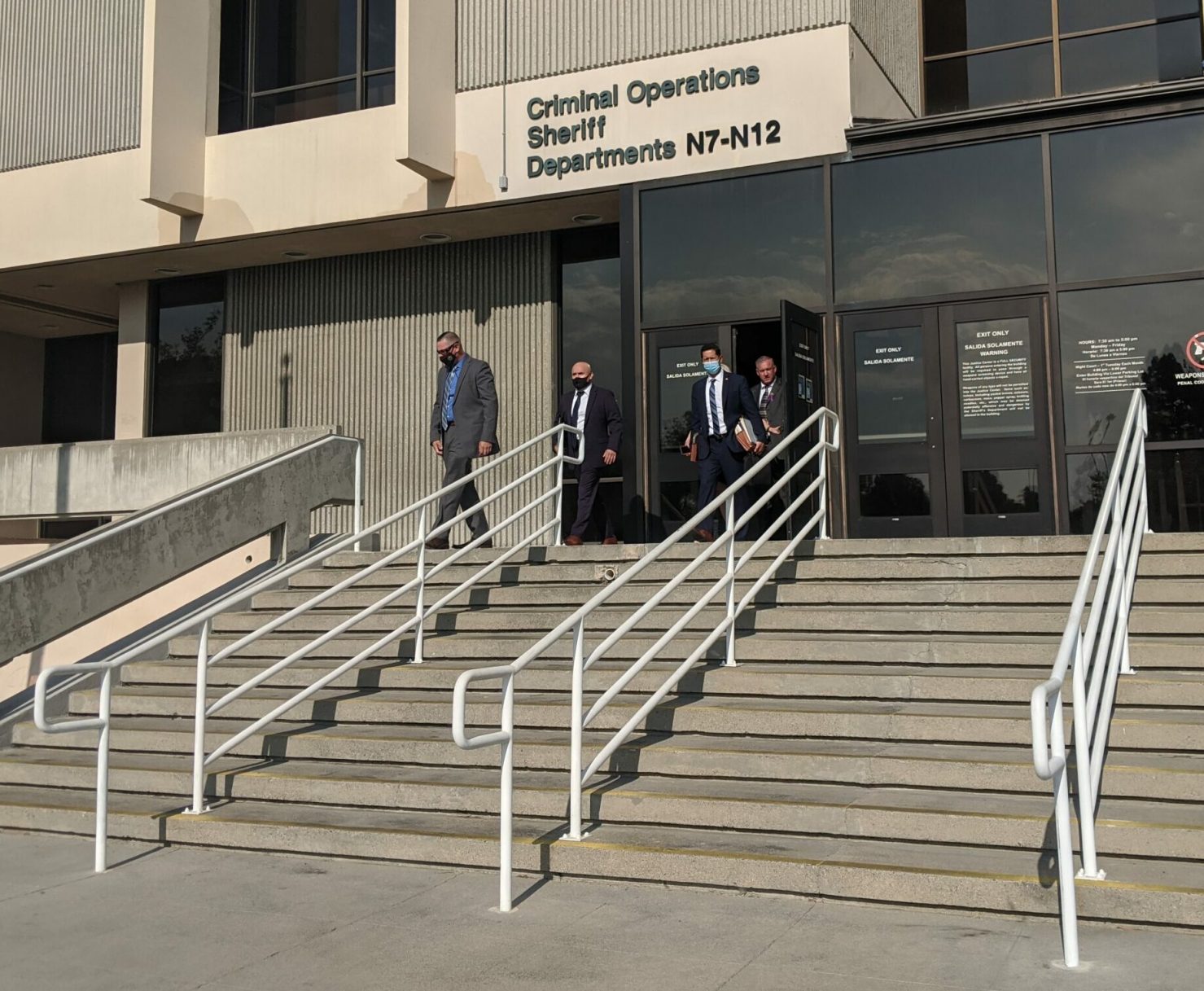 As they did during the hearing, activists and authorities have competed for narratives of what took place on that day, Sept. 26, 2020. ​​

Turner’s fellow activists and supporters say she was surrounded by a violent mob and acted in self-defense, launching a #FreeTia campaign shortly after her arrest. Up until her arrest, she led Caravan 4 Justice, a group that has staged numerous protests in Long Beach and Orange County. Turner’s former attorney, Ludlow Creary II, said in an interview last year that she had asked police for help from a hostile crowd but was ignored.

Orange County sheriff’s investigators and prosecutors allege that Turner intentionally drove through a crowd of counter-protestors, severely injuring a man and woman. In a statement last year, District Attorney Todd Spitzer described Turner and her group as “professional militant organizers” that “encourage others to engage in civil disobedience.”

Turner has pleaded not guilty. She could face life in prison if convicted of attempted murder.

The court this week heard testimony from witnesses including a sheriff’s deputy who searched Turner’s car after she was arrested, 911 dispatchers, a man whose leg was run over and a doctor who performed surgery on him.

Brian Willis, the man whose leg was run over, testified that he followed Turner to her car to photograph her license plate after seeing her pepper spray and brandish a stick at other counter-protestors.

Danielle Lindgren, a woman whose head was run over, did not testify during the preliminary hearing. Lindgren was also charged in January with a misdemeanor for possessing a baton during the Yorba Linda protest.

Videos and audio recordings during the day of the incident were also played during the proceedings, including one of Turner making a 911 call exclaiming, “We got people pulling guns on us.” However, law enforcement testified that they did not see guns at the protest.

Turner had initially faced 14 charges, but the judge dismissed six of them, including assault with a stun gun, illegal use of tear gas and filing a false 911 call. However, Gordon kept the more serious charges, including attempted murder, causing mayhem and counts of assault with a deadly weapon. 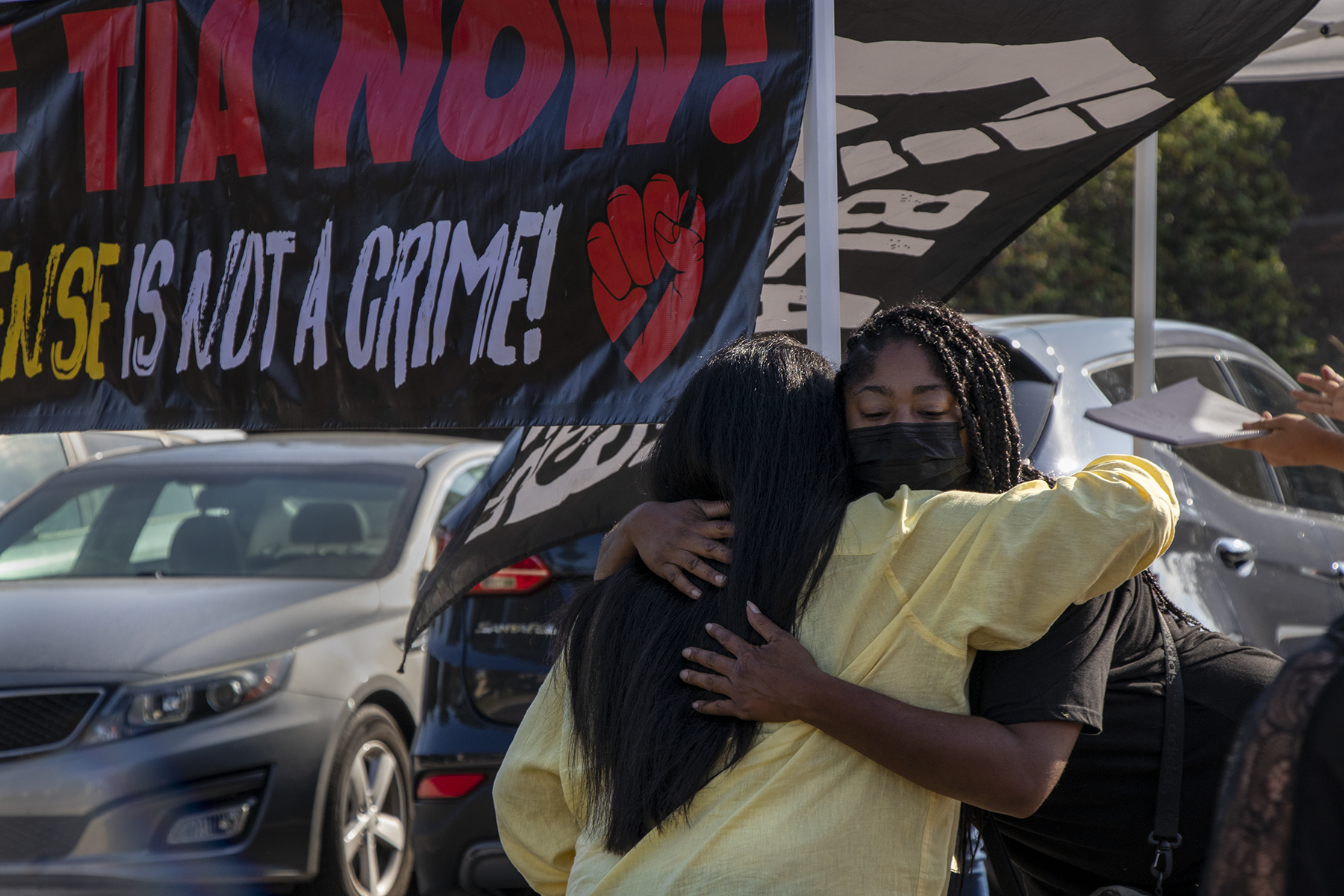 A woman embraces Tatiana “Tia” Turner after the first day of her Turner’s preliminary hearing at the North Justice Center in Fullerton on Tuesday, Aug. 31, 2021. Photo by Crystal Niebla.

Turner’s attorney, Alisha Montoro declined to comment via a text message. A spokesperson with the district attorney’s office couldn’t immediately be reached.

In a phone interview following the proceedings, Turner said Montoro may file for a new preliminary hearing because she wasn’t able to call all of her defense witnesses.

Montoro told the Orange County Register that she wasn’t able to call the witnesses because Judge Gordon set a deadline to complete the prelim by Thursday at noon. The judge set the deadline after repeatedly expressing frustration that the hearing, which was originally expected to last only six hours, had stretched into multiple days of testimony.

There was also tension among spectators during the hearing. Inside the courtroom and in an adjacent hallway, arguments broke out between those supporting the counter-protestors and those supporting Turner at the Fullerton courthouse on Thursday, the OC Register reported.

Turner remains free on $1 million bail. After leaving the courthouse, she said she’ll be returning to work early Friday morning for a gig building a set for a concert knowing a trial is now looming.

Next
IID Races to Restore Transmission to Geothermal Plants