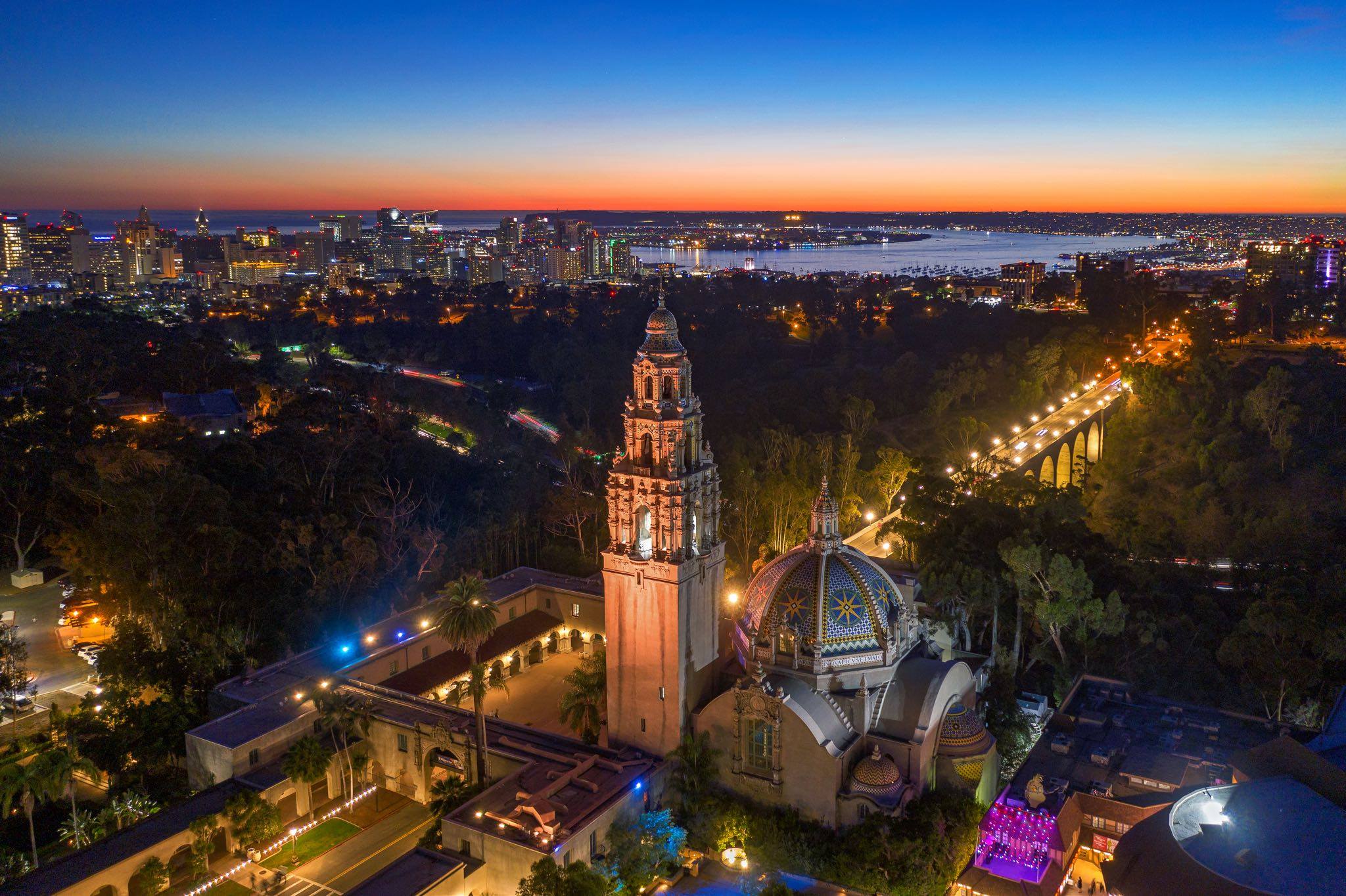 Balboa Park, the bayfront beyond, Petco Park to the south and Del Mar to the north are a few places to be this Labor Day weekend. Photo credit: Visit San Diego, via Facebook
Home
California
Share

But summer celebrations aren’t. Two come to a close this weekend, while at Balboa Park there’s a new beginning. Meanwhile, you can get your “I Love Lucy” on in Julian.

The San Diego Zoo’s Nighttime Zoo wraps up on Labor Day, meaning it’s the last chance to enjoy the animals through 9 p.m., along with rock, cover bands and world music. There’s also Dr. Zoolittle and animal characters in costume for the young’uns. Admission starts at $62.

The Del Mar Thoroughbred Club heads into its final weekend of the season too, with first post at 4 p.m. Friday, for eight races, followed by 11 each day through Monday, beginning at 2 p.m. Grandstand admission starts at $5.

Balboa Park has more going on than just the nighttime zoo this long weekend:

Cheer the Padres as they enter the heat of the pennant race in September in their fight for a wild-card spot. They welcome the controversial Houston Astros at 7:10 p.m. Friday, as they open one of their last two home stands of the season at Petco Park. Don’t miss part of Fernando Tatis Jr.’s possible MVP season, or hey, if you lean more toward craft suds, BeerFest, which also takes place Friday.

But how about tacos, tequila and a little beer too? Barrio Logan hosts the Tacos & Tequila Festival at HottMess and Sideyard BBQ Friday and Saturday. More than 15 breweries join in, along with food trucks, bands and bartenders serving up tequila pours. Tickets cost $40 for the evening event, starting at 6 p.m. each night.

Mountain West Awards 2 Aztecs with Player of the Week Honors

Classic comedienne Lucille Ball – first thing that comes to mind is either wine or chocolate right? If the grapes occur to you first, head out to Julian’s Menghini Winery for the Grape Stomp Festa at 11 a.m. Saturday. Stomp to your heart’s content, and enjoy sips and music too. Admission is $20, and tastings cost $1 each.

Heading into the home stretch on the weekend with barbecue? Yes, please. Our Lady of Light in Descanso hosts its 84th annual barbecue, at 11 a.m. Sunday. A plate will cost you, but admission is free, and includes live music, crafts, a rummage sale and a raffle too.

(This story originally appeared in Times of San Diego, which is part of the CalMatters Network.)

Next
Enterprise and Commerce Day Comes to Imperial